Relations between Saudi Arabia and the Hamas movement in the Gaza Strip are witnessing deep tension that risks further escalation in light of the Arab nation's decision to cut ties with Qatar, one of Hamas’ main financial backers. 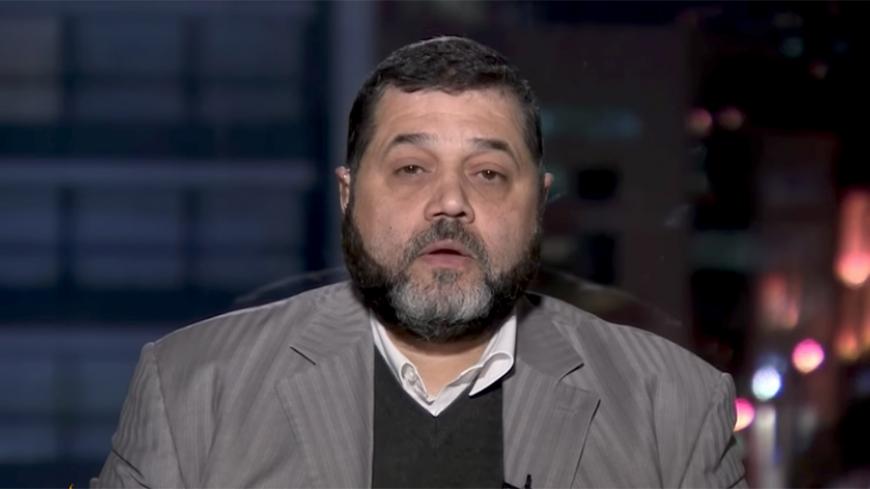 RAMALLAH, West Bank — The relationship between Hamas and Saudi Arabia is currently in a stalemate, and tension is expected to intensify in the coming days in light of the Saudi crisis with Qatar, Hamas’ most important ally among the Arab states.

Hamas’ foreign relations chief Osama Hamdan said in an interview with Al-Mayadeen TV May 31, “Our relationship with Saudi Arabia is at a standstill at the moment.”

He said that Hamas “seeks to liberate Palestine as a whole,” in reference to the movement’s opposition to the Arab Peace Initiative, put forth by Saudi Arabia at the Arab Summit in Beirut in 2002, in which the Arab states pledged to recognize Israel and normalize relations with it after the establishment of a Palestinian state based on the 1967 borders, which Hamas completely rejects.

However, after Saudi Arabia severed ties with Qatar and demanded Doha halt support to Hamas, the movement condemned this move and remained silent regarding the Gulf crisis.

In this context, the Saudi Asharq al-Awsat newspaper reported May 30, “Intensive meetings were held in Beirut between Hamas officials and leaders of the Iranian Revolutionary Guard Corps and Hezbollah, during which they agreed to resume the relationship between them. Iran pledged to continue providing financial support for the movement, especially since the new head of Hamas’ political bureau, Ismail Haniyeh, will be visiting Iran as soon as possible.”

During his TV interview, Hamdan did not hide Hamas’ rapprochement with Iran, saying, “The ties between Hamas and Iran have not been severed. Although some tensions arose in the past, our relationship has been on the recovery track for two years now.”

Hamdan pointed out that he visited Iran three months ago, a visit that was not previously scheduled or announced in advance in the media. On June 8, Hamdan announced that Haniyeh would head a Hamas delegation to Iran soon, without specifying a date for the visit.

There was a minor breakthrough in Hamas' relationship with Saudi Arabia after a Hamas delegation, headed by then-head of the political bureau Khaled Meshaal, visited Saudi Arabia on July 15, 2015, when King Salman bin Abdul-Aziz Al Saud took office. The visit came after a near rupture between the two sides over the Fatah-Hamas Mecca Agreement's failure to achieve Palestinian reconciliation sponsored by Saudi Arabia, which Hamas was held responsible for. During the visit, officials discussed the Palestinian reconciliation, relations between Hamas and Saudi Arabia, and the political situation in Palestine.

The latest Gulf crisis is a new hurdle in the Hamas-Saudi relationship, which could now turn into complete estrangement, after Saudi Foreign Minister Adel al-Jubeir called on Qatar to stop supporting Hamas on June 6, saying, “Enough is enough. Qatar should stop supporting groups such as Hamas.” The movement considered in a June 7 statement such remarks to be strange and abusive to both Saudi Arabia and the Palestinian cause.

Hamas has been criticized by Saudi media ever since the crisis with Qatar made the news. Abdul Hakim al-Hamid, the director of the Middle East Center for Strategic and Legal Studies in Jeddah, appeared in an interview with Israel's Channel 2 on June 5 and attacked both Hamas and Islamic Jihad.

A Hamas leader told Al-Monitor on condition of anonymity, “The Saudi stance against Hamas is expected to intensify in the coming period as a result of US President Donald Trump's visit to Riyadh. Meanwhile, Saudi Arabia has been seeking to build an alliance between some Arab countries and Israel against the resistance movements in the Arab world and all those who are hostile to Israel.”

In light of expectations of a further deadlock in Hamas' relationship with Saudi Arabia, which could pressure Hamas to reconsider its regional relations with Qatar or with Iran and Hezbollah, Hamdan said in an interview with Al-Monitor, “Hamas’ foreign relations policy is very clear and is based on the interests of the Palestinian people and the resistance.”

He added, “Hamas is not interfering in regional conflicts because it knows that this will harm the Palestinian cause. The incitement practiced by some Saudi officials against the movement is offensive to the Saudis themselves and reflects an ideological, moral and political perversion. [The Saudis] will later realize they were making a big mistake.”

Speaking about the possibility of Hamas responding to any request to sever its relationship with Qatar or with Iran and Hezbollah, Hamdan said, “Hamas' relations are not subject to anyone's conditions or demands. Hamas' decision stems from within the movement’s institutions and will only be in the Palestinian people’s best interest.”

For his part, Khalil Shaheen, a political analyst and director of the research unit at the Palestinian Center for Policy Research and Strategic Studies (Masarat), told Al-Monitor, “Hamas has never hidden its desire to open up to Arab countries, especially Saudi Arabia, but the latter prefers otherwise. The current crisis will delay any rapprochement between the two parties for a long time.”

Shaheen added, “What bothers Saudi Arabia the most is Hamas’ strong relationship with Iran, which is far more important than its relationship with Qatar, because Iran provides direct financial support as well as military support — either by providing training or developing the movement’s military resources.”

Ibrahim Abrash, a political science professor at Al-Azhar University, told Al-Monitor that the Gulf crisis proved that the map of alliances in the region is beginning to change, and these changes will cast a shadow over the Palestinians — especially Hamas.

He noted that the Saudi stance against Hamas has not been positive so far, in light of the remarkable rapprochement between the movement and Iran.

After some Arab states took a stance against Hamas and have hinted at their intentions of becoming closer to Israel, the movement's options seem limited, which could prompt it to restore its relations with Iran and Hezbollah — especially after the election of Hamas’ new leadership, which supports such ties.