Kuwait is negotiating to secure the release of dozens of Hamas members who have spent months in Saudi Arabian prisons with no explanation provided. 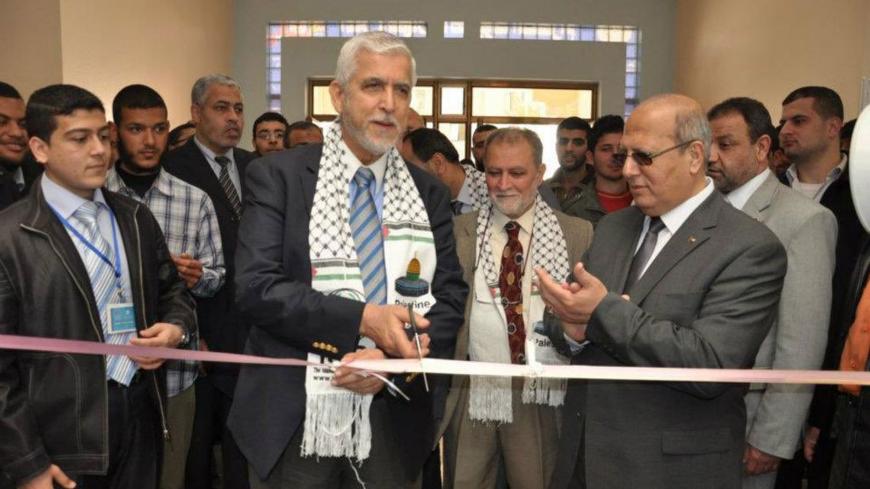 One of those under arrest is Mohammad al-Khodari, who holds dual Kuwaiti-Palestinian nationality. In a statement released Sept. 9, Hamas said Saudi Arabia has been holding Khodari, 81, and his eldest son since April 4 without giving any reason. Mohammad al-Khodari has resided in Saudi Arabia since 1992, where he was in charge of coordinating bilateral relations between the kingdom and Hamas.

Hamas said in its statement that it “remained silent for five months to make way for diplomatic calls and mediators’ endeavors, but no results were reached.”

The Geneva-based Euro-Mediterranean Human Rights Monitor told the UN Human Rights Council this month that some Palestinians have been forcibly disappeared in Saudi Arabia and that dozens are being held there without legal support. The details of their arrests and detentions remain unknown.

Mohammad al-Khodari’s brother, Abdul Majid Khodari, told Al-Monitor, “My brother was Hamas’ ambassador to Saudi Arabia for the past two decades. He worked and lived in the kingdom with approval from its king. But we were surprised that he was arrested for no declared reason.”

An informed Hamas source told Al-Monitor on condition of anonymity, “For the past five months, Hamas has asked several mediators, mainly Turkey, Lebanese Prime Minister Saad al-Hariri and Kuwait, to pressure Saudi Arabia to release [the Khodaris] and other Palestinians. But Saudi Arabia responded that the case was domestic and had to do with its security.”

The source added, “Despite the failure of mediators’ efforts, we are still banking on Kuwait to achieve a positive outcome. Kuwaiti officials promised to continue their mediation far from the media until the crisis is resolved and positive results are reached.”

The Hamas source said Kuwait’s mediation is special in this case because of Mohammad al-Khodari's dual citizenship. He worked as head of the otorhinolaryngology department at the Kuwaiti army’s military hospital in the 1970s and was part of the Kuwaiti medical team sent to the Syrian front during the October 1973 war. Therefore, his arrest is a Kuwaiti affair too, the source added.

Hamas politburo head Ismail Haniyeh regularly calls Kuwait’s emir to greet him on public holidays or to discuss pressing Palestinian affairs. Kuwait offers continuous support of $14 million per month to the PA’s budget, in addition to implementing several operational and developmental projects in the sectors of health, education and work in the Gaza Strip and West Bank.

A Kuwaiti parliament member close to the ruling family told Al-Monitor on condition of anonymity, “Kuwaiti officials and members of parliament held three calls with Saudi officials in the past five months to push for the release of Hamas members and leaders.” The source said Kuwait made several propositions to end the crisis, including seeking the release of detainees whose alleged crime or misdemeanor has not been proven. Another proposition suggested releasing all Palestinians and deporting them to Palestinian territories or countries where they hold dual citizenship.

Hamas spokesman Abdul Latif al-Qanou said he believes the United States is pushing Arab countries to pursue anyone connected to Palestinian resistance factions that are considered terrorist organizations. Saudi Minister of State for Foreign Affairs Adel al-Jubeir classified Hamas as a radical organization during his speech before the European Parliament in February 2018.

Qanou said he also believes Israel's influence can be seen in the matter. He told Al-Monitor, “These arrests coincide with Israel Prime Minister Benjamin Netanyahu’s repeated talk about promoting relations with Arab countries to face Iranian expansion in the region.”

Mustafa Sawaf, a political analyst and journalist who writes for Felesteen newspaper in Gaza, told Al-Monitor that Saudi Arabia's arrests of Hamas leaders and members “reflect new Saudi politics directly linked to the US 'deal of the century.'" That peace plan, which has yet to be officially unveiled but has already been rejected by Palestinians, "aims at thawing relations between Israel and Arab countries under the rationale of countering Iran and pushing them to oppose any Palestinian factions militarily operating against Israel.”