Intel: How Syria is driving a wedge between Russia and Israel

The show of unity during Israeli Prime Minister Benjamin Netanyahu’s visit to Russia on Sept. 12 can’t paper over the sharp differences between the two countries over Syria. 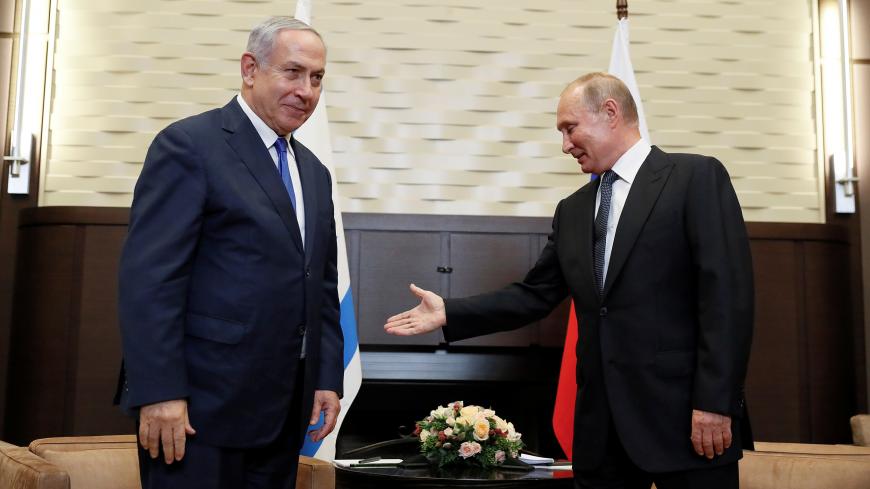 The show of unity during Israeli Prime Minister Benjamin Netanyahu’s visit to Russia on Sept. 12 can’t paper over the sharp differences between the two countries over Syria. Independent Arabia reports that Moscow has prevented several Israeli strikes against Iranian proxies in the country. A number of Russian and pro-government Syrian media outlets have published similar reports claiming that Russian jets based at Khmeimim air base were called to intercept Israeli aircraft over Syria in late August and September.

In Sochi, Netanyahu stressed the close cooperation between the two countries. Yet even his words of praise alluded to thorny aspects in the relations. “Our personal relationship … prevented a collision between our countries,” Netanyahu said. “This is a very important element for the stability of the entire region.”

Why it matters: There are two obvious reasons for Russia to play a more active role preventing Israeli airstrikes in Syria. First, Moscow’s commitment to its ally Damascus takes a reputational blow every time Israel delivers a strike. Second is the memory of the Sept.17, 2018, incident in which Syrian air defenses responding to an Israeli attack accidentally downed a Russian Il-20 spy plane, killing all 15 people aboard. The Russian Defense Ministry blamed the incident on Israel’s “irresponsible behavior.”

A less visible reason is that the Israeli strikes hamper Russian efforts to attract potential investors for Syria’s reconstruction. Several airlines have stated their intent to resume flights to the Syrian capital. Some Russian companies have been weighing investment opportunities in the planned construction of a new airport terminal. Russian officials have reportedly asked Israel to refrain from future strikes in the area of Damascus airport to avoid disrupting the processes.

Business as usual? A source in Syria with knowledge of Russian military goals told Al-Monitor that decreasing the Israeli military’s activity has been an acute issue for Moscow. “Over the past few months — the period that coincided with turmoil in national politics in Israel — [the Israeli army] expanded the geographic scope of strikes and their frequency,” the source, who spoke on condition of anonymity, said of recent strikes in Syria, Lebanon and Iraq.

“Oftentimes, the potential threat coming from Iranian and pro-Iranian facilities, for instance in Syria, is disproportionate to the Israeli response,” the source said. “The earth is literally shaking all night long when they are striking.”

That said, Russian jets may be patrolling near areas that Israel has singled out for attack, allowing the Russians to ensure that the strikes don’t go beyond an agreed-upon point.

What’s next: Russia has increasingly been partnering with Iran in their shared neighborhood. Thanks to this partnership, Moscow can emphasize its role as a fair mediator in the Gulf. But Iran is also an uneasy partner in the dialogue over Syria’s future and has a strong influence on the ground via local militias. That leaves Russia with an interest in some anti-Iranian actions, to strip Damascus of its ability to play Russia and Iran against one another. Israeli hyper-activity, in turn, puts Russia at risk of being both an eternal mediator and a hostage to regional rivalries. Moscow is thus likely to continue to advocate for fewer Israeli strikes for the safety of its own military and to stabilize the situation in Syria.