The French president appears to have convinced his host to confront Iran in Syria. 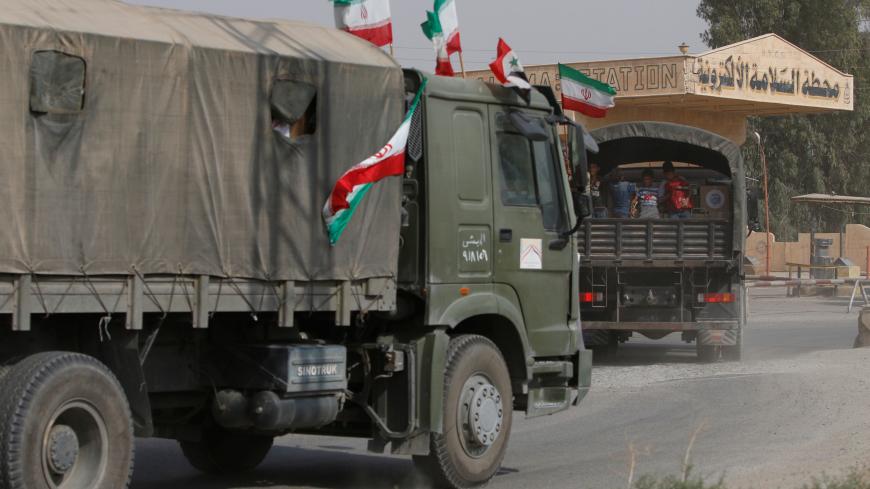 US President Donald Trump emerged from a wide-ranging meeting with his French counterpart Emmanuel Macron at the White House today with a new outlook on America’s role in Syria.

Instead of focusing on his oft-stated desire to quickly pull out the 2,000 US troops battling the remnants of the Islamic State (IS), Trump laid out a strategic justification for long-term US involvement in the conflict. He and Macron, he said, shared a common goal to “leave a strong and lasting footprint, and that was a very big part of our discussion.”

“As far as Syria is concerned, I would love to get out. I’d love to bring our incredible warriors back home,” Trump said at a joint press briefing with Macron after their meeting. “With that being said, Emmanuel and myself have discussed the fact that we don’t want to give Iran open season to the Mediterranean.”

The change of tone marked a significant win for the 40-year-old French president, who has used fist bumps, a military parade and an Eiffel Tower dinner to help persuade Trump to remain diplomatically and militarily active in the Middle East. Rather than rip up the Iran deal, Macron said, the United States should work with Europe to strengthen oversight of Iran’s nuclear program while keeping Tehran in check, notably in Syria.

“I’m very happy about the discussion we had together, because we raised very new issues and very new solutions together, and especially the fact that the Syrian crisis and the Syrian situation should be part of this broader picture,” Macron said.

Today’s comments alongside Macron represent a continuing evolution of the Trump administration’s public position on Syria.

Before his ouster, Secretary of State Rex Tillerson called for the United States to maintain an open-ended presence in Syria to roll back Iran’s influence and topple President Bashar al-Assad.

“US disengagement from Syria would provide Iran the opportunity to further strengthen its position in Syria,” Tillerson said in a speech at Stanford University in January. “As we have seen from Iran’s proxy wars and public announcements, Iran seeks dominance in the Middle East,” outlining the so-called land bridge strategy that Trump alluded to today.

At a National Security Council meeting in early April, Trump’s chief military and diplomatic advisers asked the president to leave US forces in Syria to prevent insurgent IS cells from regrouping at the Iraqi border. But that same day, Trump doubled down on his calls for a quick US troop withdrawal, while urging regional powers to step up with money and troops — an exhortation he repeated today.

“To me, the main thing [Trump’s advisers] achieved seems to be getting Trump to back off the idea that the US is going to leave soon,” Amanda Sloat, a former deputy assistant secretary of state for southern Europe and eastern Mediterranean affairs, told Al-Monitor. “But it does raise the longer-term question of at what point do we draw down, and what that does to [US-backed Kurdish forces] that remain in those liberated areas.”

The US-led coalition has trained more than 11,000 Syrian Arab and Kurdish troops since the start of the counter-IS campaign in 2015. By some estimates, Iran may have as many as 125,000 proxy forces in Syria, making up much of Assad’s troop strength as the seven-year war has decimated the regime’s once formidable army.

A surge of recent US airstrikes near the border with Iraq, in addition to $1.3 billion in the Pentagon’s 2019 budget request for Iraq and Syria, could be aimed at stopping fighters, weapons and supplies from moving back and forth. Specifically, the Defense Department is asking for $290 million to help Iraq monitor its border crossings with Syria, including scanners, 1,500 border guards and other equipment. But experts say Iran primarily extends its supply lines in Syria through the air.

“The Islamic Republic’s primary supply route to Syria has been the air bridge,” said Amir Toumaj, a research analyst at the Foundation for Defense of Democracies. “On the Syria side, the US doesn’t have ground influence in certain areas that the IRGC [Islamic Revolutionary Guard Corps] has, most prominently the border town of Abu Kamal.”

France has also doubled down in supporting Kurdish fighters despite risking offending Turkish President Recep Tayyip Erdogan, a NATO ally. Col. Ryan Dillon, a spokesman for the US-led coalition fighting IS in Iraq and Syria, confirmed to Al-Monitor today that France has provided strike aircraft, ground artillery and trainers in Syria during the three-year campaign.

It's not yet clear how the United States and France could hold territory to resist Iran, beyond current American postings on the border and providing money to train Iraqi troops and put up checkpoints. In January, US Defense Secretary James Mattis told reporters that Iran did not possess a “land bridge” in the region, and has called for the United States to stand by the UN-backed Geneva peace talks.

Despite balking at US commitments in the Middle East, experts say the commander in chief will likely defer to the top generals and diplomats running the war unless it hurts him politically.

“President Trump does not think about Syria unless it’s going to put a crimp in his game in the 2020 elections,” said Nick Heras, a Middle East fellow at the Center for a New American Security, a Washington think tank. “So as long as he can act like a tough guy and dodge a grenade, he’s fine.”