Tal Gilboa, one of the most famous vegan activists in Israel, says only Prime Minister Benjamin Netanyahu “takes account” of animals. 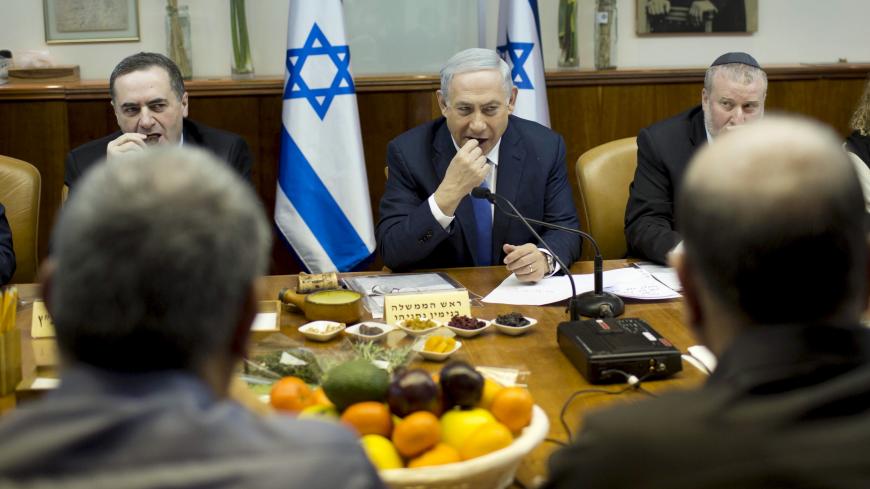 One of the significant electoral reserves that has recently appeared on the radar of Israeli political parties are vegans and vegetarians. Data from the Central Bureau of Statistics show that among those ages 18-64 in Israel, 5% are vegan and 5% are vegetarian. These are about half a million Israelis — representing a potential 15 seats in the Knesset — who are aware and concerned about the suffering of animals. In part as a result of all the Israeli restaurants and markets offering vegan and vegetarian food, several magazines and newspaper around the world have crowned the country as the Vegan Nation.

In the 2019 campaigns, it seems that one party has succeeded in controlling the vegan discourse in Israel, by means of an especially vocal spokeswoman, the activist Tal Gilboa. In June, Prime Minister Benjamin Netanyahu named Gilboa his adviser for promoting animal rights and welfare. The person responsible for this unique appointment was Yair Netanyahu, the prime minister’s son, who is vegan himself, and has befriended Gilboa.

Gilboa, who was even considered for a spot on the Likud’s list for the Knesset, is totally committed to the party’s campaign. She enthusiastically shares her political activities and diligently recruits supporters for the party. On Sept. 12 at the Tel Aviv Exhibition Gardens, she led the launch of the “Likud headquarters for animals,” and in recent weeks the party also published a video where vegans declare that, following Gilboa’s appointment, they will vote for the Likud.

“The Likud is the home of vegans in Israel,” Gilboa told Al-Monitor. “There’s no other party that did as much for the sake of animals. You have to listen to all the party leaders. None of them, other than Netanyahu, takes account of animals. The very fact that Prime Minister Netanyahu, who cares about so many things and is preoccupied by so many matters, is also concerned about animal — I salute him for that!” Gilboa said her closeness to the prime minister allows her to act for the sake of animals and promote steps that haven’t been done in Israel for many years. “As the prime minister’s adviser, I have direct access to most of the ministers. Not 'send me a fax' or 'set up a meeting with my secretary.' I simply text them directly, and promote huge steps in the field. As far as I’m concerned, such access to power does not go without saying.”

Someone who is not as excited about Gilboa’s actions is Kesem Kaufman, a veterinary assistant and vegan from Holon. “All of the disasters for animals have taken place under the Likud’s watch,” she told Al-Monitor. “Unfortunately, all the parties fail to help animals, but the Likud leads the pack. The Likud is the party that’s terrible for everyone, especially for the weak, and animals are the weakest in society. Gilboa intends to serve the interests of the Likud.”

Gilboa’s joining the Likud has raised some speculation among writers on the left, who argue that joining the Likud contradicts what they consider to be the anti-humane approach of the Likud in particular and the right in general. “Until she joined the Likud, I felt that I really liked her as a person. But joining the Likud says something about her character and worldview,” Kaufman said. “She’s done a lot for animals. But to join a party like that? I’ll save my words.”

Gilboa objects to these claims. “The Likud is no less humane than the Israeli left. Those that invented and institutionalized abuse of animals are kibbutzim in Israel, with their chicken coops and cowsheds that made them millions,” she said. “I’m tired of people policing discourse and telling me how to think. I’m right-wing and a vegan, and I’m more ethical than the leftists who eat animals. The attempt to move part of the people outside of the bounds of legitimacy is corrupt in my view. These people hurt the vegan struggle and turn it into a struggle of the privileged.”

Gilboa believes that her support of the Likud brings vegans closer to the party. “In my estimation, I bring the Likud at least one or two mandates [seats]. If there was a little more time to the campaign, I would bring in more. There’s a great movement toward the Likud, and vegans approach me all the time to tell me they’ll vote for the Likud, following me.”

Eitan Narkis, a vegan and print shop owner from the south, hasn’t voted for nearly 20 years, when he voted for the left. Following Gilboa’s joining the Likud, he decided to vote for the party in the coming election. “I have lost faith in the system,” he told Al-Monitor. “But Tal Gilboa has caused me to vote Likud for the first time in my life. I believe her, I see what she does, and if my little vote would help animals a little more, that’s enough as far as I’m concerned.” Narkis is not concerned about arguments that Netanyahu is cynically using Gilboa in order to draw vegan votes. “It doesn’t matter to me. What matters is that people no longer use animals, and Tal Gilboa does amazing work within the Likud,” he said.

“I don’t have any established statistics and I don’t pretend to know how vegans vote, but my gut feeling says that only a small proportion of vegans would decide whom to vote for based on only one parameter — animal rights, in this case,” journalist Aviv Lavie told Al-Monitor. Lavie, who covers environmental issues and is vegan himself, said, “I presume that most voters consider several other parameters, and so if there is a movement, it would be within the political blocs. That is, it could be that because of Tal Gilboa a vegan debating between Yamina and the Likud would decide to support the Likud. I find it hard to see a Meretz or Blue and White supporter moving to the Likud because of Tal Gilboa. We must remember that Blue and White has Miki Haimovich and that the Democratic Camp also has a long list of vegan candidates with a proven record of action in this area.”

Political discourse in Israel (and worldwide) has been characterized in recent years as a discourse of identity. It seems that Tal Gilboa has succeeded in one thing. For the first time, veganism is not necessarily considered part of the values of voters who associate themselves with the left. She has detached the left’s “ownership” of this value and agenda. For Gilboa, and she says it openly, this is one of her greatest achievements in her work for animals in recent years.