Now more than ever before, Israel’s gatekeepers must protect the country from Prime Minister Benjamin Netanyahu. 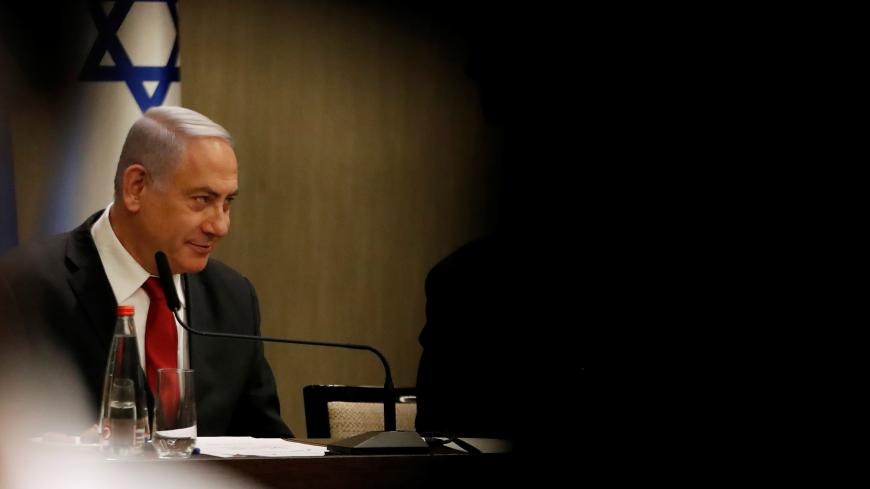 Yair Netanyahu, the prime minister’s son and shadow twitterer, dislikes the term “gatekeepers,” which he claims — erroneously — is unique to the State of Israel. In his mind, gatekeepers are the bouncers who greet him at strip clubs he patronizes. For Benjamin Netanyahu’s son-cum-spokesman, public servants, especially those employed by the state prosecution and police, “are miserable little clerks who serve radical left-wing agendas opposed to the voters’ will, frame innocent people and criminally leak skewed information to their friends in the leftist media,” as he put it in an Aug. 14 tweet. The Netanyahu family prefers elected officials who serve their agenda, frame photos of themselves with the prime minister and leak inflammatory information to their friends in the media.

The April elections resulted not with the composition of a government, but with the Knesset disbanded and with a decision to hold new elections in September. Consequently, ever since the April elections, Israel is ruled by a transition government with limited powers. This means that since the election held in April, more so since the one on Sept. 17, and until further notice, elected officials do not really express the will of the voter. As the Supreme Court ruled last month in a petition against the replacement of the director-general of the Justice Ministry, members of Israel’s caretaker government are not even authorized to appoint new senior officials. As proven by the debacle of Netanyahu’s attempts earlier this month to push through a law allowing political parties to film voters at polling stations, the temporary government does not even enjoy a Knesset majority to pass legislation, including the Budget Law.

On the other hand, the government is authorized to order an invasion of the Gaza Strip at the cost of hundreds of lives; the temporary ministers are authorized to approve a decision by the prime minister to invade Lebanon and even to bomb Iran’s nuclear facilities.

These scenarios are not the product of a deranged mind. Several days prior to the recent elections, head of the National Security Council Meir Ben-Shabbat asked Central Election Committee Chair Justice Hanan Melcer to prepare for a possible delay of the elections due to a large-scale military offensive in Gaza.

Such a postponement would not have been unprecedented. The 1973 Yom Kippur War resulted in a two-month delay of elections for the 8th Knesset. That horrific war, which resulted in the deaths of 2,656 Israelis and wounding of over 7,000 soldiers, was forced upon Israel. In September 2019, however, there was no report of a terror attack from the Gaza Strip that resulted in mass casualties in the Israeli communities bordering the enclave, which have been bombarded for years by rocket attacks from the Strip. The casus belli was the blow to Netanyahu’s pride sustained when, during a live broadcast of an election rally on Sept. 10, he was forced to abandon the stage to the sound of sirens warning of incoming rockets from Gaza.

In the late-night hours following that event, when Netanyahu conducted a hurried phone consultation with members of his security Cabinet, without informing the heads of the military and other security agencies, the critical role of the gatekeepers became chillingly clear. Maj. Gen. Sharon Afek, the Israel Defense Forces (IDF) military advocate general, was forced to clue in Attorney General Avichai Mandelblit in order to remind the prime minister that he would have to follow proper procedures if he wanted to launch war and delay the voting. In fact, other than avoiding loss of life, the “miserable little clerks,” as Netanyahu Jr. called them, also saved his father’s donors from having to shell out money for lawyers to represent him before an official commission of inquiry. As a reminder, the Yom Kippur War ended with such an official commission.

The responsibility on the gatekeepers of the state’s security, economy and judiciary increases the looser the checks and balances on the top echelons of power. When the head of a transitional caretaker government (Netanyahu) also serves as minister of defense, Chief-of-Staff Lt. Gen. Aviv Kochavi and Ben-Shabbat must be doubly vigilant. The leader who was willing to send the men and women of the IDF into the killing fields of Gaza in order to delay the elections for fear of their outcome is also capable of doing so to guarantee himself a coalition. He might believe that by launching such an operation, he would regain the support of Yisrael Beitenu leader Avigdor Liberman, who had pushed for such moves against Gaza when he served as minister of defense. Maybe Netanyahu believes that such a move would drive Liberman to join his coalition and serve again in his old ministerial position.

When the ruling party’s lawmakers play the role of extras in a film starring their leader, Mandelblit must stand rock solid as guardian of the state’s laws. When the leader is susceptible to blackmail by his coalition partners seeking budgets in return for their support, senior Finance Ministry officials must defend the state’s coffers. When State Comptroller Matanyahu Engelman serves the interests of the caretaker coalition, the caretaker opposition becomes the government’s main watchdog. This opposition includes a broad swathe of the public, Jewish and Arab, fed up with Netanyahu and with the group of cowards surrounding him.

Pundits tend to praise the Likud for its loyalty to the party’s leaders, rarely deposing them — unlike the rival Labor party. For the benefit of those pundits, following is an excerpt from an interview conducted by psychologist Dr. Ofer Grosbard for his biography of late Prime Minister Menachem Begin, with Brig. Gen. (Res.) Azriel Nevo. Nevo, who was Begin’s military secretary, spoke in the interview about the weeks and months that followed the launching of the First Lebanon War. “I knew full well there was a problem, because in September 1982, he [Begin] walked into his house, shut himself off and did not emerge for a long time, until the day he decided to resign in August 1983,” Nevo recounted. For almost a year, according to Nevo, at the height of the Lebanon War in which 654 Israeli soldiers were killed, including during the massacre at the Sabra and Shatila refugee camps, “the prime minister was not functioning.” The material that was sent to his home for him to review “was returned without comment. Sometimes, when there was something I had to do, I spoke with him on the phone. He would tell me, ‘Listen, exercise your common sense. If this way looks OK to you, then it is OK.’”

The government ministers also noticed his decline. Moshe Arens, then defense minister, recalled in the book that in June 1983 Begin implored him to scrap a planned trip abroad. “I felt as if I was speaking with a child, that he didn't want his mommy to go, that he didn't want to be left alone.” According to Grosbard’s book, President Yitzhak Navon recalled telling his wife, at the time, “The prime minister can't function and all these ministers aren't saying anything, and he has the country in his hands.” He did not share his concerns with the public.

Grosbard, who was awarded a prize by the Menachim Begin Heritage Center for his book, said in a 2006 interview with Haaretz that even after Begin stepped down, some “very good people” asked him to stay on. Among them were quite a number of senior gatekeepers.

Unlike Begin, when Netanyahu is under pressure he does not go into seclusion. He storms the television studios, full of energy, and fires in all directions. But even now, with the prime minister drowning in a sea of criminal suspicions, burying any prospects of peace with the Palestinians and inciting to hatred of the Arab minority, there are some “very good people,” among them important gatekeepers, who look the other way, keep mum, ignore the stench and follow him blindly.