Some Iraqi political forces are poised to form a shadow government, but other Iraqi groups say the effort is a fool's errand. 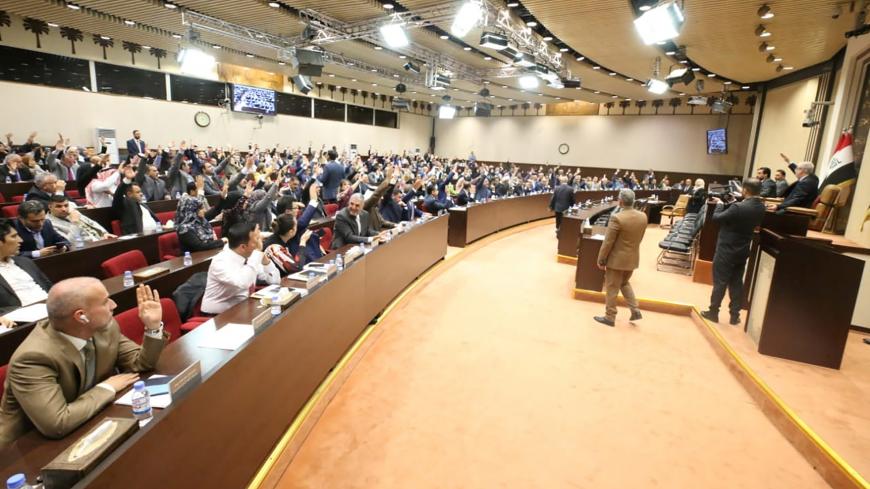 Ammar al-Hakim, head of the National Wisdom Movement, said Aug. 12 that efforts aimed at forming an opposition front would produce a “shadow government.” This comes after the concept of parliamentary opposition remained absent during the terms of three parliaments due to consensual multiparty democracy and the domination of the same parties for more than 10 years.

Baligh Abu Kalal, a top member of the National Wisdom Movement, told Al-Monitor, “The aim of the shadow government is to consolidate democracy with both pro-government and opposition camps and to offer an alternative to the current government through figures representing the opposition who diagnose the errors of the government and provide solutions and remedies.”

Abu Kalal said, “The shadow government will form committees to meet with some or all government ministries at the beginning in order to better evaluate and motivate performance.”

Abu Kalal responded to critics by saying, “Our opposition and the shadow government do not use extortion, nor are we seeking gain from our positions. Our opposition emanates from a disagreement about the approach adopted in key areas — some of which are political and others executive concerning fundamental issues, such as Iraq's stance on regional conflicts, fighting corruption, restricting the use of arms to the state, creating job opportunities and improving the economy and services — so we have abandoned all privileges and positions as a result of disagreement.”

State of Law coalition member Abdul-Hadi al-Saadawi told Al-Monitor that any future shadow government would fail "because some parties are seeking partisan interests.” Still, he said, “The rise of the opposition is caused by the weakness of Prime Minister Adel Abdul Mahdi's government, which failed to address sensitive files.”

The leader of the Victory Alliance, Ali al-Sunaid, told Al-Monitor that his grouping is now part of the opposition "seeking course-correction. Any withdrawal of confidence from the government should happen within constitutional contexts.” He said that initially, "The Victory alliance provided conditional support to Abdul Mahdi so as to preserve the gains achieved in al-Abadi government,” but that the current government has been performing poorly. The previous government was headed by Haider al-Abadi until October of last year.

Abbas al-Moussawi, a spokesperson for the State of Law Coalition headed by Abadi rival Nouri al-Maliki, told Al-Monitor, "The opposition project in Iraq is unrealistic.” He said, "The conditions for the success of the project are not available in Iraq like they are in countries with strong democracies, where both ruling and opposition parties know their roles and obligations, in order to achieve and improve performance. The idea of the opposition in Iraq is unclear, because all parties and blocs voted on the government program, including those that are calling for opposition.”

Moussawi also describes what is happening as “a partial opposition that opposes the federal government, which allocates funds and budget, but participates in local governments in the decision, positions and spoils.” He called the plan to form a shadow government "unrealistic and mere slogans.”

The director of Ettihad Center for Strategic Studies, Mahmoud al-Hashemi, outlined criteria for a shadow government. He said the party leading it “should rank second in the number of seats in parliament and the state should trust the party standing behind the shadow government [to the extent that] the president would call upon it to fill the void and run the country in case of the government’s failure.”

Hashemi said, "These conditions are not available in those calling for opposition, and the project of the Wisdom movement is a mere aspiration.” He said, “The shadow government project will not put pressure on the government of Adel Abdul Mahdi because the blocs standing by the prime minister are the most influential when it comes to keeping or overthrowing the government.”

Tamimi said this legal definition “allowed the expansion of the opposition inside the parliament, and this opposition may become the majority, to form a shadow government, preparing to control the decision-making process, if it is decided to withdraw confidence from the Abdul Mahdi government and topple it as per Article 16 of the constitution.”