Leaked documents from Iranian intelligence seem to back up Iraqi protestors' angry contention that Iran has corrupted top-level Iraqi politicians, though the politicians themselves offer rebuttals. 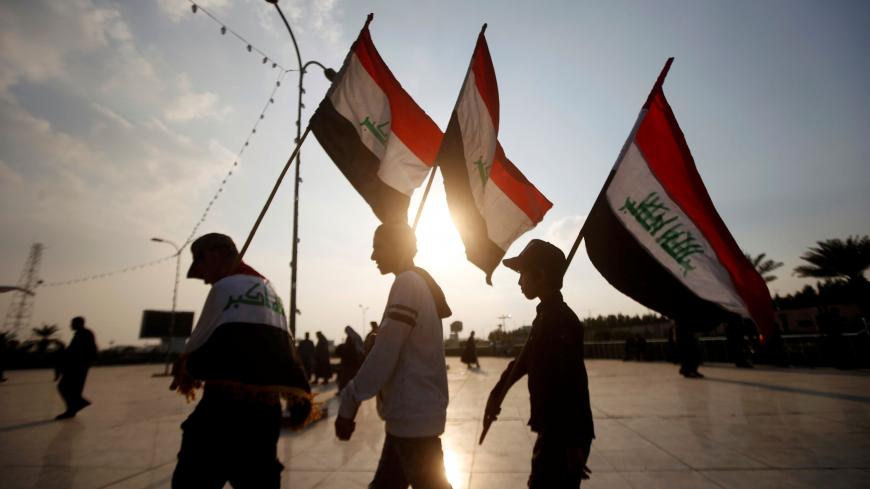 Many Iraqis are waiting for the other shoe to drop after The Intercept and The New York Times published "The Iran Cables," a report on more than 700 pages of anonymously leaked documents from Iran’s Ministry of Intelligence and Security revealing the extent of Iranian intervention in Iraq.

The documents, which both publications authenticated, mainly address the period of 2014-2015 and mention that that many prominent Iraqi figures have close ties to Iran. The report's publication Nov. 18 fanned the flames of mass protests ongoing in Iraq since Oct. 1. One of the protesters' major complaints is Iran's undue influence on Iraq's government.

Abbas Abboud, an academic and editor-in-chief of the Iraqi newspaper Al-Sabah, told Al-Monitor the leak isn't surprising "at a time of protests and escalation between the US and Iran in the Middle East.”

He added, “The Iraqi government has not succeeded in distancing Iraq from the US-Iranian conflict" despite its huge efforts. "The Iraqi government doesn't have many options to address this issue, especially since Iranian intervention happened through international anti-terrorism efforts, which was the same reason the US intervened.” He was speaking of the 2014 rise of the Islamic State (IS) in Iraq and Syria.

Abboud said, “Iran won the round [of competition for influence] and invested in its intervention politically because Iraq is important for it. But perhaps many do not realize that there will be a second round, which the US will win.”

Waseq al-Jabiri, a political analyst and adviser to the Iraq Center for the Development of Media in Baghdad, didn't rule out the veracity of the leaked documents, given "the rampant administrative and political corruption that forged foreign allegiances for personal and partisan ends," especially during that time.

But he spoke of the need to address the controversy they have sparked.

“Conflicting stances come from US supporters, on the one hand, and Iran’s supporters, on the other. For that reason, the Iraqi government should professionally and seriously deal with the information in the papers by taking legal and governmental action to verify them," he told Al-Monitor. "Legal, political and executive measures should be taken to reveal the facts" so the report can't be exploited, politicized or misread.

Among those named in the report as interacting with Iranian intelligence were top Shiite Iraqi officials such as current caretaker Prime Minister Adel Abdul Mahdi, former Prime Ministers Haider al-Abadi and Nouri al-Maliki, and Baqir Jabr al-Zubeidi (also referred to as Bayan Jabr), who had held many ministerial positions, including interior, finance and transportation.

According to the documents, Zubeidi was "very close" to Iran and approved its request to use Iraqi airspace to transport weapons to support Syrian President Bashar al-Assad.

Zubeidi's media office told Al-Monitor, “The documents that the American newspaper published are not official. They are mere words that are not based on facts. They are just leaks from anonymous sources that might be targeting Zubeidi personally to bring him down politically."

The office continued, "The newspaper correspondent contacted [this] office to inquire about the accuracy of the leaks and was provided with the facts on Nov. 14. These included that the agreement for airplanes to pass through Iraqi airspace was signed before Zubeidi took over the Ministry of Transport, and that the planes underwent periodic US investigation and moved humanitarian aid to the Syrian people."

Abadi, who heads the Victory Alliance, was mentioned in the report as being "quite willing to have a confidential relationship with Iranian intelligence." One Victory Alliance leader, Ali al-Sunaid, told Al-Monitor, “There are no official documents, be they American or Iranian, that can prove allegations of Abadi’s affiliation with Tehran. Abadi, who won the war on terrorism, naturally coordinates with parties that can help his country.”

The story also calls Abadi's Cabinet into question. Ibrahim al-Jaafari, a former prime minister who in 2014 was foreign minister, was named as having close ties with Iran, as was Abdul Mahdi and other ministers from that time.

The New York Times story also said one of then-parliament Speaker Salim al-Jabouri's top political advisers, who was identified only by a code number, was an undercover Iranian intelligence asset who regularly kept track of Jabouri's contacts with Americans.

Jabouri's office denied to Al-Monitor “any knowledge of calls between Jabouri and Iran" and dismissed the American report as "a deliberate attempt to further flare up the Iraqi streets.”

Economist Salam Smeasim, an adviser to the Iraqi Private Banks League, told Al-Monitor, "The documents’ importance does not lie in the names mentioned, as those are known to many, rather in their timing, as they coincide with the wide wave of protests that raised slogans against the Iranian presence in Iraq specifically.”

Smeasim added that the timing of the documents' release makes them dangerous because they put "huge pressure" on the government. "The information cemented the notion of [ousting] influential Iraqi figures whom people have been protesting against since 2003, as they belong to an Iran-led state in Iraq.”

He added, “If the Iraqi government takes the report seriously, public prosecution shall ... investigate suspects."

At the foreign level, Tamimi expects Washington to "freeze the funds of these individuals and ban their entry to the US, and it might resort to the Security Council to punish Iraq under UN Chapter VII, due to corruption and human rights violations.”

Naturally, the political forces and figures mentioned in the reports denied any connection to Iran. But their statements don't erase the wide-scale Iranian influence on Baghdad's political and security decision-making circles. The Iraqi people who protest against this influence in many cities across south and central Iraq are well aware of this fact.