The suicide of an Iranian soccer fan has reignited the issue of allowing women into Iran's stadiums, but the administration is unlikely to work toward a solution anytime soon. 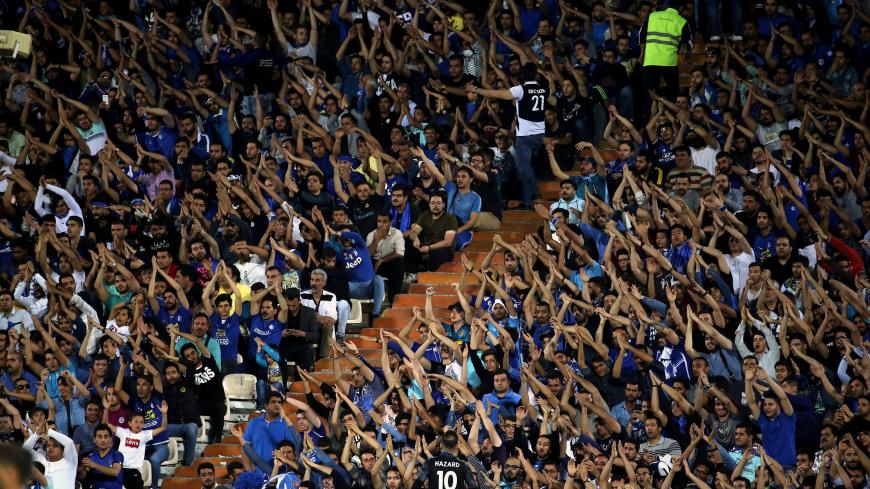 Sahar Khodayari, disguised as a man due to Iran’s ban on women in stadiums, attempted to attend a soccer game between Tehran’s Esteghlal FC and Abu Dhabi’s Al Ain FC at Tehran's Azadi Stadium in March 2019. She was arrested and released on bail days later. At the courthouse earlier this week, where her case was postponed, she reportedly overheard she could face six months in prison. She set herself on fire outside of the courthouse and later died at the hospital.

Khodayari was dubbed “Blue Girl” for the color of her favorite soccer team, Esteghlal FC. One of the great ironies in this case is that her favorite team’s name means “independence” in Persian and the stadium she was arrested for entering, Azadi, means “freedom.”

The tragedy has led to a lot of discussions, and was followed by a visit from the Federation Internationale De Football Association (FIFA). But those in Iran who advocate for loosening restrictions on women, in place for 40 years, seem to have little appetite for a domestic war against conservatives, particularly given the country's economic troubles and growing tension with the United States.

President Hassan Rouhani did not directly address the case at his latest cabinet meeting on Sept. 11. Vaguely addressing the economic issues of the country, he said, “The people are facing enough concerns and worries. … We must not allow carelessness to add to people’s worries and concerns.” It is not clear what Rouhani meant by this comment, but some have interpreted it as a reference to carelessness by the judicial officials involved in the case.

Ali Rabei, spokesman for the administration, said after the cabinet meeting, “The administration in general supports women entering stadiums.” He added that the Sports Ministry has provided the correct “infrastructure” at all stadiums to allow women to attend games played by the national team. Officials have made certain exceptions for international games.

Mahmoud Vaezi, chief of staff of the Rouhani administration, offered a counter take, arguing that now is not the time to allow women to enter stadiums because in “the current environment, supporters of opposing teams curse at one another.” He added, “If the environment at stadiums becomes moral and right,” the administration would not have objections. Regarding the case of Khodayari, Vaezi said that the administration “expresses sympathies with her family but under no conditions do we approve of self-immolation.”

Opponents of allowing women in stadiums are mostly conservative clerics and officials who have remained steadfast in their opposition despite public opinion cooling on the restriction. Brig. Gen. Gholamreza Jalali, head of Iran’s Civil Defense Organization, is one the latest conservative officials to address the issue. In a Sept. 12 message on the organization's website, Jalali said the case of the Khodayari is sad but that some people are using it to polarize the country. He criticized those who are promoting her case of being “charlatans” acting as though women entering stadiums were the only relevant issue for women in Iran.