Rouhani to have 'bitter words' for US at UN summit 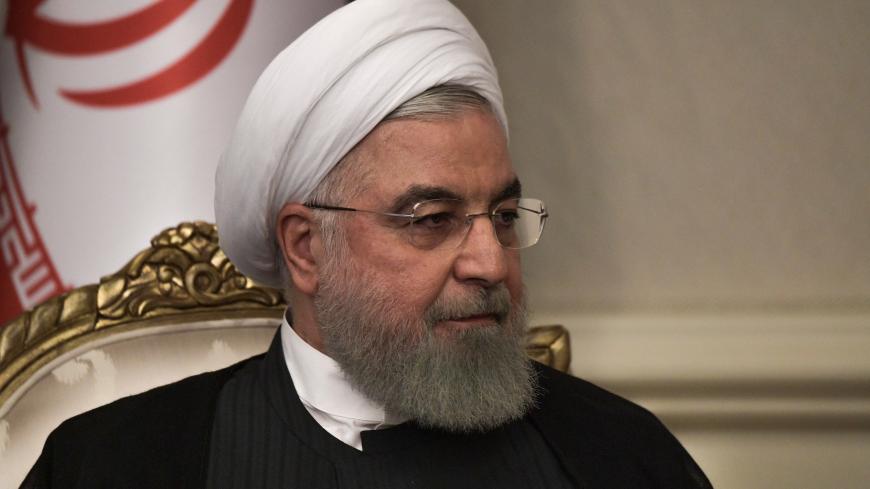 President Hassan Rouhani and an Iranian delegation departed Iran’s Mehrabad airport on Monday morning for New York to attend the 74th meeting United Nations General Assembly. “It is an opportunity to state and explain the views of nations, especially the great nation of Iran,” Rouhani told reporters. “Unjust and oppressive actions that have taken place against Iran today will be explained to the people and countries of the world.” IRNA, the news outlet run by the Rouhani administration, ran an article headlined, “The beginning of Iran’s diplomatic war in New York.”

Regarding limitations on the Iranian delegation placed by the United States, Rouhani said, “The Americans themselves should explain why. Either they are afraid of … bitter words or they do not want their own public opinion influenced.” Rouhani said that the UNGA trip is necessary “so that we speak at different levels of the UN," adding that Tehran has "reason and logic" and its enemies do not. The United States has confined the Iranian delegation to JFK airport, UN headquarters, Iran’s UN ambassador's residence and a six-block area in Long Island. On previous UNGA trips the Iranians were permitted a 25-mile radius of Manhattan’s Columbus circle.

This year’s trip almost did not take place due to visas delays for members of Iran’s delegation. Typically a delegation travels in advance of the president to make preparations.

Secretary of State Mike Pompeo called the attack on Saudi Arabian oil facilities, for which Yemen’s Houthi rebels took responsibility though the United States blames Iran, an act of war. In reaction, Rouhani said, “The secretary of state continuously makes illogical statements and unfortunately, so far I have not seen the secretary of state speak with logic. This situation is nothing but a wonder of history for a secretary of state to keep saying things that are incorrect and untrue.”

On US efforts to guarantee the safety of Saudi oil facilities with anti-aircraft weapons after the attacks shut major parts of production, Rouhani said, “This fight doesn’t have anything to do with us and concerns the US, China and others. They are taking advantage of this [crisis] to sign billion-dollar defense system contracts.” Rouhani added that despite talk of war and military strikes against Iran, the “US has other goals” that are rooted primarily in its desire to maintain a presence in the region.

Rouhani added that the foreign ministers of the remaining parties to the 2015 Joint Comprehensive Plan of Action will meet in New York. The United States exited the deal in 2018 and reapplied nuclear sanctions on Iran. As Europe has failed to secure a financial vehicle for the sale of Iranian oil, Iran has incrementally reduced its commitments under the deal. Rouhani said that Iran will explain its reasons for reducing its nuclear commitments at the meeting.

The president said, “For the first time in the conflict between Iran and the US in the last year and a half, we have reached a point where America has become isolated politically.”