The US secretary of state visits an Iranian diplomatic property in New York in a historic move related to the Iranian nuclear negotiations. 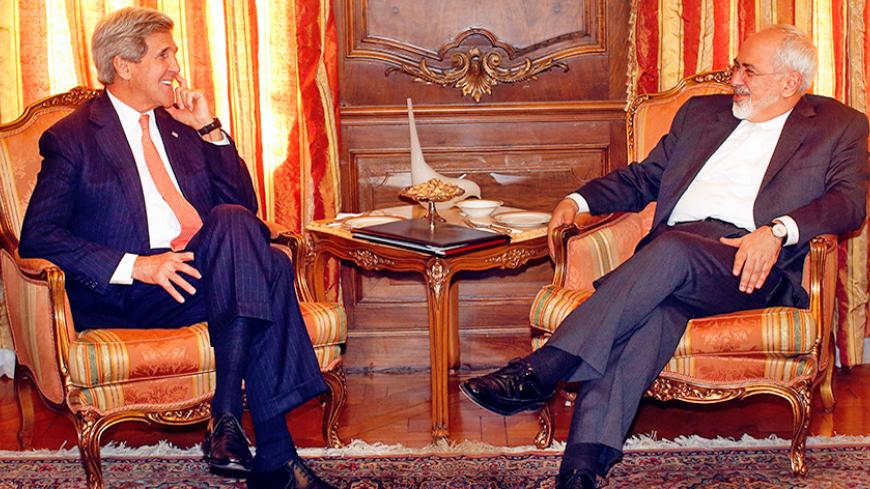 In a historic move, US Secretary of State John Kerry met with Iranian Foreign Minister Mohammad Javad Zarif at the New York residence of the Iranian ambassador to the United Nations on April 27, the first time in over two decades that the United States' top diplomat is known to have entered Iran diplomatic property — albeit one located in Manhattan’s Upper East Side.

Kerry and Zarif, accompanied by their top negotiators, met at the Iranian UN envoy’s Park Avenue residence — which used to be Zarif’s home when he served as Iran’s UN envoy — in the afternoon, on the sidelines of the Nuclear Non-Proliferation Treaty (NPT) Review Conference that got underway the same day at the UN.

It was the first meeting of Kerry and Zarif since Iran and six world powers reached a framework Iran nuclear accord in Lausanne, Switzerland, on April 2. Negotiators from Iran and the five permanent members of the UN Security Council plus Germany (P5+1) are trying to the finalize the comprehensive nuclear accord with all its details by a June 30 deadline.

“The hard work is far from over and some key issues remain unresolved,” Kerry said in his address to the NPT Review Conference on April 27. “But we are, in fact, closer than ever to the good comprehensive deal that we have been seeking. And if we can get there, the entire world will be safer.”

“If ultimately the [Iran] talks are successful, it will once again prove the power of diplomacy over conflict and reinforce the rule of law,” Kerry said.

Earlier in the day, lead US negotiator Undersecretary of State Wendy Sherman defended the prospective Iran deal as superior to any other arrangement for ensuring that Iran not pursue a nuclear weapon.

“With this agreement, we will have the most extensive system of monitoring and verification we have ever negotiated for any country anywhere in the world,” Sherman told a conference of the Reform Jewish movement outside of Washington on April 27 before traveling to New York to participate in the US-Iran bilateral meetings.

“We will have eyes into every part of Iran’s nuclear program from cradle to grave,” Sherman said. “And if we detect Iran is trying to break its commitments or violating the agreement, we will have every single option on the table to respond to them that we have today. So when you look at the comparison between the agreement we are negotiating and the chance that we would succeed, the better course of action is abundantly clear.”

US Energy Secretary Ernest Moniz, speaking to reporters in Washington on April 27, said that over the next two months, negotiators would work to finalize arrangements for how inspectors could access non-nuclear sites where there are concerns of past possible military nuclear work.

“There will be a process in place to establish reasons for needing access to particular places,” Moniz told reporters at a breakfast hosted by the Christian Science Monitor on April 27. “That process will not be blockable by one country or two countries.”

There will be a “very detailed understanding of the process to resolve the IAEA’s [International Atomic Energy Agency] Iran requirements for satisfying and clarifying the [past] possible military dimensions” of its program.

Moniz also reiterated that under the framework deal reached earlier this month with Iran, the only enrichment site Iran will operate will be at Natanz, and that the underground Fordow facility will have no enrichment, no fissile material and also no advanced centrifuge research and development.

Under the agreement, “Fordow is shut down as an enrichment facility,” Moniz said. “Nearly two-third of its apparatus will be shipped out. There will be continuous surveillance and monitoring.”

He added, “All of the enrichment and enrichment research and development will be at Natanz.”