President Ebrahim Raisi’s planned address to the UN General Assembly comes weeks after the Department of Justice charged an Iranian national with plotting to kill former US official John Bolton. 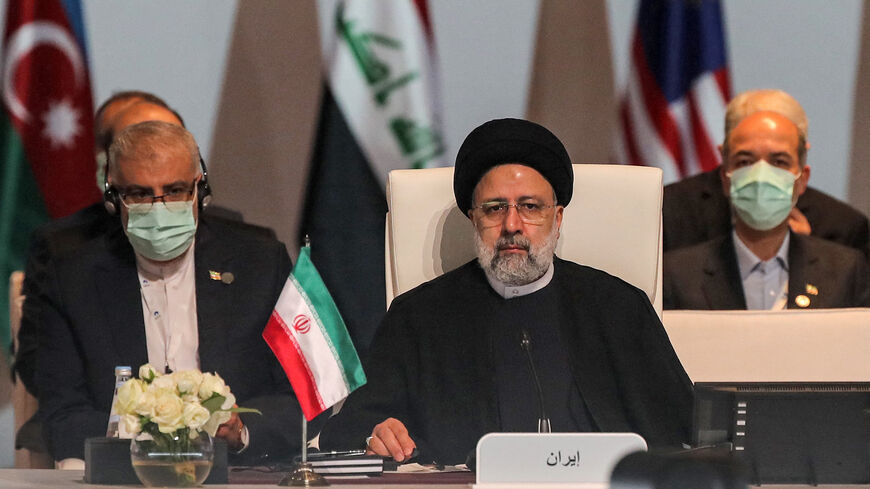 Of all the foreign heads of state set to descend on New York for next month’s UN General Assembly, the expected visit of Iran’s president, Ebrahim Raisi, might prove the thorniest for the Biden administration as it works to reenter a landmark nuclear agreement with the Islamic Republic.

An Iranian government spokesperson said this month that Raisi would seek an entry visa to attend the annual gathering of world leaders, which runs Sept. 13-27. The former hard-line judge and close ally to Iran’s supreme leader was elected president in June 2021, but did not attend last year’s UN summit in person due to the COVID-19 pandemic.

Raisi would not be the first Iranian president to address the 193-member body in New York, but he would be the first to do so while under US sanctions.

In November 2019, the Trump administration sanctioned Raisi and other members of the supreme leader’s inner circle for “advancing the regime’s domestic and foreign oppression.”

The sanctions order cited his participation in a “death commission” that in 1988 oversaw the execution of thousands of Iranian political prisoners. It also notes Raisi’s involvement in Iran’s brutal crackdown on Green Movement protests that followed the disputed 2009 election

Iran hawks have called on President Joe Biden to reject his visa request. A group of Republican senators urged Biden to deny Raisi and other Iranian officials entry into the United States, partially over Iran’s alleged targeting of US citizens and government officials.

"Allowing Raisi to travel to the United States — while his agents actively work to assassinate senior American officials on US soil — would gravely endanger our national security, given the likely presence of [Islamic Revolutionary Guard Corps] agents in the Iranian delegation,” the senators wrote to Biden.

Former UN Ambassador Nikki Haley echoed their call, telling Fox News on Friday that "under no circumstances" should Raisi step foot in the United States.

Last week, the US Department of Justice unsealed an indictment against a Tehran-based IRGC member who is charged with planning the assassination of former national security adviser John Bolton, likely in retaliation for the January 2020 US drone strike that killed Iranian commander Qasem Soleimani. Iran has denied involvement in the alleged plot, which was first reported by the Washington Examiner.

Washington and Tehran severed relations following the 1979 Islamic Revolution, but the US government is obligated to admit Iranian diplomats coming for UN business. Under the UN Headquarters Agreement signed in 1947, the United States must issue visas “without charge and as promptly as possible” to all foreign officials attending UN events in New York.

Citing visa confidentiality laws, State Department deputy spokesperson Vedant Patel declined to say whether Raisi would be granted a visa. But he told Al-Monitor on Thursday that the United States takes its obligations under the host country agreement “very seriously.”

The decades-old UN pact has meant there’s a long tradition of the US government issuing visas to brutal authoritarians and dictators who wished to attend the annual diplomatic summit.

Iran’s leaders have long used the platform to lash out at the West, including former President Mahmoud Ahmadinejad, whose tirades from the green marble dais prompted mass walkouts by diplomatic delegations.

Past administrations have denied visas over national security concerns, but experts say the legal basis for doing so is questionable at best.

In approving the US-UN pact, the US Congress passed a joint resolution in 1947 that said "nothing in the agreement … could [weaken] the right of the United States to safeguard its own security."

The Reagan administration invoked this law in 1988 when refusing a visa request from Palestinian leader Yasser Arafat, citing his links to terrorism. In 2014, the Obama administration denied a visa to Iran’s nominee for UN ambassador, Hamid Aboutalebi, over his involvement in the 1979 hostage crisis.

“Those are the much harder cases where I think the United States’ actions very reasonably raise eyebrows,” said Scott R. Anderson, a fellow at the Brookings Institution and a senior fellow with the National Security Law Program at Columbia Law School.

“Nowhere does [the UN Headquarters Agreement] suggest that there's an ability to just not let people into the country when they are doing legitimate UN business and the UN supports them being there,” Anderson said.

The US government can, however, make life more difficult for visiting diplomats. In 2019, then-Secretary of State Mike Pompeo granted a visa to his Iranian counterpart, Mohammed Javad Zarif, but limited his movement to a six-block radius that included UN headquarters, the Iranian mission and the Iranian ambassador’s residence.

Raisi’s visa request comes as US and Iranian negotiators are currently weighing what the European Union has billed as the “final text” of an agreement to restore the multilateral nuclear pact known as the Joint Comprehensive Plan of Action (JCPOA).

Raisi may want the deal closed before he meets with heads of state and other foreign officials in New York next month, said Trita Parsi, executive vice president of the Quincy Institute for Responsible Statecraft.

“Does Raisi want to come with the JCPOA in his pocket or without? There may be some incentives on the Iranian side to really make sure that this is done before he comes here, so he can come to a much better environment,” Parsi said.