Beirut's annual art and design fairs focus this year on past and future through the eyes of modern artists. 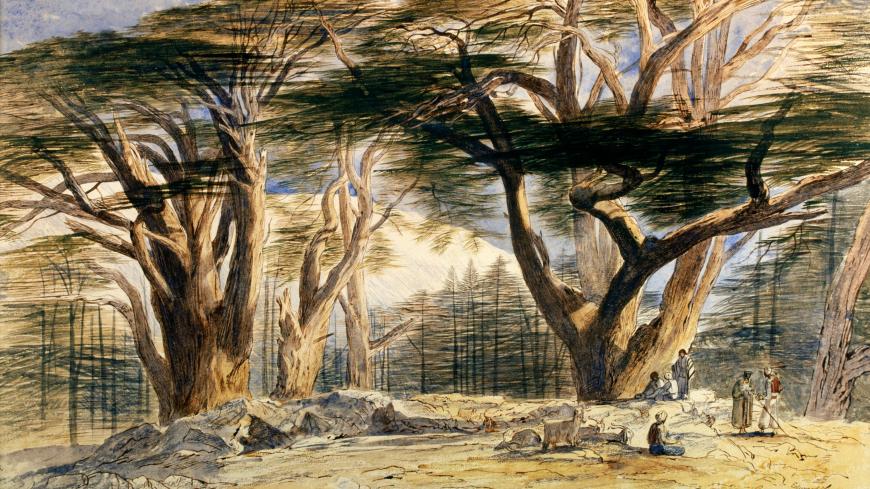 BEIRUT — This year's Beirut Art Fair and Design Fair (BAF/BDF) featured both emerging and established artists and designers from around the world, showcasing Lebanon's potential while exploring the unique history and future of the arts in the country.

The two fairs were held held in tandem at Beirut’s Seaside Arena Sept. 18-22.

The BAF hosted 54 galleries from 18 countries that collectively displayed some 1,350 artworks. The fair also included exhibitions, including “An Orientalist Voyage,” which highlighted selections from a private collection of some 300 artworks by European artists that portrayed Lebanon before the establishment of the modern state in 1943.

Philippe Jabre, a French Lebanese collector, and Gaby Daher started collecting the pieces 30 years ago, Daher, the curator of the exhibition, told Al-Monitor. “All the paintings were done in Europe. The artists would sketch [in Lebanon] and go home and paint the artworks for the European market,” he said.

Althought orientalist paintings are a large market overseas, many Lebanese do not know of their existence. “[The works] are very rare,” Daher said. “The challenge is to find them and to recognize them.” Pointing to a painting of a port by the French artist Prosper Marilhat, from the mid-1800s, he added, “For instance, I know this is Tyre [even though] it is not written.”

Daher said most governments collect paintings from the 19th century. “This is what the state of Lebanon should be doing, but they cannot afford it,” he said. Due to this, the works go largely unknown in Lebanon.

“Our main goal is to make Lebanese [people] aware of all these paintings,” Daher explained. “They have never seen them before, and they are amazed by these works.”

To this end, Daher and Jabre are planning to open a museum in Lebanon to house the artworks the two of them have collected. “You have to start somewhere, and hopefully people will learn more and more,” Daher said. “We have to leave something for the Lebanese.”

“There are probably hundreds of paintings all over the world by great Arab artists that are unknown,” the curator Abed Al Kadiri said, standing in front of dozens of pieces Madi painted in Italy in the 1960s and 1970s that were lost for 40 years.

“These paintings have never been exhibited before. … They were very close to disappearing,” Kadiri told Al-Monitor. Someone found them a few years ago in a basement in Rome.

Known for his sculptures and abstract paintings inspired by cubism and Islamic art, the newly discovered works illustrate the development of Madi’s ouevre, with landscapes and portraits of the Madonna radically different from his later works.

“Being an artist myself, people always ask [me], ‘How can you curate too,’” Kadiri said. “My idea is that doing this as a practice is very important for us, as Lebanese, to find the links between modern and contemporary artists...Working on the archiving is a huge responsibility.”

Many contemporary Lebanese artists are also going through an experience similar to Madi's in the 1960s, when he left for Rome.

“[Artists today] all need visibility abroad,” Guillaume Tasle d'Heliand, the founder and director of the Beirut Design Fair, told Al-Monitor. “A lot of them, if they can, go abroad, become recognized and come back. There is a cost to doing so, and you need to put bread on the table.”

D'Heliand noted that giving artists in Lebanon a platform for presenting their work to an international audience is key to addressing this need. “There is no other event like this [in Lebanon] with the opportunity to become visible worldwide,” he said, estimating that 7,000 people attended the opening alone.

While promoting untapped Lebanese talent to the world, BDF also highlighted local issues and the influence of the country’s history on art.

Rawad Rizk, scenographer for the BDF, erected two pavilions to house some 50 exhibitors, one reflecting Lebanon’s modernist architecture of the 1960s and the other with the arches and arcades found in traditional Lebanese buildings. Each structure represented a different period in history and different external influences.

“Lebanon has always been governed by outside powers,” Rizk said. “With this history, heritage has always been a question of conflict. What is heritage? Whose heritage? Are we Arab? Are we Phoenician? Are we orientalists? This subject was always hard.”

Rizk explained, “This is why I installed the pavilions. I wanted to bring forward the questions: What is our heritage, and who gets to define it?”

While acknowledging that he had no answers, Rizk said, “What I wanted to do is have these designers in these pavilions take their muse from their heritage and infuse it with Lebanese modern design, because I don’t want our country to be lost to international style. We can all do a minimalist spoon, but a Lebanese minimalist spoon should be different from a German one.”

Risk added, “Nada Debs is someone who works a lot with native ways, and she always infuses it with something contemporary. … It is a very modern design that is very Lebanese, so this is a success story.”

At BDF, Debs, a leading Lebanese designer known for her work with wood, exhibited “Patterns of Nature,” a series of cupboards created with the designer Salim Azzam.

“In this collection, I used a method of marquetry with a tin inlay that we hammered into the wood,” Debs told Al-Monitor. “It is a difficult technique, but it reflects the modern world today with the black lines. … So, this modernity [is combined] with typical marquetry work that has been around for centuries.”

Debs' incorporating traditional Lebanese design with international and modern elements embodies the themes of the fair.

Debs said, “I think my job is to take the craft and give it new life, giving the craftsman something new to work with and perpetuating the trade.”