Many women in Yemen's south would like to see a return of the more progressive rights they enjoyed before Yemen's north and south merged in 1990; could the Southern Transitional Council's gains against the Hadi government in Aden help bring this about? 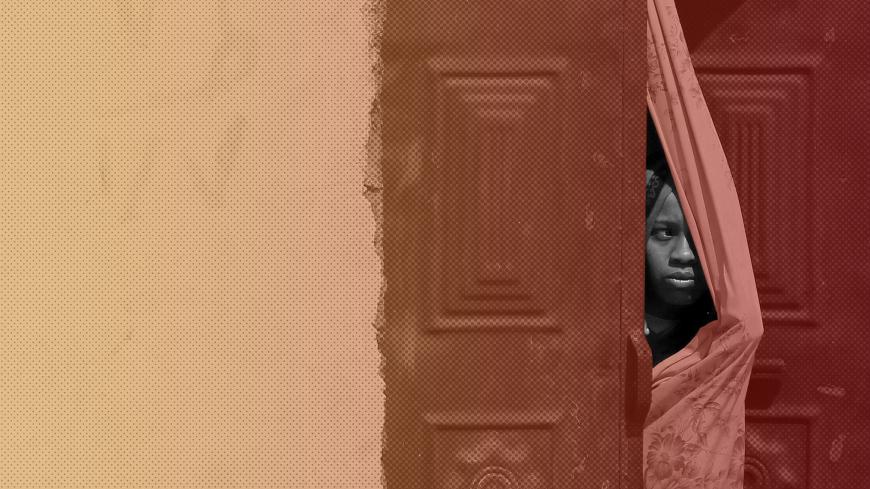 A Yemeni woman peers out from behind a door in the southern city of Aden, Yemen, Nov. 30, 2010. - KARIM SAHIB/AFP/Getty Images 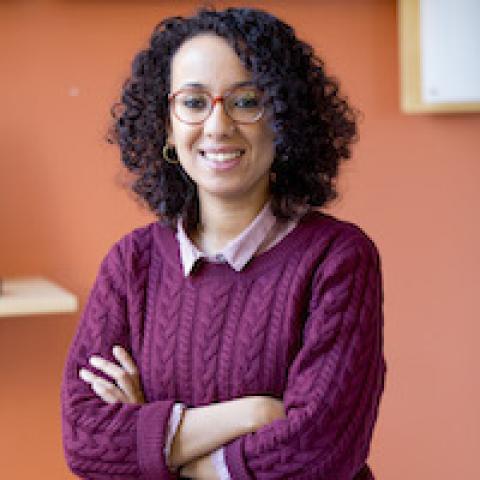 Speaking from a suburb of the South Yemeni city of Aden, a journalist explains how she fears for her life as neutrality is no longer accepted there.

“I had to leave home and hide for my own safety as I am facing an online smear campaign by unknown groups, saying I am disloyal to the south because I didn’t show support to the Southern Transitional Council (STC), even though I am pro-southern movement,” the journalist told Al-Monitor on condition of anonymity.

“What’s most dangerous is that such smear campaigns against us females could ruin our reputation forever,” she said.

Fighting in Aden between STC military forces backed by the United Arab Emirates and the forces of the Yemeni government of President Abed Rabbo Mansour Hadi since early this month has killed or injured at least 300 people, with a major impact on the humanitarian situation for civilians and a rise in oppression against dissident voices. The STC has taken control of most of the state’s buildings in Aden; the southern secessionists' move undermines the Yemeni government's efforts to restore its legitimate authority and the unity of the country as a whole. There seems to be a de facto partition in which the north is controlled by the Houthis and the south is to be controlled by the secessionists.

Southern women are divided over the current situation and how it will serve women’s rights in the future.

Women’s political activism in Yemen has been typically depicted as homogeneous, whereas in reality it takes many different forms. In the context of women’s political role in South Yemen, notably, southern women have diverging tracks — for example, there are those who campaign for peace and unity and those who struggle for peace and independence.

“Working as a journalist for more than a decade attracted me to politics but ever since I joined the Peaceful Southern Movement [al-Hirak al-Salmiy al-Janubi] in 2007, I realized the significant role I could play as not merely a woman but as a citizen of South Yemen in the first place,” said Sara al-Yafi’e, an STC member in Aden.

The STC was established in 2017, and Yafi’e was elected to a seat on the council's National Committee. The STC seeks to restore the South Yemen state that existed before South Yemen and North Yemen united in 1990. It is believed there are around 25 other political groups in the south seeking independence.

“I wouldn’t have joined STC if I didn’t believe it can achieve our demand for independence,” Yafi’e said.

Women such as Yafi’e have been playing critical and various roles in politics, including activities involved in military efforts, the defense of human rights, peace-building actions and the push for women’s political power in the south of Yemen.

“I was born in 1977 and I have witnessed both life before and after unification, and I saw how — pre-unity — women’s rights were not only respected but also women were included in almost all decision-making processes,” said Huda al-Sarari, a human rights defender in Aden.

“But since the 1990 unification, gender equality eroded, education quality deteriorated sharply, gender-based segregation began and expansion of northern culture to the south contributed to the weakening of women’s role in the south,” she said.

After unification, an ill-thought-out and failing nation-building process was applied in the name of integrating the two societies of the north and the south. Southerners faced a northern-dominated central government, and dismissal from the civil and security services, among other grievances. The southern movement (al-Hirak) was officially born in July 2007 with regular sit-ins, marches and demonstrations — which were met with brutal repression by President Ali Abdullah Saleh’s regime.

The 2011 uprising realigned the general national debates. The UN- and Gulf Cooperation Council-backed National Dialogue Conference managed to work out a federal plan to resolve the southern issue and make advances in women’s rights all across Yemen. But all that progress was obstructed as Houthis began their takeover of Sanaa in 2014 followed by the Saudi-led coalition military operation in 2015. As the war rages on, various women have played different roles and southern women once again faced the “southern question.”

The south has witnessed relative stability and progress since its liberation from Saleh and Houthi forces in August 2015, but economic, political and security instability have impacted women and their families and communities.

“Deterioration of the education sector, ruralization of Aden, security instability, terrorist attacks, economic hardship, political marginalization, a rise in child marriage, institutional aggression against women and growing gender-based violence and shrinking access to public spaces are some of the obstacles females in the south face today,” Sarari said.

Yemen still faces the world’s worst humanitarian crisis. The UN report states, “Conflict-related loss of male breadwinners in Yemeni families adds to the economic burdens women face, especially in the case of female-headed households.” The absence of adequate empowerment and support have led women and girls to negative coping strategies such as child marriage and child labor, according to the UN report.

Sarari said, “When one argues that everyone in the south today is marginalized, I would argue that the situation is worse for us women because females used to at least enjoy positive discrimination but today their suffering is double.”

While women from both the north and south have had an extremely limited space to participate in previous Yemen peace talks, the Women’s Pact for Peace and Security (WPPS) group sponsored by UN Women was formed in 2015, working as both a consultative body to the UN special envoy for Yemen, Martin Griffiths, and to advocate for increasing women’s political participation in official processes.

Many claim UN Women has not paid enough attention to southern women’s political demand for independence and peace. Heba al-Aidarous, a WPPS member who is a lawyer and a former STC member, said, “Every time I attend UN-led women events it becomes increasingly clear to me that the UN doesn’t support the southern issue at all. Yes, I am a member in WPPS but the UN’s intention in including southern women in the group has been only to have a balance between northerners and southerners — and the majority of the southerner members were chosen for their pro-federal system stance.”

“I think we need one or two generations to achieve the progress we need.”

Meanwhile, meaningful women’s political participation has been limited in the major presidential body in the STC, with only three women out of a total membership of 26. One of the three female members, Suhair Ahmed, justified the limited women’s participation by saying that full gender equality hasn’t been achieved globally yet. “STC is still evolving but for now the current women’s participation is sufficient for the patriarchal society we have,” Ahmed said.

Patriarchal laws have impacted women all across Yemen in its modern history. Some southern women see significance in one of the outcomes of the UN-GCC-backed National Dialogue Conference, which produced a new constitution draft that represents a step toward gender equality for all women.

“I am a strong believer that unity is the key for Yemenis and especially Yemeni women,” Samira al-Awlaqi told Al-Monitor in Yemen. “The constitution draft would not only serve all Yemenis more progress and justice but it would also advance all women’s rights across Yemen. So why don’t we all advocate for that?”