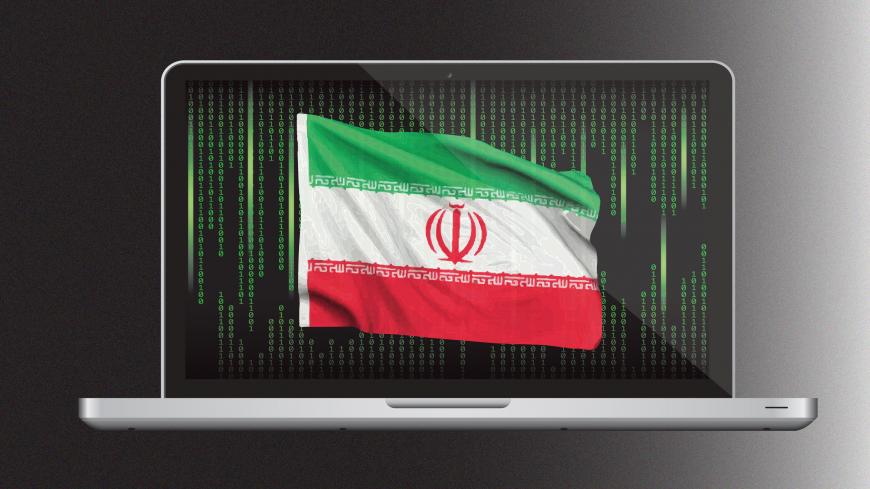 Despite Russia’s partnership with Iran and routine criticism of US policy toward Tehran, Moscow’s response to reports that the United States launched a cyberattack on “computer systems that control Iranian missile launches” has been very curious. Most interesting is that Russia has hardly responded at all.

Russian officials have publicly acknowledged reports that President Donald Trump approved and then canceled military strikes on Iran; the day following this news, Deputy Foreign Minister Sergey Ryabkov described the situation surrounding Iran as one that was “on the brink of war.” Nevertheless, Ryabkov did not address the reported US cyberattacks either in those comments or later. A capable professional, Ryabkov speaks to the media regularly about Iran-related diplomacy as Russia’s principal negotiator of the Joint Comprehensive Plan of Action, from which the Trump administration has withdrawn; he has also been one of Russia’s top diplomats in addressing other nuclear and security issues. Other Russian officials have not discussed the reported cyberattacks either.

Also striking is that Russia’s domestic media did not report the cyberattacks that The New York Times revealed on June 22. Russian experts contacted by Al-Monitor had likewise seen no domestic Russian news coverage of US cyberattacks on Iran’s missile control systems.

Notably, the Russian media organization that did refer to the attacks is not a domestic one. Russia’s foreign-language website Sputnik News, a government-controlled propaganda organization, ran several stories about the reports. These included a story about simultaneous US cyberattacks on Iranian intelligence organizations, another presenting Iranian government claims that US cyberforces “have yet to carry out a successful attack” on Iran, and a third describing a new, indigenously developed Iranian military communication system that an Iranian news service called “invulnerable to hacks.”

Why has Moscow demonstrably constrained domestic discussion of the reported cyberattacks on Iran, to the extent that Russian officials have not mentioned this, while presumably directing externally oriented state media to acknowledge the attacks but downplay them? This is an interesting question.

Russia’s government and military view potential cyberattacks as profoundly threatening, especially if the attacks may affect key military systems. Russia’s Military Doctrine explicitly defines “impeding the operation of systems of state governance and military command and control of the Russian Federation” as one of the “main military threats” to Russia. Retired Lt. Gen. Evgeny Buzhinsky, a top Russian military negotiator on international security issues, told Al-Monitor that Russia’s military services view cyberattacks as “extremely serious” and even “very close to the nuclear threat” in the dangers that they pose.

There are likely many reasons for this, but most important may be that in the US-Russia strategic relationship, a disabling cyberattack on military command and control systems could be a prelude to a nuclear first strike, with a view not only to shutting down or degrading defenses, but also preventing retaliation. Thus, Moscow and others see the risk of successful cyberattacks on these systems as weakening deterrence and undermining strategic stability among nuclear weapons states. Buzhinsky confirmed to Al-Monitor that Russian military officials see “cyber as an integral component of strategic stability.” Effective missile defenses — even limited defenses like those the United States is deploying — exacerbate this problem for Moscow and others by possibly permitting America to risk absorbing a weakened retaliatory attack with its defensive systems even if such systems could not reliably stop a full-scale strike by Russia or another state capable of a massive nuclear missile attack.

Moreover, Iran is using Russian missile defense systems, including the S-300 missile system that Moscow delivered to Tehran. Publicly available reports don’t specify whether the US cyberattacks may have targeted these Russian systems or, for that matter, whether or not the attacks worked. The original New York Times story divulging that the attacks took place notes that it would be quite difficult to know this without watching Iran attempt and fail to fire missiles, something that might have been tested if Trump had not canceled conventional military strikes.

Buzhinsky expressed skepticism that US cyberattacks could have taken down Russia’s S-300 missile system. “If [America] really managed to switch off the Iranian air defense, I mean the control system of Iranian air defenses including the S-300, which they operate, I congratulate you,” he said, adding, “But, well, I doubt it.” That said, Buzhinsky was confident that if America targeted the S-300s, Moscow would know. “Our special services monitor the situation closely, and irrespective of the Iranian response or sharing of information, I am sure that if that really happened, our services know what happened and in what way the United States succeeded or did not succeed.”

Whatever took place, Iran’s use of Russia’s S-300 missiles makes the reported cyberattacks a deeply politically sensitive matter inside Russia. Russian domestic media attention to the attacks would inevitably raise questions about whether or not US forces had succeeded in knocking out Iran’s S-300s and whether they could do the same to these and other missile systems that Russia’s armed forces currently operate — and upon which Moscow relies for Russia’s national defense.

Addressing these topics domestically would not only raise questions about Russia’s vulnerability to a potential US attack (calling into question President Vladimir Putin’s ability to defend the country and thus his abilities as a leader), but also puncture the Russian military’s new domestic and global image as a modern, effective and successful fighting force, developed through four years of combat in Syria; undermine Russia’s efforts to market its missile systems internationally; and complicate Moscow’s continuing attempts to engage with the United States by stoking domestic fears of US intent. Asked by Al-Monitor, Buzhinsky said he has "a feeling that the Russian government is not eager to discuss such matters and somehow instigate the public interest to such issues,” which would “of course” raise questions about whether Washington might target Russia with similar cyberattacks.

Sputnik’s efforts to dismiss the US cyberattacks on Iran are consistent with this analysis; they may represent an effort to limit the international fallout from a possibly successful US cyberattack on Iranian-operated Russian missile systems while avoiding domestic discussion of the matter. Whatever Moscow’s intent may be, its unusual nonresponse to the reported US cyberattacks deserves closer scrutiny.