A campaign by Yad L’Achim that features Israeli liturgical performer Ziv Yehezkel calls upon Arabs with Jewish roots to return to Judaism. 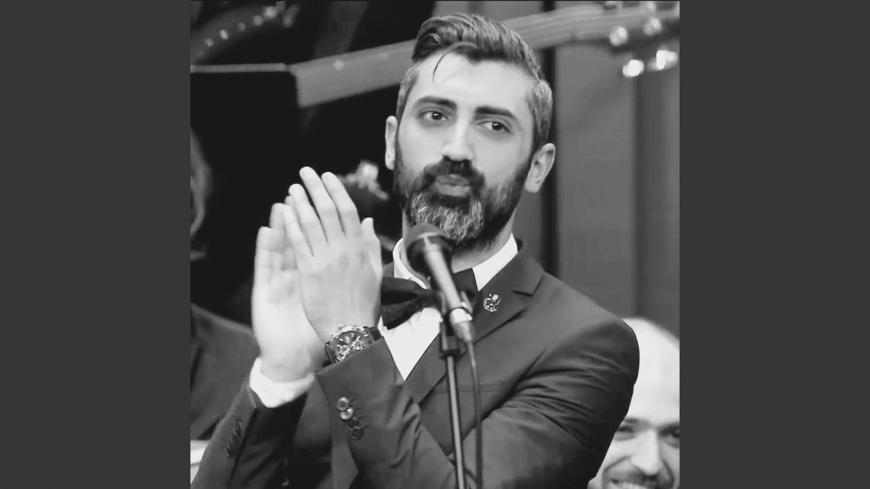 An Israeli online campaign in Arabic has been a surprising success. The campaign, which was launched just before the Jewish holiday of Shavuot, which started on June 8, encourages Muslims with Jewish roots according to Jewish law to return to Judaism. This unusual and unprecedented effort was launched by the group Yad L’Achim, which describes itself as doing everything so that "we do not give up even on a single Jew." The organization fights against "missionary activities," loss of identity and assimilation of Jews, seeking instead instilling Jewish values.

According to Jewish law, a person’s identity as a Jew is passed on through matrilineal descent. This means that if the mother or the maternal grandmother are Jewish, so are the children and grandchildren. The organization is now attempting to reach Muslims who are Jewish according to the principles of Jewish law, so that they can be led back to the Jewish people. The campaign has made waves across social media, with Muslims from countries like Jordan, Lebanon and Yemen approaching the organization in response.

The star of the campaign is Ziv Yehezkel, an Israeli liturgical performer who speaks fluent Arabic. Yehezkel is active in revitalizing classical Arabic music — such as that performed by Umm Kulthum, Abdel Wahab and Abdel Halim — and serves as a soloist of the Arab Orchestra of Nazareth. He appeared as a soloist in tributes to Umm Kulthum, and his performances are popular among Israel’s Arab sector, in the Palestinian Authority and Arabs around the world.

“Anyone whose mother or grandmother is Jewish, is a Jew as well,” Yehezkel tells viewers in his videos. “The Jewish people want you back and welcome you with open arms. … This is an opportunity for anyone born of a Jewish mother to say to himself, ‘I want to renew my bond with the Creator.' If you are the child of a Jewish mother, it’s time for you to start your life anew.”

Rabbi Shmuel Lifshitz, a leader of the Yad L’Achim organization, told Al-Monitor that under no circumstances is the group attempting to convert Muslims. “Judaism opposes proselytizing, and our organization is in no way involved in conversions. We do not want any Muslim to change his religion. On the contrary, we oppose that. Our activity is directed exclusively at people who are Jewish according to Jewish law and who are interested in their Jewish roots.”

Lifshitz also emphasized that the organization’s goal is not necessarily to encourage these people to immigrate to Israel. “We are not a Zionist organization and encouraging immigration to Israel is not one of our objectives. It is only natural that a Jew living in an Arab state will feel safer among people who share the same religion, but we will help those people regardless of whether they choose to relocate to Israel or the United States.”

According to the organization, quite a few people approached them in response to Yehezkel’s video. “To date we have been contacted over one thousand times by people from across the Muslim world, as well as from Israel and the Palestinian Authority,” said Lifshitz. “Each message we receive is investigated in depth to confirm that the person really does have Jewish roots. As of now, some 30% of these messages is in an advanced stage of investigation to uncover Jewish roots. We have also been contacted by many people who are unable to prove a connection to Judaism. In those cases we do not continue to investigate.”

Yad L’Achim never expected to receive so many responses. It will soon be posting another video, in which Yehezkel will talk about the Jewish Sabbath. The decision to use the well-known performer is based on his fluency in Arabic and his familiarity with the Arab world. “I have a very supportive audience in quite a few Arab states,” he noted. “These include Morocco, Egypt, Tunisia, Dubai and Kuwait. I have been invited to perform in all of them. I also receive lots of private messages from wonderful people across the Arab world, including Syria, Iraq, Jordan and Yemen. I have even received messages from the Gaza Strip.”

Yehezkel is excited to make more video clips. “Social networks have sparked a revolution; it is now possible to reach anyone. They are a powerful tool,” he said. “The fact that I sing in Arabic helps to reduce anti-Semitism, because there is nothing like music to reduce the level of hatred. The fact that I am now reaching Jews who live in Arab states is more exciting than anything to me.”

One of the people who contacted Yad L’Achim is Nabil, 42, from Amman. Nabil, who asked for his last name not to be divulged, told Al-Monitor that he has always known about his Jewish roots. “Yad L’Achim’s page popped up in my Facebook feed, so I looked at it,” he wrote the organization. “I watched the video and became curious. My mother is Jewish and my grandmother is Jewish too, of Iraqi heritage. I didn’t know that I was Jewish, because in Islam religion is passed on through the father. The moment I found out that according to the Jewish religion I am also Jewish, I wanted to find out more. My only problem is that I am not in touch with my mother. It would be very interesting to speak to her, especially now.”

“Judaism was the first monotheistic religion in the world,” said Nabil. “As a Muslim I have never been religious, but now I am intrigued by the Jewish religion and I want to proceed. I have watched all sorts of YouTube videos about Judaism and the Bible, and I feel a connection."

He also admitted that he hides his Jewish identity from his surroundings, “If they find out that I am Jewish, I would have a big problem. The community I live in here in Jordan is very anti-Semitic, so I hide it."

He noted that until he contacted Yad L’Achim he had never spoken to any Jews or Israelis. “I saw a group of Israelis in Amman once, but I never spoke to them. I felt a kind of distance from them. Now I feel very different. This is really shaking up my life. I can’t stop thinking about my complicated identity.”

Lifshitz is convinced that the next video will result in another, even bigger wave of interest in Judaism across the Muslim world. “Jews and Arabs have lived together for hundreds of years. There is no doubt that there are lots of Jews among the Muslim population, but also that the more time passes, the harder it will be to reach them. We believe that potentially, there are thousands of people like that and more.”