The Palestinian reconciliation that keeps Abbas awake at night

Jibril Rajoub and Mohammed Dahlan have decided to reconcile in preparation for the fight of their lives — the battle to succeed Mahmoud Abbas as Palestinian president and PLO chairman. 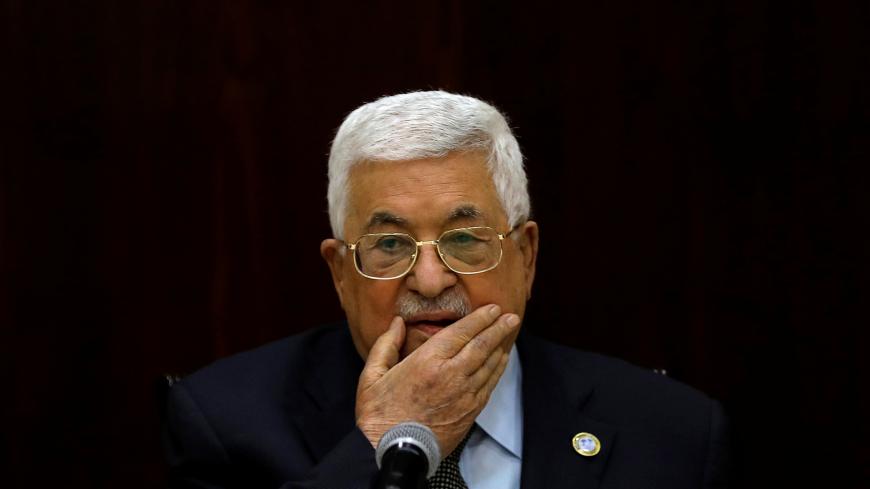 Like many good melodramas, it all began with a beautiful friendship that descended into a bitter rivalry. Eventually there was a reconciliation, but in the case of Palestinian leaders Mohammed Dahlan and Jibril Rajoub, it was driven entirely by their own self-interest.

Dahlan and Rajoub had met in the 1980s, as local PLO leaders, while imprisoned in Israel. Both were exiled, Dahlan to Jordan and Rajoub to Lebanon, during the first intifada in 1987. They would meet again in Tunis, where they PLO had established its headquarters after being expelled from Beirut after the 1982 Israeli invasion of Lebanon. In 1988, after Israeli commandos assassinated Khalil Wazir (Abu Jihad), the deputy to PLO leader Yasser Arafat who had been responsible for planning dozens of terrorist attacks, Arafat divided his responsibilities coordinating PLO activities between Dahlan and Rajoub.

Dahlan, originally from Khan Yunis, south of Gaza City, was given responsibility for the Gaza Strip. Rajoub, from Dura, in the Hebron district, was handed responsibility for the West Bank. With the signing of the Oslo Accords in 1993, Dahlan assumed leadership of the Preventive Security Forces in Gaza, and Rajoub took the same job on the West Bank.

Throughout this time, the two men maintained a close friendship. That changed with Operation Defensive Shield, the Israeli military campaign in 2002 during the second intifada, when the Israel Defense Forces seized Rajoub’s operations base in the West Bank and arrested terror suspects hiding there. Rajoub believed that Dahlan had provided Israel with the intelligence that led to the seizure and ensuing arrests. After that, their friendship deteriorated into nothing short of a full-blown war.

Rajoub was once a major player in the Palestinian Authority (PA), with easy access to Arafat and then to Mahmoud Abbas, Arafat's successor as PA president and PLO chairman. Over the past few years, however, Rajoub has been shunted aside. With his status weakened, he, like Dahlan, began to realize the scope of the risk both of them faced in losing the chance to take part in the struggle to succeed Abbas. Given this circumstance, it became incumbent upon them to join forces.

Dahlan’s people swear that if the two men don’t make up and return to the “good old days,” the Palestinian people as a whole will suffer. In other words, the fight over who succeeds Abbas will get ratcheted up a notch. The two old frenemies came to realize that they need to cooperate if they want to prepare for the big battle and ensure that one of them is chosen to “save the Palestinian people” when the day comes. Without a joint effort between them, one of two men currently close to Abbas, Mohammad Shtayyeh or Mahmoud al-Aloul, stands to come out on top, instead of one of them.

Shtayyeh was appointed PA prime minister in April, and Aloul has been the vice chairman of Fatah since 2017. Aloul's position should give him priority in the impending fight over the leadership of Fatah, but Shtayyeh holds power in the PA and his hawkish views on relations with Israel appeal to many Palestinians.

One of Dahlan’s friends told Al-Monitor that Abbas’s paranoia had driven Dahlan and Rajoub to reconcile. He said that Abbas has always worried that his colleagues were plotting to depose him and that he is particularly concerned about the recent reconciliation between Rajoub and Egypt, believing that Dahlan was the responsible party. It was actually Abbas’ suspicions that pushed Dahlan to look in Rajoub’s direction and to take an interest in Rajoub's ailing health, particularly given the political chaos in the PA.

The rift between Rajoub and Egypt dated to February 2017, when the Egyptians denied him entry after he had arrived at the Cairo airport to participate as a Fatah representative in a conference on terrorism and extremism in Sharm al-Sheikh. At the time, Rajoub attributed his expulsion to the shaky relationship between Egypt and the PA, but he also suspected that his nemesis, Dahlan, known to be close to Egyptian President Abdel Fattah al-Sisi, had asked Egypt to expel him and to make sure that he was publicly humiliated. According to a Palestinian security source, a few weeks ago, Egypt and Rajoub mended their rift, opening the way for Dahlan and Rajoub to in turn reconcile.

Thus, all the acrimony has dissipated. People in Dahlan’s inner circle told Al-Monitor that the two men had decided to turn over a new leaf and consolidate forces. According to them, Abbas’s people were spreading rumors that Rajoub and Dahlan were planning a coup to take over PA power centers. “It’s not true, of course,” one of Dahlan’s friend told Al-Monitor, speaking on the condition of anonymity.

Another person close to Dahlan told Al-Monitor that Egypt had initiated the reconciliation between Rajoub and Dahlan because both men are skilled operatives with vision and will be able to fill Abbas’ shoes when the time comes. This, in turn, will prevent the PA from spiraling into chaos.

Yet another confidant told Al-Monitor that Dahlan’s ability to organize on the West Bank will help Rajoub bolster his candidacy and build power centers in preparation for the battle over the succession. “Rajoub doesn’t have enemies like Dahlan has,” he told Al-Monitor on the condition of anonymity. “He’s a man of the people, just like Dahlan is loved and admired by many in Gaza and the West Bank.”

Another member of Dahlan’s inner circle told Al-Monitor that he had personally asked Dahlan whether his reconciliation with Rajoub was already tangible. He claims that Dahlan said no and explained that no real activity had been launched on the ground as of yet. The same source also claimed that Dahlan and Rajoub both realize that they must act surreptitiously so Abbas doesn't order Palestinian Security Forces to arrest their people.

Rajoub was diagnosed with cancer four years ago and has since had four surgeries. He even received treatment in Tel Aviv’s Ichilov Hospital last May. The Israeli right was furious about it, claiming that Rajoub, or rather, the “terrorist,” as they called him, the man who had been calling for a sports boycott of Israel, was nonetheless receiving world-class medical care in an Israeli hospital.

The attitude toward Rajoub in Israel’s political and defense establishment is largely ambivalent. He is thought to be the kind of person who can get things done. His charisma, personal skills and track record of avoiding terror are what are needed to steer the PA forward. At this point, it is worth remembering that throughout the second intifada (2000-2005), he kept the Preventive Security Force on the West Bank in a bubble. In fact, it was the only group on the West Bank that was not involved in terrorism.

The Israeli establishment also views Dahlan as an acceptable default option. Much has been reported about the special relationship between him and Yisrael Beitenu head Avigdor Liberman. Furthermore, when the time finally comes, it is estimated that he will be just like Rajoub and know how to act wisely while seizing control of West Bank power centers. Should that happen, he would be preventing chaos and lots of acrimonious bloodshed.

All this is set against the backdrop of an assessment by senior members of the Israeli security establishment that there is a chance that due to the Palestinians' dire economic situation, the West Bank will erupt in violence before the Israeli elections in September. Violence and harsh economic conditions are the right recipe for pushing the ailing Rajoub and the exiled Dahlan, a resident of the UAE, to link arms and prepare for the fight of their lives. The people around them call it “saving the Palestinian people before it is too late.”