A dispute over the presence of Popular Mobilization Units in the Ninevah Plains raises concerns about the recurrence of conflict in the area. 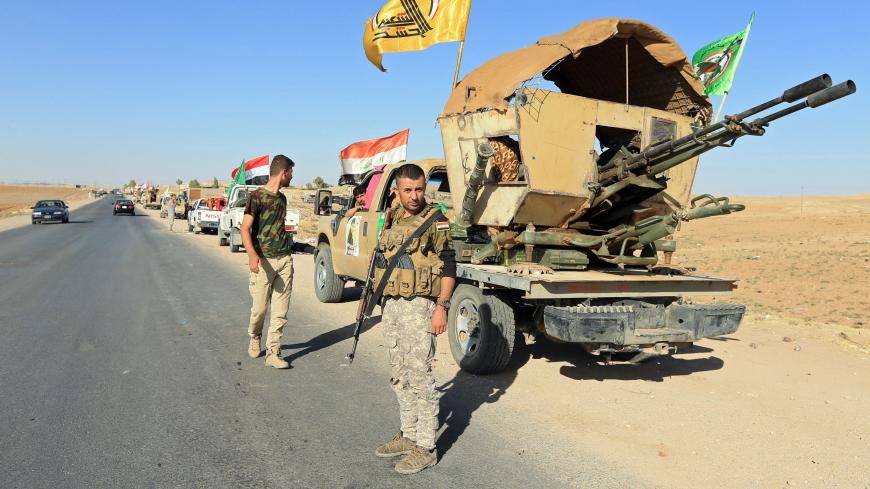 ERBIL, Iraqi Kurdistan — Despite Iraqi Prime Minister Adel Abdul Mahdi's order for the Popular Mobilization Units to leave the Ninevah Plains, the 30th Brigade refuses to abandon an area there on the eastern edge of Mosul. The militia instead is cutting off roads in protest against Abdul Mahdi's order.

Pro-PMU lawmaker Qusay al-Shabaki told Reuters on Aug. 29, “We will stay in the area to protect our people.” This is while the Sunni and Kurdish opposition to the PMU presence in the area is growing. “The PMU is the main power in Ninevah province now — the army has become a secondary force,” Kurdish member of parliament Shirwan Dubardani told Reuters.

The dispute in the Ninevah Plains is about the future of the PMU in the region, especially the 30th Brigade, which is dominated by fighters of the Shabak minority.  It shows the depth of issues involved concerning security and politics in the disputed area. Will this area be annexed to the Kurdistan Region or will it remain governed by the Iraqi federal government in Baghdad?

The Shabak elite supporting more autonomy for the Shabak people in the Ninevah Plains objected to the government’s decision to withdraw the 30th Brigade, saying the militia contributed to a balance of power that favors the minority following years of Kurdish control.

The Iraqi federal government gave the Shabak the opportunity to have security and military control in the Ninevah Plains through the 30th Brigade after the independence referendum failed. Following the referendum, the federal government gained control over the disputed areas on Oct. 16, 2017. Many Shabaks see a series of accusations against the 30th Brigade as an organized campaign against them that aims to tip the balance again in favor of the Kurds. What makes these accusations dangerous is that they not only involve human rights violations in the Ninevah Plains, but they also accuse the brigade of receiving arms from Iran and allowing a headquarters of the Iranian Revolutionary Guard Corps in the area. This could turn the area into a conflict zone for Iran and the United States, which could position minorities such as the Shabak in the Ninevah Plains in a global game of cat and mouse.

The secretary-general of the Democratic Shabak Assembly, Hunain Qaddo, told Al-Monitor in response to the accusations, “They are lies, and they fall within the systematic targeting of the Shabaks by some political parties and personalities in the province of Ninevah and in the Kurdistan region. Their aim is removing the 30th Brigade from the Ninevah Plains and demanding the return of the peshmerga in preparation for its annexation to the Kurdistan region.”

Qaddo finds that the systematic campaign has even reached the United States and resulted in the inclusion of the brigade on the US Treasury sanctions list. He said this has pressured the government in Baghdad into calling for the withdrawal of the 30th Brigade or at least giving other security forces control instead of the PMU.

Some members of parliament from Mosul share the Shabaks’ concerns about the Ninevah Plains dispute. Ninevah member of parliament Abdul Rahman al-Wayzy said in a TV interview, “There is a scenario targeted at bringing Ninevah back under the control of Erbil. The sequence of events proves this. First, there were the US sanctions against the 30th Brigade followed by talks to bring back the peshmerga forces to the disputed area, including the Ninevah Plains. Third, the Iraqi prime minister ordered the withdrawal of the 30th Brigade from Ninevah.”

The deputy secretary of the Democratic Shabak Assembly, Mohamad al-Shabaki, said the aim of these decisions is to isolate the Shabaks geographically in Ninevah. The Shabak villages falling under Nahiyat Kalak will become administratively linked to Kurdish authority, while the villages under Nahiyat Bazawaya will be linked to a predominantly Sunni and Arab administrative center. Does this mean that the Ninevah Plains will become a strictly Christian area? Or is the objective to disperse Shabaks and fuse them with Kurdish and Arab majorities? Is the aim to obstruct them from achieving greater independence in areas that have a clear Shabak identity? This is why many believe that the targeting of the 30th Brigade is one piece of a bigger puzzle where the Shabak would have no independence.

Qusay Abbas, the Shabak representative in parliament in Baghdad, expressed his opposition to the establishment of ethnically and religiously based administrative units in Ninevah instead of having administrative and geographic decisions. He believes that in recent times there has been a peaceful and inclusive coexistence among all communities of the Ninevah Plains, whether they be Christians, Shabaks, Turkmens, Yazidis, Arabs, Kurds or Yarsan. He added that he participated in the 2008 negotiations to establish administrative units in the Ninevah Plains, and he has followed up since 2012 on the government's decision to create these units. Abbas said that back then, the approach did not involve damaging the social fabric, but, on the contrary, protected the diversity of the national identity.

The administrative units decision has been met with opposition because many think that instead of creating a project with development and administrative dimensions destined to improve services, the project is actually leading the region to a religious and ethnic division. Abbas said, “We oppose the decision to remove the al-Hamdaniya and Bashiqa towns from the Shabak villages and the establishment of areas separating Turkmens, Shabaks and Yazidis. This is a systematic division we must all refuse.”

It is important to mention that the Arab-Kurdish conflict regarding the Ninevah Plains reveals a division among the Shabaks regarding their fate and identity. It also reveals another greater struggle among Kurdish and Arab minorities and the effects of the regional conflict between the United States and Iran.