Iran's supreme leader has called on Yemen's Houthi rebels to put up tougher resistance to what he deems a Saudi-Emirati conspiracy to partition the war-ravaged country. 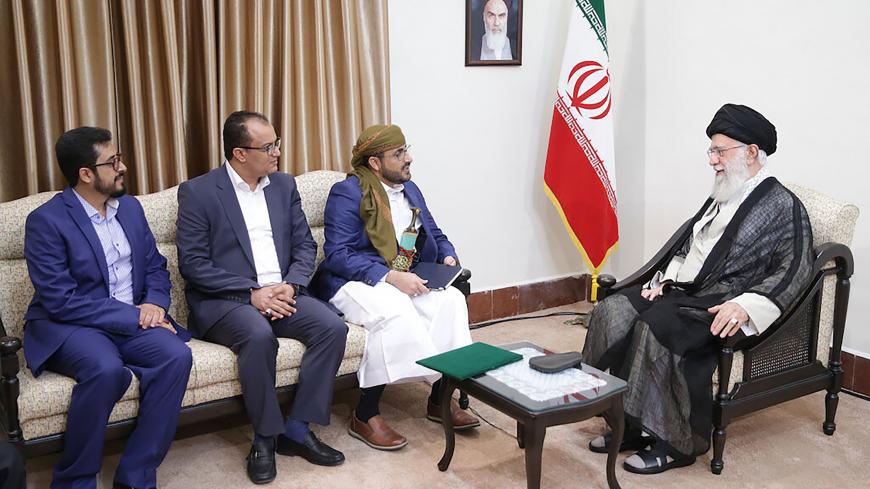 Iran's Supreme Leader Ayatollah Ali Khamenei once again threw his full weight behind Shiite Houthi rebels in Yemen, urging them to further intensify resistance against the Saudi-led "aggression" in their country.

Khamenei made the remarks at a meeting with a senior delegation representing the group, which has been enjoying Tehran's unrelenting support since long before the country's devastating war broke out in 2015. The Iranian leader praised the "faith, persistence and fighting spirit" of the Yemenis against the "savage" invasion, assuring them of "ultimate victory" in the conflict.

The meeting came a few days after deadly clashes in the city of Aden between Saudi soldiers and UAE-backed forces, who were once fighting on the same front against the Shiite rebels.

Khamenei warned that both Saudi Arabia and the UAE were pushing to partition Yemen. That plot, he said, demands tough "resistance" but will end up in failure. Khamenei expressed confidence that Yemenis "will certainly form their own powerful government." He alluded to Yemen's ethnic and religious diversity, asserting that the key to a unified and sovereign Yemen was "Yemeni-Yemeni dialogue."

The group's spokesman Mohammed Abdul-Salam acknowledged the "blessing" of Iran's backing. In recent years, the Houthis have targeted multiple positions well inside Saudi and Emirati territories with sophisticated missiles largely believed to have been supplied by Iran's Islamic Revolutionary Guard Corps (IRGC). The sympathetic Shiite government in Tehran denies such military assistance but has been more than explicit about moral support to the Houthi cause. Yet the West alleges that missile technology Iran shared with the Houthis is a destabilizing factor in a country where Tehran and Riyadh are pursuing conflicting agendas and waging a costly proxy war.

To Iran's hard-liners, the recent crack within the Saud-led coalition is but a sign that triumph is imminent. Javan, a hard-line, IRGC-affiliated newspaper, called the latest infighting a "coup de grace" against the coalition. Elsewhere, Kayhan, which voices Khamenei's political views, wrote that clashes "between the aggressors … indicate how worn out they have been by the powerful Houthis, who have been adamantly fighting back for 52 months."

Leaving over 13,000 people dead and more than three million displaced, the protracted conflict in Yemen has thrust the country into one of the worst humanitarian crises in recent history. Famine, malnutrition and widespread diseases are among the consequences the war has inflicted upon the Middle East's poorest nation.

While Iran is seen by some as part of the problem in Yemen, it insists that Riyadh is behind the plight of the Yemenis and is stuck in a self-made Vietnam-style quagmire there. "The Saudis have no option but to put an end to this war," wrote Sa'dollah Zare'i, a conservative Iranian international affairs analyst. "The Houthis, on the other hand, have already expanded the areas under their control … that will ultimately force Riyadh into making concessions before declaring a closure to the conflict."