A US call for a cease-fire in Yemen has been widely interpreted in Iran as a victory for the Houthi movement. 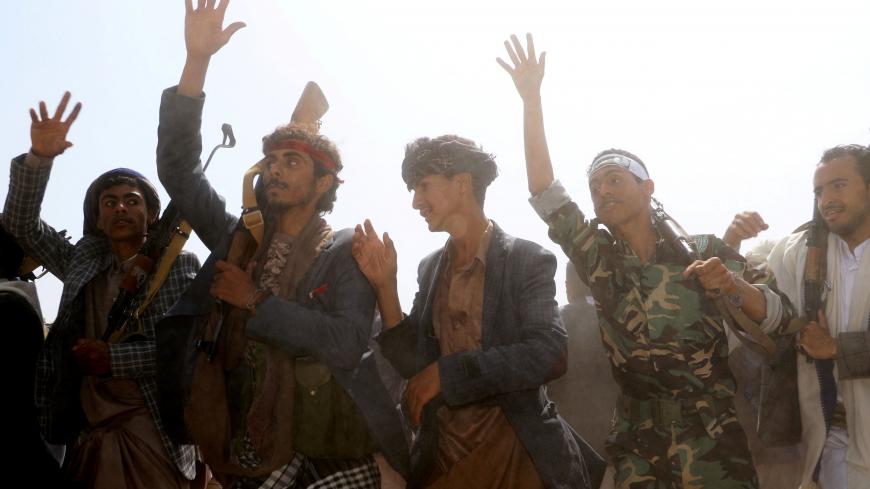 Official statements by US Secretary of Defense James Mattis and US Secretary of State Mike Pompeo on the Saudi war in Yemen were not taken for granted by Iranians, who have been anticipating a Vietnam-style quagmire for the Saudi-led coalition in the Middle East's poorest country.

"The Yemeni resistance (a term used in Iran to describe Houthi militia fighting off the Saudi war) will not give in to America's peace-seeking postures," wrote Javan, a hard-line news outlet close to the Islamic Revolutionary Guard Corps. Javan referred to French Defense Minister Florence Parly's comments on the humanitarian crisis in Yemen as an acknowledgment that Houthis have cornered the Saudis into a deadlock.

"The [US] call came only three days after the Yemenis unveiled their high-precision Badr P-1 ballistic missile that targeted a Saudi coalition base," the paper stated, highlighting the Shiite militia's counteroffensive capabilities. Javan lashed out at US media outlets for their failure to turn the spotlight on the plight of the Yemenis as opposed to their widespread coverage of the Oct. 2 murder of dissident journalist Jamal Khashoggi inside the Saudi Consulate in Istanbul.

In other Iranian papers, the Khashoggi crisis played central to a reading between the lines of the US cease-fire call. It is a "policy reversal," According to daily Khorasan, "It is a policy reversal [that] came after pressure mounted on Washington and its allies in the wake of revelations on the Saudi complicity in the journalist's murder." The paper criticized the United States for fanning the flames of the war with its "nonstop flow of arms to the Saudis."

"This war of attrition is further eroding the Saudis and their allies," wrote Reformist paper Ebtekar, which praised the Houthis for preventing a Saudi-Emirati takeover of the strategic port of Hodeidah. "The West is now at a crossroads to decide, as it finds Saudis stuck in the Yemen quagmire." The paper claimed that following the Khashoggi scandal, the Saudi allies are trying to pull the kingdom out of one of the multiple crises it is facing.

Kayhan, a staunch supporter of Yemen's Houthi fighters, called the development a "retreat" by Washington under public pressure and "another defeat" for Saudi Crown Prince Mohammed bin Salman. "But let's not forget that the US move is [mere] publicity and deception ahead of the upcoming midterm elections," Kayhan wrote. The paper noted that if the administration was sincere, "it would not have rejected calls to stop selling arms to the Saudis."

The US call for peace in Yemen was also met with sarcasm by ordinary Iranians, many of them sympathetic to the plight of fellow Muslims in an impoverished nation. "The Yemen war is no longer a lucrative market. We [Americans] need to find another place or launch another war," tweeted one user. "The Americans made the call only after they realized that there was not an intact building left in Yemen," read another post.

Nearly four years of relentless bombardments have claimed thousands of civilian lives in Yemen. But that's not where it ends. The costs of the Saudi-imposed economic blockade and the man-made famine could be beyond calculation, leaving millions on the brink of starvation and dependent on food assistance. "The blood of thousands of Yemenis did little to [force the West to] stop the war," wrote pro-Reform paper Hamdeli, wondering if "Khashoggi's blood" has now come to the rescue of Yemeni children at a time when they are slipping away one after another.