Archenemies Iran and Saudi Arabia appear to be closer to de-escalating tensions that have recently risen to all-time highs. 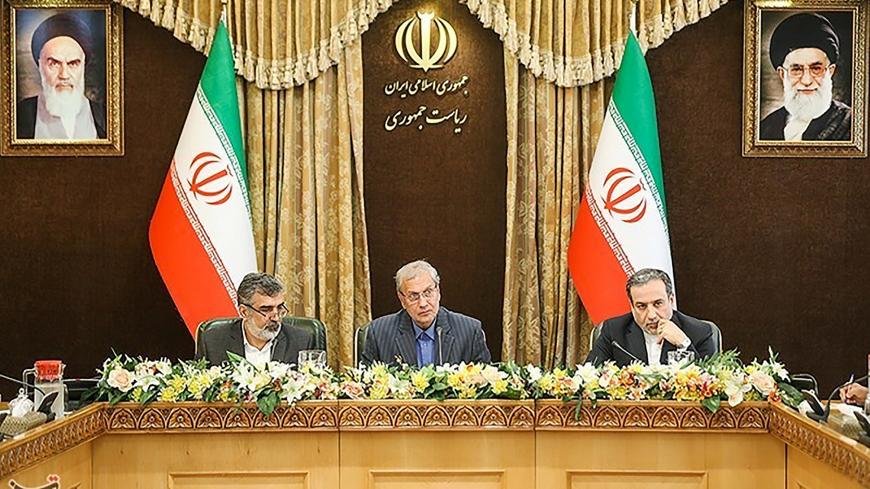 Iranian officials say Riyadh has been reaching out to mediators to convey readiness for talks with Tehran. "Some states have delivered messages from Saudi Arabia to President Hassan Rouhani," Iranian government spokesman Ali Rabiei told reporters at a media briefing Sept. 30. He noted, however, that Iran's approach remains unchanged. "We have been urging an end to the war in Yemen and have supported cease-fire as a solution. … We need a clear signal from the Saudis, and that signal comes after they stop killing Yemenis."

Rabiei did not specify who the mediators were but was taking questions about remarks by Iraq's Prime Minister Adel Abdul Mahdi who — following a visit to Riyadh — spoke of the Saudis' willingness to find a diplomatic resolution to their differences with Iran. It is not yet clear if the Iraqi premier will be shuttling between the two camps. But Iran's Foreign Ministry spokesman Abbas Mousavi said Abdul Mahdi would be "more than welcome."

Saudi Arabia's powerful de facto leader, Crown Prince Mohammed bin Salman — commonly referred to by his initials, MBS — elaborated on the implications of a possible military conflict with Iran. In a CBS interview that aired Sept. 29, MBS warned that such a war could lead to "a total collapse of the global economy, and not just Saudi Arabia or the Middle East countries."

Yearslong tensions between Iran and Saudi Arabia soared to a peak in September after the latter — along with many of its Western allies — blamed Tehran for a destructive drone and missile attack on key Saudi oil facilities that troubled the global oil market for several days. While denying responsibility, Iran has not shied away from defending the "rights" of the Shiite rebels to retaliate against the Saudi "aggressor."

Last weekend, the Houthis also claimed in triumph to have killed hundreds of Saudi soldiers in an August operation, releasing footage they said showed thousands of Saudi soldiers captured in the border ambush. Saudi officials have denied the account as a "misleading media campaign."

Against the backdrop of such developments, some Iranian media outlets are now describing the Saudi reconciliatory tone as a "retreat" and a sign that the Houthi "resistance" backed by Tehran's regional policy has paid off. Ultraconservative papers, including Javan and Kayhan, largely ignored the news, but those with a less hard-line approach — such as the daily Khorasan — found traces of a policy shift from the young Saudi crown prince. Khorasan wrote, "MBS, who used to once threaten to push the battle inside Iran, is now talking peace."

Senior political figures within the hard-line camp also argue that Saudi Arabia ultimately "thought it out" after getting stuck in a "quagmire" of its own making in Yemen. "Those failures … have made the Saudis redirect [their] path and enter the stage of dialogue with Tehran," said Hossein Naghavi Hosseini, spokesman for the Iranian parliament's National Security and Foreign Policy Commission.

Last week, in his address to the UN General Assembly, Rouhani presented the international community with a peace initiative that seeks to bring Persian Gulf nations closer together for sustainable security. Iran, the newspaper that echoes the Rouhani administration's official stance, said the outreach from Riyadh is a sign that regional countries are now considering Rouhani's proposal with "seriousness."