Iran’s judiciary has embarked on an anti-corruption probe that has involved members of the former judiciary team. 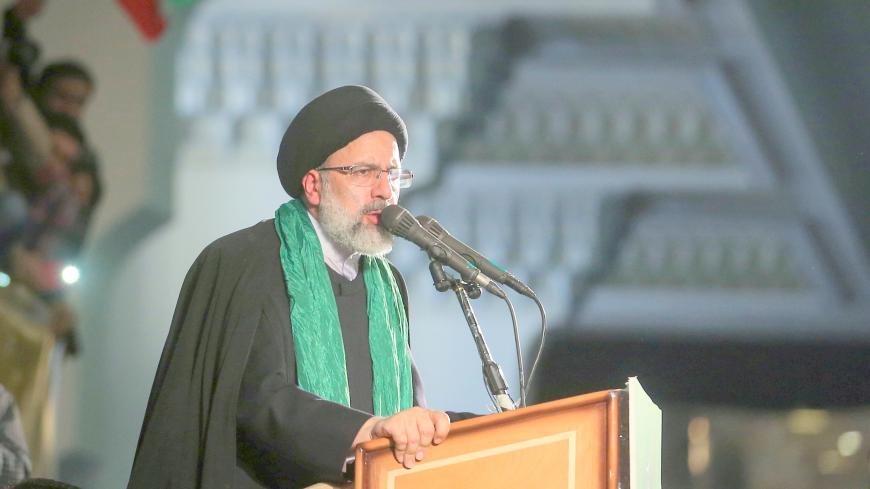 Iranian presidential candidate Ebrahim Raisi speaks during a campaign meeting at the Mosalla Mosque in Tehran, Iran, May 16, 2017. - REUTERS/TIMA

In March, Khamenei appointed conservative cleric Ebrahim Raisi to head the judiciary. The previous judiciary chief, Sadegh Larijani, had served for 10 years. Raisi, who harbors political ambition and lost to incumbent Hassan Rouhani in the 2017 presidential election, immediately embarked on what he described as an anti-corruption campaign.

During an Aug. 15 speech to clerics in the Kurdistan Region, Raisi vowed that the judiciary’s anti-corruption campaign would continue. “Officials of the judiciary will not allow corruption to nest in any location within the system, and on the agenda must be finding the best way to recognize these [corrupt] individuals,” Raisi said. “Anywhere within the administrative, judicial, economic, cultural or political system that becomes infected with corruption, we will confront it.”

Raisi continued, “These individuals should know that the end of their lives has arrived, they will be given no permission, and this seriousness and firmness is not an isolated act but will come in waves to rid all corruption.”

Given how far-ranging Raisi’s anti-corruption campaign has been, it certainly would seem plausible that it has the blessing of Khamenei. Raisi’s and Abdollahi’s comments also explain the arrest of the deputy of the former judiciary chief Sadegh Larijani. On July 16, spokesman for the judiciary Gholam Hossein Ismaeli confirmed that Akbar Tabari, executive vice president of the judiciary, had been arrested after news had been broken the previous day by Hassan Norouzi, a member of parliament’s legal and judicial commission.

The news of the arrest of Tabari, Larijani’s deputy, failed to make headlines in Western media, but it signaled that Raisi had an open hand in his new position as judiciary chief. The Larijanis are a powerful family within the Islamic Republic. Larijani's brother, Ali, has been speaker of parliament since 2008. Larijani is currently chairman of the Expediency Council and, according to Iranian media, Tabari had accompanied him from the judiciary to the Expediency Council.

Prosecutor General of Iran Mohammad Jafar Montazeri told reporters that Tabari had been involved in “trade” while he was executive vice president of the judiciary, implying that he was financially benefiting from his position. The executive vice president of the judiciary is in charge of economic and construction projects. It is not clear whether Larijani himself will be accused of corruption. In Iran, in order to save face, the heads of offices are rarely brought up on corruption charges. Rather, it is their deputies who bear the brunt of such campaigns, whether or not they are politically motivated. However, one controversial fact that came to light when Raisi took office was that Larijani had reportedly 63 banking accounts under his name when he was head of the judiciary.