Iran prosecutor warns ministers: no one is immune in anti-corruption probe

Iran’s judiciary and the Rouhani administration appear to be heading for a clash over prosecutors' approach to an effort to tackle corruption. 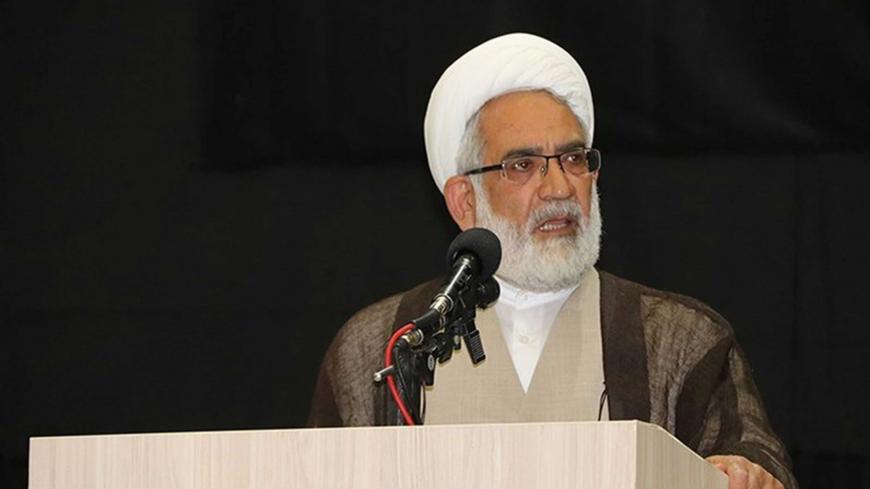 With Iran facing more US sanctions and a battered currency, the judiciary is charging aggressively into an anti-corruption probe in the hope that it will help stabilize the economic situation. Mohammad Jafar Montazeri, Iran’s top prosecutor, told reporters on Aug. 15 that the operation will cast a wide net and further remarked, “Any official that needs to be will be summoned, from director generals to managers to deputies and [even] ministers.”

On Aug. 7, Gholam Hossein Mohseni Ejei, spokesman for the judiciary, announced the arrest of Ahmad Aragchi, deputy minister for currency at the Central Bank of Iran. He is the highest-ranking official to be arrested in the anti-corruption probe, and as the nephew to Deputy Foreign Minister Abbas Araghchi, he is also the most well known.

Responding in part to a request by senior clerics to quickly address cases of economic corruption, the head of the judiciary, Ayatollah Sadegh Larijani, on Aug. 12 had sent a 12-point letter to the supreme leader, Ayatollah Ali Khamenei, asking for permission to prosecute economic corruption cases more expeditiously. That same day, Khamenei reacted by publishing his response, and the letter, on his website. He granted his approval and added “with the intention that punishment of economic corruption be rapid and just.” Khamenei also addressed Larijani’s letter in his latest speech Aug. 12, declaring, “It is an important step for fighting corruption.”

To get an idea of the public sentiment in certain quarters in Iran, during Khamenei’s speech, some people in the crowd began chanting, “The economically corrupt must be executed.” Khamenei felt obliged to engage them, asking, “Are you guys the court demanding they be executed?” He added, “Some may be executed, some may be imprisoned.”

In such an environment, and given Khamenei’s public support for the probe, there are serious concerns that the judiciary will abuse the power recently given to it.

Parliamentarian Ali Motahari criticized Larijani’s letter to Khamenei seeking a “government decree” for the anti-corruption operation. “We cannot resort to government decrees with every excuse,” said Motahari Aug. 13. “Government decrees are for when there are no laws in place [or] time is of the essence.”

Motahari said that Larijani could have gone to parliament for an emergency bill rather than circumventing it, asserting that the legislature would have consented to providing the judiciary special, discretionary powers, albeit temporarily, to prosecute economic corruption cases.

On Aug. 15, President Hassan Rouhani indirectly criticized the judiciary’s approach to fighting economic corruption, particularly through arrests and public statements. “We must confront those who are [economically] corrupt,” Rouhani said. “My request is that we judge justly. If we reach a conclusion [in the case], then we apply the punishment and then announce it.”

Addressing the judiciary’s approach of mass arrests, Rouhani said, “We must know that our primary problem in the country is the economy, and economic problems cannot be solved through arrests and imprisonment.”

He continued, “It’s possible arresting and imprisoning is necessary. The foundation [for resolving economic problems is that] the environment must be calm; people must have confidence with respect to the future. If there are concerns those concerns must be resolved.”