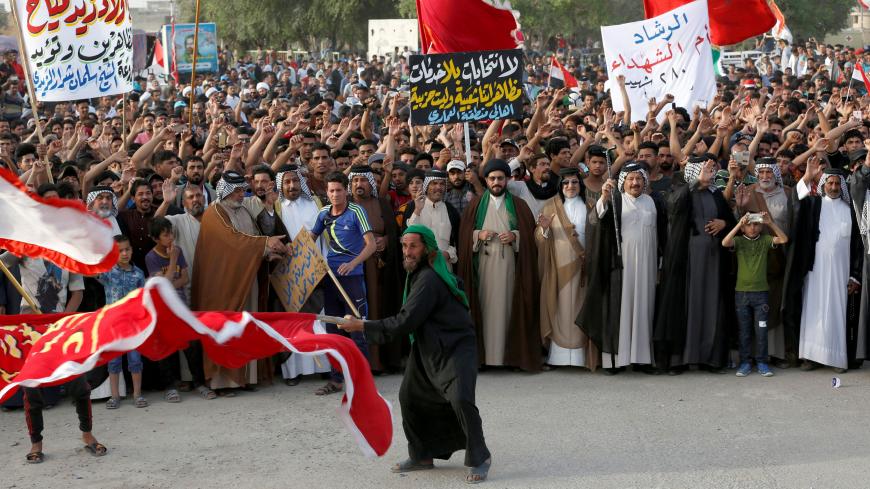 Abdul Mahdi said Jan. 9 that he would make every effort to allow the council to play a successful role. On Dec. 31, he said he wanted to re-establish the council in order to “take deterrent measures, unite the regulators’ efforts, address corruption and protect public funds.”

The council’s re-establishment comes after last year's issuance of a report by Transparency International that ranked Iraq ranked 169th out of 180 countries in terms of corruption.

Abdul Mahdi, who took office in October, said Dec. 4, “There are 13,000 corruption files that the Integrity Commission is examining.”

Corruption is a thorny issue in Iraq as it involves the interests of influential parties. This has made anti-corruption efforts into uphill battles for the successive governments that have consistently failed since 2003 to resolve corruption problems despite the presence of the Integrity Commission and other regulatory institutions.

On May 9, Hassan al-Yassiri submitted his resignation as head of the Integrity Commission on the grounds that “the authorities only addressed 15% of the 12,000 corruption cases that the commission had looked into and referred to the judiciary.”

This inability to fight corruption raises doubts about the new council’s ability to engage in the battle. Also, before examining any corruption issue, the government must start by examining the funds depleted by the three presidencies (the president, the speaker of parliament and the prime minister) as well as the outlandish salaries and allocations spent by them.

Sabah al-Ukaili, a member of parliament for the Sairoon Alliance, told Al-Monitor he was skeptical about the “feasibility of the new council.” He said the council is just another entity with a different name that will further burden the budget, which he said cannot afford new institutions.

“The Integrity Commission and the general inspectors constitute a full-fledged anti-corruption system, and the prime minister is supposed to resort to this system instead of establishing councils that won’t help put an end to corruption. The problem does not lie in the absence of institutions but in the effectiveness of these institutions,” Ukaili said.

While he expects “the council to fail” because there are “political leaders who are involved in corruption and who will not allow the implementation of any solutions in this regard,” Ukaili said, “One of the reasons behind the formation of the council is the Abdul Mahdi government’s need to attract financiers who are reluctant to provide funds for the reconstruction of the liberated areas due to the rampant corruption.”

Another reason that prompted Abdul Mahdi to tackle corruption and re-establish the council is the domestic political pressure he has faced about the issue. On Jan. 3, member of parliament Hamam Tamimi called on the prime minister “to show courage and strength in addressing corruption cases involving former officials.”

He said, “While many arrest warrants have been previously issued against many officials, such warrants remain ineffective due to weak legislation.”

Interior Ministry Inspector General Jamal al-Asadi, appointed by the prime minister as a coordinator in the Supreme Anti-Corruption Council, told Al-Monitor, “General inspectors, who have experience in fighting corruption, will have a key role in the council, whose main objective is to unify the work of regulators through a unified program that coordinates the individual efforts made by each party and body.”

Shaker said, “The issues tackled by the parliament’s Integrity Commission will be referred to the new council following the approval of the prime minister.”

Moussa Faraj, a former head of the Integrity Commission, told Al-Monitor, “Fighting corruption in Iraq requires the following: state institutions, rule of law and a determination to confront corruption or an independent and powerful anti-corruption body. But none of these three conditions are currently present.”

“Political chaos and lawlessness have become the name of the game, and the heads of the executive power throughout all governments have disappointed everyone by reneging on their promises to fight corruption. The era of Abdul Mahdi is deemed the weakest,” he added.

Faraj said the third condition is the presence of a strong and independent anti-corruption body. The Integrity Commission is an independent body that is constitutionally controlled by the parliament. However, it has been controlled by the head of the executive power since the era of Prime Minister Nouri al-Maliki (2006-14), who involved the government’s secretary-general, affiliated with him, in the fight against corruption. The Integrity Commission was subsequently deemed part of the government. This, in turn, paralyzed the commission and limited its use to the liquidation of opponents.

In this context, the question arises as to what will prevent the new council from being dominated by political parties and blocs and influential figures. Will compromises and pressures also prevent this council from performing its role?