As the crackdown of senior regime figures perceived as having fallen too close to the orbit of former President Abdelaziz Bouteflika continues, one of its more prominent figures, retired Gen. and former Defense Minister Khaled Nezzar, has called upon the army to revolt. 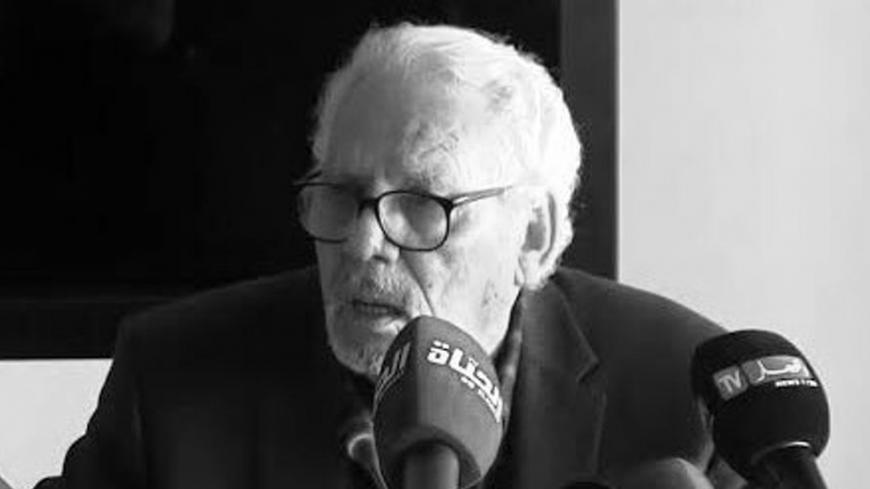 During a 13-minute YouTube address from an unknown location (presumed to be Spain), retired Gen. and former Defense Minister Khaled Nezzar called upon his "dear friends" within the army to rise up and cut through the "Gordian knot" that has entangled modern Algeria. The video has since been removed.

Nezzar’s Twitter account tells a similar story, lambasting current leader of Algeria’s armed forces Ahmed Gaid Salah and his ties to the country’s “politico-financial mafia” that has enmeshed the country.

Sympathy for Nezzar and his call to arms is likely to be thin on the ground. Subject to an Algerian international arrest warrant for an alleged plot to “attack public order" — a charge that carries the death penalty under Article 77 of the country’s criminal code — Nezzar is also due to appear in a Swiss court in September on charges of war crimes committed during Algeria’s brutal civil war — acts Nezzar now claims Gaid Salah is complicit with.

In reality, despite what will now be the 26 weeks of protest that have seen the ousting of prime ministers and presidents, Gaid Salah’s position remains relatively secure. Moreover, his decision to manage rather than confront the current wave of protests — though born of pragmatism — looks likely to ensure his survival beyond any call from either the street or exile for his immediate ousting.

“I think this is more about Nezzar trying to preserve his legacy than anything else,” professor Jonathan Hill of Kings College London said. Hill added, “He’s calling for a change of leadership in the army and — by extension — the government. Essentially, a coup d’etat.”

The Algerian armed forces have played a defining role within the country’s history since it gained independence. All the presidents to have ruled Algeria since 1962 have almost exclusively either been tied to the revolution that birthed modern Algeria or the military that has consistently positioned itself as the modern state’s guardians.

Over the intervening years, mass conscription and lavish spending have seen the Algerian army surge to where it stands today, as the sixth most powerful military force in the Middle East and Africa and one whose commercial and political influence extend across the country.

“Salah’s hold on the army is pretty strong,” Hill continued. “It’s likely not as strong as it was at the beginning of the demonstrations, but it’s still solid. We’ve had 26 weeks of consistent protest across the country, and I haven’t heard any murmurings of discontent within the military. He’s also working alongside a political class that recognizes his role within the country and respects that.”

For Salah and his immediate circle, despite the prolonged duration of the protests, time remains firmly upon their side. Rather than confront the predominantly peaceful protesters and earn domestic and, critically, international condemnation, Salah appears content to ride the wave of discontent until the political stars align in his favor.

“Salah’s priorities remain what they’ve always been: to identify a potential candidate for president [who's] acceptable to all sides and one with no desire to reform the army or challenge the commercial interests of its senior officers,” Hill said.

More practical concerns are also likely responsible for staying the military’s hand in the face of protest. Sharan Grewal, a fellow with the Brookings Institution, recently completed a survey of over 9,000 Algerians, including around 1,700 members of the armed forces. “Conscription is fairly universal, so the soldiers are a cross-section of Algerian society, facing the same economic difficulties and political grievances as everyone else,” he told Al-Monitor. “They likely identify with the demands of the protesters and view them as brothers. The protesters themselves have also importantly highlighted this, literally chanting 'army, people, brothers, brothers.' That fraternization has also increased soldiers' sympathy for the protest movement.”

Those sympathies likely extend to the lower ranks of the army’s junior officers who, as a result of the shorter duration of their service, have had less time to benefit from the state’s largesse. “They don't yet enjoy the perks and privileges of the senior ranks and therefore do not feel as threatened by the protests. Moreover, as junior officers, they were likely not involved in the repression of the 1990s and accordingly have less fear of prosecutions moving forward,” Grewal concluded.

For now, Gaid Salah appears content to ride the wave of protest that has subsumed his country, reacting with relative impassivity to calls from both the street and exile for his ousting. However, should hostility to both the presence and influence of the army grow among the protests, his relatively benign oversight of the protests may swiftly end.