A new Yazidi prince has been appointed in Iraq amid sharp division in the community that recently survived genocide. 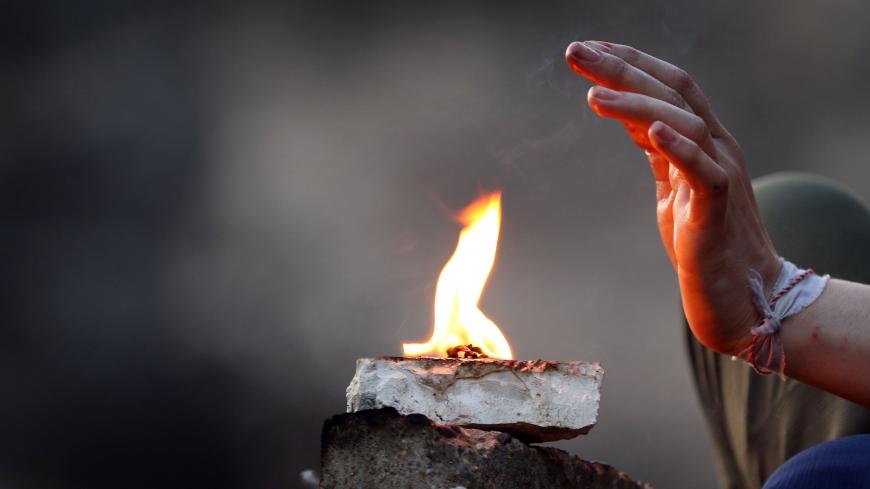 SHEIKHAN, Iraq — Hazim Tahseen Bek was officially inaugurated July 27 as the new Yazidi prince for Iraq and the world at the Lalish temple in Sheikhan in Dahuk province in northern Iraq. This comes after his father, Prince Tahseen Said, died in a hospital in Germany on Jan. 28 at the age of 86 after a long illness. The inauguration of the new prince, who is around 66, put an end to debate about Said’s potential successor in the international Yazidi community.

However,  the investiture has divided the family of the late prince. It also has exposed conflicts between Yazidis living in Sheikhan and survivors of the genocide that the Islamic State committed against Yazidis in Sinjar (Shingal) in Ninevah province.

Sarmad Sarhad Tahseen Bek, a grandson of the late prince, published a statement in which he condemned the inauguration and said it did not respect the will of the Yazidis. He said it was based on an agreement among the candidates and did not respect the instructions of Prince Tahseen Said.

The statement rejects the way the new prince was imposed as a fait accompli with no regard for Yazidis' opinions and without holding a general Yazidi conference to elect a council tasked with choosing a new prince.

The inauguration was also rejected by some Yazidi parties, political entities, intellectuals and even young residents of Sheikhan. A statement published by a group of young people in the Sheikhan district rejected the way the new prince was chosen and questioned the legitimacy of the inauguration, saying, “Those supporting this move did not respect the will of the Yazidis. Not all Yazidis support the move and the late prince asked that his successor be approved by the Yazidis.”

A source told the Iraqi Al-Aalem newspaper that timing was an issue. "The inauguration took place at this time because all Yazidis are busy preparing to celebrate the fifth anniversary of the genocide,” the source said.

The fifth conference to commemorate the Yazidi genocide will be held Aug. 1 in Baghdad, said Mourad Ismail, executive director of the Yazda Organization.

However, Ismail was disappointed with the way the new prince was selected. “Today, Hazim Tahseen appointed himself as prince of the Yazidis despite a strong opposition from most Yazidi groups, tribes and leaders. This is yet another setback to our community and our collective struggle to rescue our people from centuries of persecution,” Ismail said.

Fares Ketti, adviser to the Yazidi Supreme Spiritual Council, told Al-Monitor that most members of the council’s advisory body, especially those from Sinjar, did everything in their power to harmonize the prince selection mechanism with the desires of the late prince and to allow Yazidis a say in the mechanism.

He said that if it turns out that holding elections is impossible, then one candidate should be decided upon by the late prince’s family, pending the approval of the Yazidi community. This is how Tahseen Said was chosen in the 1940s. This, however, did not occur this time.

Al-Monitor received a copy of a letter that the leaders and dignitaries of the Sinjar tribes sent to Kurdish political leaders in the Kurdistan region. The letter mainly called for a process that gives the Yazidi community in Sinjar a more effective role in deciding various Yazidi affairs, for the formation of a higher Yazidi Council where the Yazidis of Sinjar would account for 70% of the members and for the expansion of the Yazidi Supreme Spiritual Council to include the Yazidis of Sinjar. The letter also called for limiting the functions of the proposed higher Yazidi council to spiritual affairs while avoiding its interference in political affairs. The letter also called for abolishing the advisory body, which includes civilian figures with possible political ties.

The fact that the letter was sent to Kurdish and not Yazidi leaders shows the strong influence of Kurdish leaders as far as Yazidi affairs are concerned (both Sheikhan and Sinjar are in provinces with large Kurdish populations). It may also show a deep divide between the Sheikhan elites, who dominate the Yazidis' political and religious representation, and the Sinjar elites, who are asking to be better represented, given that they have the largest Yazidi demographic weight and were subject to Islamic State extermination attempts in 2014.

Saman Daoud, editor of the Ezidi 24 website, told Al-Monitor that the struggle between the Sheikhan and Sinjar elites is a struggle for power. He said Sheikhan, the Yezidi emirate from which the new prince hails, is the last area left from the ancient Yazidi emirates in what are now Syria, Iraq, Turkey, Iran and other countries. Sheikhan also has importance because it is home to the Lalish temple, which is sacred to the Yazidis.

Daoud said division should be avoided. “Whether we like it or not, the new prince is the prince of the Yazidi religion in Iraq and the world with the consent of the royal family, and we respect this decision. What is important is that he works for the Yazidis.”

In 2009, Hazim Tahseen Bek was a member of the parliament of the Kurdistan region of Iraq, and worked as his father's undersecretary from 1989 until the prince died earlier this year.

Upon his inauguration, the new prince appointed four undersecretaries: Kamiran Khairi Bek as undersecretary for religious affairs, Jahour Ali Bek for communications, Sheirzad Farouk Bek for tribal affairs and Herman Mirza for youth affairs. This could be a step toward easing divisions and providing wider representation for the various Yazidi elites.