The Yazidis in Iraq are seeking not only to preserve their traditions but also to combat misinformation and stereotypes about their faith. 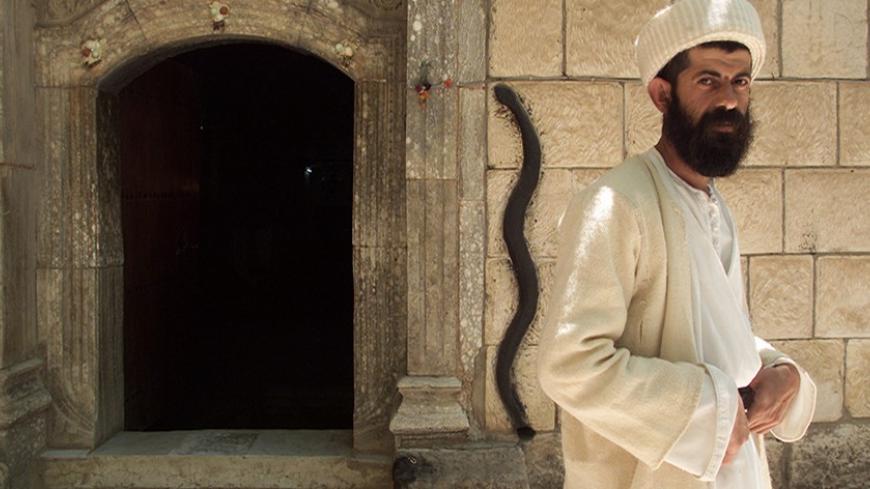 Yazidi monk Baba Chawish poses in front of an entrance to the Lalish Temple, some 50 kilometers (31 miles) north of the Iraqi city of Mosul, May 11, 2003. - REUTERS/Shamil Zhumatov 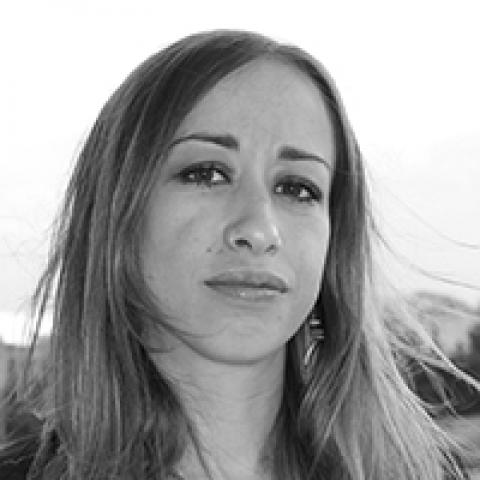 DAHUK, Iraq — When Nietzsche wrote "Thus Spoke Zarathustra" in 1885, he had to kill God to break the dichotomy between good and evil. In Iraqi Kurdistan, there was no need for that; adherents of Yazidism, the world's most ancient monotheistic religion, already knew this.

According to this minority Kurdish group, Lucifer, the beautiful and vain angel of heaven, did not betray God and create evil, but simply manifested himself to the world, becoming the bridge between humans and the Creator. Melek Taus, as the Yazidis call him, is still worshipped in the Temple of Lalish, the sect's holy site in northwestern Iraq. Yazidis consider themselves the direct descendants of Adam and perceive good and evil as the same faces of the same reality. Choosing the right side is up to each person’s soul.

This approach has caused nothing but pain for the Yazidi Kurds, who have been subject to many stereotypes in Iraq, Turkey, Syria and Iran, such as their supposed reluctance to education. Pir Mamo Othman, a consultant at the Yazidi Regional Council, told Al-Monitor, "In the past, there were no governmental schools but just religious ones. This is why many Yazidi families cut short their children’s education, fearing they are being converted to Islam." Further, the Yazidi representation of Melek Taus as a peacock has led Muslim and Christian travelers alike to misperceive certain aspects of Yazidi beliefs. The beautiful flying bird, in fact, was considered a manifestation of the devil’s power by many ancient communities and followers of the old Zarathustrian faith.

“There is no evil in the Yazidi thought,” Birgul Acikyildiz Sengul, lecturer of art history at the Merdin Artuklu University in Turkey and an expert on Yazidi culture, told Al-Monitor. For 10 years, she has conducted extensive research on Yazidi traditions and in 2010 published her book, "The Yazidis: History of a Community, Culture and Religion." “Even some famous orientalists and philosophers from the past have misunderstood their faith,” Birgul said. “People saw in them an interest about the Satan-oriented culture without focusing on the reality of their beliefs.”

Indeed, even without the "devil-worshipping mystery," the faith remains fascinating. Yazidism is a syncretic faith of old Persian and Indian traditions, as well as Judaism, Christianity and Islam. They believe in reincarnation in addition to heaven and hell. “This dualist approach is the result of a defensive mechanism developed throughout history,” Mamo said. Thus, to avoid accusations of blasphemy and Satanism, Yazidis have taken aspects of Christianity and Islam and hidden in their holy place in Lalish, which is surrounded by the three mountains Arafat, Msgat and Hzrat.

Today, the Lalish Temple — which was destroyed twice between the 13th and 15th centuries — is a mix of new and old buildings. Each room has a different meaning and function. In one lies the grave of Sheik Adi, a Sufi from Lebanon's Bekaa Valley who died here 900 years ago. The sheikh reformed the Yazidi faith and is considered a saint by Yazidis. “When he first came to the Kurdish region, he adopted many ancient practices of our religion,” Mamo said. “The Yazidis gathered together under his umbrella and crowned him as their leader following his innovations to Yazidism.”

One of the most strict and controversial reforms was the introduction of the caste system. The Yazidis are still divided in three main castes: The spiritual leaders and clerics belong to the highest castes — the Sheikhs and the Pirs — while the rest belong to the Murid. Caste affiliation is derived from parental lineage and cannot be changed. Intermarriages between castes, as well as between non-Yazidis, are banned. “However, culture and religion are now performed in a different way,” Shivan Bibo Darwish, a journalist from Lalish Magazine, told Al-Monitor. Although some rules are still followed, Yazidi society is gradually becoming more open. “The caste system, already less strict than the Indian one, does not prevent Yazidis from the Murid caste like me to cover important positions in the public society,” Darwish said.

Throughout history, there have been repeated attempts to suppress the Yazidi faith and convert its followers to the three monotheistic religions. Yet, the Yazidis are a peaceful people who do not harbor a desire for power or a moral duty to spread their faith. They strive to find their place in society and no longer wish to be considered outcasts. Even now, in disputed areas such as Mosul, Iraq, their faith is attacked and their existence threatened. Many Yazidis have already emigrated to places like Germany and Armenia. Northern Iraq's Yazidi community is mainly based in Sheikhan, Sinjar and Behzane provinces, as well as the villages located around the city of Dahuk.

With the establishment of the Kurdistan Regional Government in 1993, the Yazidi community has established more than 20 Lalish cultural centers and aims to promote coexistence with the Sunni Muslim Kurdish majority. “We want to keep our traditions not because we still believe in our descent from Adam or in other myths,” Ayad Khanky, a history lecturer at the University of Duhok, told Al-Monitor. “Our aim is to protect the various historical heritage of Kurdish society.”

Today, the first established Lalish cultural center in Dahuk has 7,000 members. Many members are Yazidis, but there are also Kurds and foreigners from different backgrounds. According to the center, this support is fundamental to combat misinformation about Yazidism and enhance the role of this ancient faith in the history of religion and human culture.