A US delegation is visiting Turkey for "safe zone" talks amid the Turkish army's increasing activities along the Syrian border, which are signaling a possible new military operation. 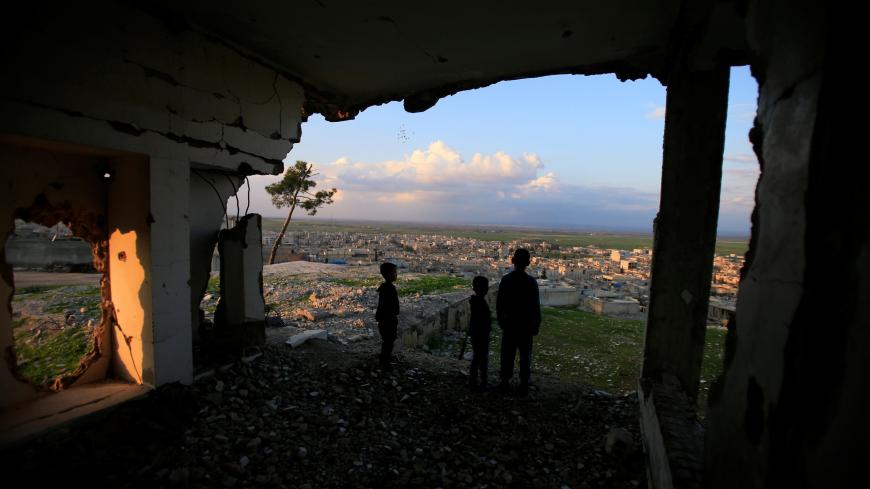 Children stand together inside a damaged house in Kobani, Syria, April 3, 2019. - REUTERS/Ali Hashisho

An American delegation led by US Syria envoy James Jeffrey has arrived in Turkey for July 22-23 meetings with its Turkish counterparts to make progress in plans for a proposed safe zone, which is expected to provide a buffer between Turkey’s border area and parts of northern Syria controlled by Kurdish groups that Turkey considers a threat to its national security. The critical talks are expected to focus on five controversial points.

Moreover, the timing of the talks is telling because of three recent developments. One is that the leaves of Turkish soldiers serving along the border east of the Euphrates River have been canceled. Also, military activities have increased along the border area facing Kobani, which is under Syrian Kurdish rule. Finally, military fortifications around the area have increased expectations of an imminent Turkish operation in northeast Syria.

It is essential to provide close air support to ground forces with combat planes, attack helicopters and armed drones. This means Turkey will have to persuade the United States to allow access to the airspace. During the 72-day-long al-Bab siege during Operation Euphrates Shield, the Turkish army bitterly learned the importance of close air support in Syria. A US green light is therefore essential. It is impossible for Turkey to conduct a unilateral military move east of the Euphrates bypassing the United States; thus, there is a necessity to get US approval for any operation in northeastern Syria.

The strategic questions the United States will have to deal with when approving such an operation will be how to accommodate two contrasting objectives: taking into account Turkey's concerns while also safeguarding the security of its local ally, the Kurdish People’s Protection Units (YPG), which constitute the backbone of the Syrian Democratic Forces.

To achieve this objective, for almost a year, the United States seemed to be in agreement with Turkey’s proposal to create a buffer zone with a limited operation in the Kobani-Tell Abyad-Ain Issa triangle, adjacent to the Manbij region. This operation, whose sole objective would be to create a buffer zone that would be protected by fixed observation outposts in the Kobani-Tell Abyad-Ain Issa triangle, would not resemble Operation Euphrates Shield — carried out against the Islamic State from Aug. 16, 2016, to March 17, 2017 — and Operation Olive Branch — which took place from January to March 2018 — launched against the YPG, which Turkey considers to be a Syrian extension of the outlawed Kurdistan Workers Party (PKK) of Turkey. The United States and many other Western countries also consider the PKK to be a terrorist group.

This new military move will be defensive in nature — as was the case with the 12 Turkish observation posts around Idlib — closely monitored by the US military.

It appears that the tactical picture of Manbij is to be copied and pasted just to the east of the Euphrates River.

Of note, two rival camps appear to be emerging in Ankara on the US-proposed buffer zone stretching into the Kobani-Tell Abyad-Ain Issa triangle. The first camp says Turkey should cooperate with Washington to create a buffer zone as soon as possible on the grounds of eliminating the YPG's military presence along the border. The second camp says cooperating with the “unpredictable” Trump administration and what is seen as an unreliable US security bureaucracy in northeast Syria would eventually lead Turkey to recognize the de facto legitimacy of the YPG-affiliated Democratic Union Party and that Ankara should not attempt to work with the United States on the safe zone.

It appears that Jeffrey and his team have persuaded YPG officials to accept the creation of a buffer zone, but there are still some major points that need to be discussed:

Size of the buffer zone: Ankara has been insisting on creating a buffer zone starting from Jarablus to Akcakale with the depth of 40 kilometers, marking the max range of the 155 mm Storm Howitzer so as to provide indirect fire support for its ground units. When Ankara is able to deliver this indirect fire support, then there will no need for close air support for the Turkish military units creating fixed military outposts in the buffer zone.

The YPG, on the other hand, seems to agree on the creation of a limited buffer zone that is a maximum of 10 kilometers (6 miles) in depth and that excludes critical urban settlements such Kobani, Tell Abyad and Ain Issa. The YPG’s offer is simply copying and pasting the operational picture in Manbij to the Tell Abyad-Kobani-Ain Issa triangle. In Manbij, the north is under the control of the Turkish military, backed by the Free Syrian Army (FSA), and the south is under the US-controlled YPG; an east-west cease-fire line along the Hajur River constitutes the boundary of these two. The United States has been trying to find a solution to the size of the buffer zone.

Also controversial is the proximity of indirect fire support elements such as multiple-rocket launchers and mortars to the buffer zone. Ankara demands all such heavy weapons should be at least 20 kilometers (some 12 miles) from the buffer zone. The YPG insists that these weapons will be needed to protect the Kurdish population that will remain in the buffer zone and that a shorter distance is necessary.

Who will control the urban settlements? Ankara wants full control of Kurdish-majority Kobani and Tell Abyad, just as it is controlling Afrin at the moment, claiming that these are historically Arab-majority areas. The YPG, in contrast, does not want to withdraw from these city centers and transfer local governance to Turkish authorities.

Who will protect the airspace of the planned buffer zone? Ankara wants full control of airspace over buffer zone, seeking a US withdrawal from the airspace of northeast Syria. In contrast, the YPG has been insisting on a US declaration of a no-fly zone so as to guarantee US backing against Turkish air-supported offensive military operations.

Will the FSA factions be deployed to the northeast? Ankara claims that it is impossible to create a buffer zone without getting help from the FSA, but the YPG does not want any FSA footprint in the northeast, particularly in Kurdish-majority city centers.

Who will control/monitor the cease-fire line in the buffer zone? The Manbij model, which involved the creation of joint patrols from the Turkish and US militaries, would not work in the northeast because the area is too big and more risky. That is why the United States is very eager to invite European partners such as France and Germany to share the burden. I think that the United States' true objective for inviting European soldiers to the northeast is to assign them to control/monitor the boundary line separating the Turkish-controlled north from the YPG-controlled south as a bipartisan military force that would be welcomed both by Ankara and YPG.

It remains to be seen whether US officials will be able to accommodate the diverging interests of Turkey, a traditional ally currently having bitter relations with Washington, and the YPG, the only US proxy force legitimizing the US military presence in Syria.

If the Jeffrey-led US delegation cannot nail down these issues, then August may be a hot month for the Kobani-Tell Abyad-Ain Issa triangle. 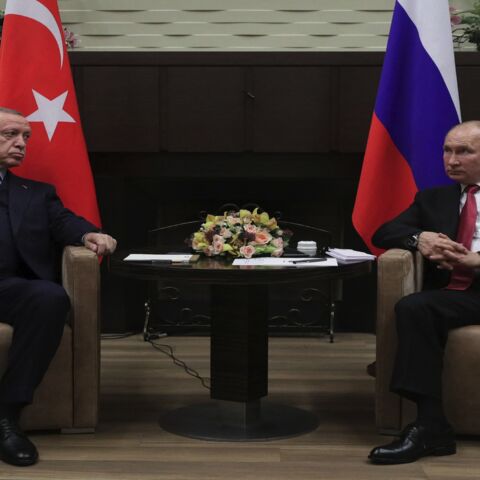