Don't expect the release of six Turkish hostages to ease the tensions between Ankara and eastern Libyan commander Khalifa Hifter. 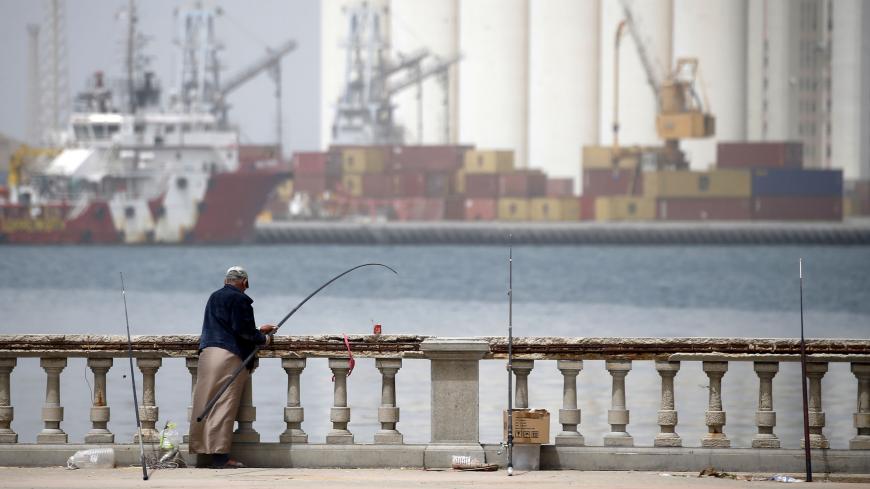 Six Turkish sailors were released by forces loyal to the east Libyan commander Khalifa Hifter Monday following a cascade of events that have both changed dynamics on the nation’s front lines and highlighted Ankara’s growing role in the ongoing conflict.

Hifter, who leads the Libya National Army (LNA) and controls much of the country’s eastern and southern regions, launched an offensive in April on Tripoli, the seat of UN-recognized Government of National Accord (GNA). Following months of intense fighting, a surprise defeat on Wednesday forced Hifter’s troops to retreat from a key front-line position on the outskirts of Tripoli.

Furious, Hifter ordered a “harsh response” to the loss while accusing Turkey of supplying his rivals with armed drones, weapons and military vehicles. The LNA imposed a ban on commercial flights from Libya to Turkey as well as a blockade on Turkish ships docking in the country. Then on Sunday, LNA forces destroyed an armed Turkish drone stationed in Tripoli’s Mitiga airport and detained six Turkish citizens in an unprecedented escalation between Hifter and Ankara.

By Monday afternoon, the Turkish citizens were released, but only after the Turkish Foreign Ministry warned Hifter his forces would become “legitimate targets” if the sailors were kept hostage. Now observers are monitoring the rising tensions between Hifter’s forces and Ankara, with many pointing to the recent events as more evidence of a growing proxy war being carried out Libyan soil, with Egypt, Saudi Arabia and the United Arab Emirates backing Hifter in the east, while Turkey and Qatar back the UN-recognized government in the west.

“Each [side is] striving to impose its own hegemony and leadership over the Middle East,” Jana Jabbour, a political scientist and professor at Sciences Po Paris University, wrote to Al-Monitor in an email.

“On one hand, the Turkish-Qatar axis is seeking to capitalize on chaos in Libya to boost the Muslim Brotherhood-inspired actors in the country, whom they see as their client,” Jabbour continued. “On the other hand, the Kingdom of Saudi Arabia, Egypt and the UAE are determined to prevent the rise and empowerment of Islamist-leaning parties, whose ideology they view as an existential threat to their political rule.”

Following the creation of Libya’s Muslim Brotherhood-affiliated Justice and Construction Party, which is modeled on Turkish President Recep Tayyip Erdogan’s Justice and Development Party, Jabbour said Turkish officials began to view instability in Libya as an instrument to boost their influence in the region.

Foreign intervention in Libya has been one of few constants in a country that has seen various armed factions struggle to gain power and territory since NATO forces ousted longtime dictator Moammar Gadhafi in 2011. Turkish journalist Fehim Tastekin recently reported on international stakeholders in the Libyan conflict, highlighting Turkey’s role in supporting GNA forces over the years through numerous arms shipments, some of which have been stopped by the Greek and Egyptian authorities.

Other reports allege Turkish military officials have been supporting the GNA via drone operators stationed in Tripoli. Bloomberg reported Turkish-made Bayraktar armed drones were filmed near Tripoli’s airport, with a diplomatic source stating Libyan forces did not have the “training to operate drones, suggesting foreign assistance” in conducting air strikes.

According to Tarek Megerisi, a policy fellow with the Middle East and North Africa program at the European Council on Foreign Relations, the Turkish government deepened its involvement in opposing Hifter’s offensive on Tripoli following an April 29 phone call between Erdogan and Fayez al-Sarraj, chairman of the Presidential Council of Libya.

“These developments led to overt Turkish assistance to the anti-Hifter war effort — perhaps including the alleged attack on Hifter’s air base in Jufra on May 16, which involved Bayraktar armed drones launched from Misrata,” Megerisi wrote in an ECFR report. “This was the first recorded use of Turkish-made drones in Libya. Since then, such drones have played a prominent role near the front lines in Tripoli.”

Observers predict Turkey’s involvement in Libya to continue as Hifter’s forces are also receiving military support and arms shipments from Egypt and the UAE. The LNA has employed Chinese-made Wing Loong drones to conduct airstrikes, and the recent retreat near Tripoli revealed a cache of American missiles at Hifter’s disposal. Reports indicate markings on the missiles’ containers suggest they were originally sold to the UAE.

The discovery is an ominous sign for peace efforts in Libya, which remains host to one of the region’s longest-running proxy wars. According to Sedat Aybar, head of the Africa Research Center at Istanbul Aydin University, Turkish officials will likely extend their support for the GNA into the foreseeable future as a counterbalance to Saudi, Egyptian and UAE influence in the region.

“The fight between Khalifa Hifter and the legitimate government of Libya is a fight between independence and enslavement,” Aybar told Al-Monitor in a phone interview. “Hifter is basically putting himself forward as a savior, but he is a puppet of other governments. He is supported by the United States just like General [Abdel Fattah al-] Sisi of Egypt and Saudi Arabia. His push for power destabilized the region and undermines progress for peace and prosperity.”

Moving forward, Jabbour said Turkey will pursue pragmatism in Libya, despite the recent pushback from Hifter’s forces and the risk of aggravating regional powers.

“Turkey is likely to continue playing ‘split diplomacy,’ growing its influence in Libya, supporting the GNA, building excellent economic and military relations with the latter, while at the same time not taking the risk of an open war with its rivals,” Jabbour told Al-Monitor. “In Libya and elsewhere, Turkey is asserting itself as a regional power that matters … while acting pragmatically and never totally turning its back to other powers.”