There appear to be serious attempts to include the Kurds in the negotiations aimed at resolving the Syrian crisis. 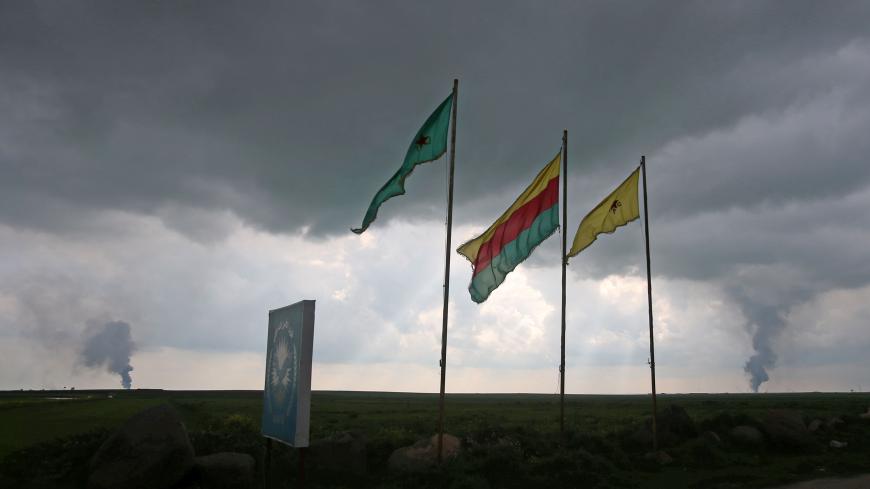 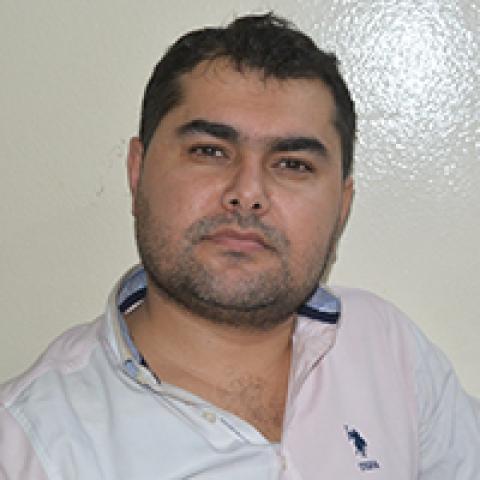 QAMISHLI, Syria — Since the battles against the Islamic State (IS) in Baghouz ended in March, several factors have indicated the Kurdish-led autonomous administration in northeast Syria is garnering international political support.

Previously, support to that region — known as Syrian Kurdistan or Rojava — from the international coalition against IS had been limited to military and security aspects. Now, diplomatic visits have increased in frequency, actually coming weekly in the past two months, Abdul Karim Omar, head of the region's Foreign Relations Department, told Al-Monitor.

Most foreign delegations visiting the self-administration area used to avoid the media and focused on receiving their countries' children and wives of IS fighters held there. But there has been a shift since June in the number and quality of these visits.

Since then, nine diplomatic delegations have traveled to Rojava, representing several countries that are part of the international coalition. A high-level Swedish delegation led by that country's envoy to Syria, Brower Yeniouz, arrived June 18.

Upon arriving to the Foreign Relations Department in Qamishli, Yeniouz told reporters, “The United Nations and partner countries believe that this region and the Kurds must have a voice in the creation of the future of Syria.”

Yeniouz’s statement may reflect what's being said in the international community regarding Syrian Kurdistan.

Omar believes these foreign visits have several important aspects: They mark the beginning of “diplomatic openness” and “recognition of the areas and the de facto government.” He added, "[They reflect] the importance of the area and the role it can play in the future of Syria.”

Another indicator of political support to the Kurds in Syria is the June 29 signing of an agreement with the United Nations to stop the recruitment of child soldiers. The agreement was signed by Gen. Mazlum Kobane, commander of the Syrian Democratic Forces (SDF), and Abdul Mahbash, co-head of the region's executive council, and UN Special Representative for Children and Armed Conflict Virginia Gamba at the UN office in Geneva.

Turkey objects to the agreement, apparently considering it a show of support for the Kurds.

Turkish author, journalist and Al-Monitor columnist Fehim Tastekin said the UN usually concludes such agreements with organizations involved in conflicts, so “it's abnormal for such conventions to face any objection.”

He told Al-Monitor that Turkey objects to this agreement because “a convention with the UN reflects a sense of recognition, and this is not something Turkey desires [for the Kurds]. Ankara deems the People’s Protection Units and all the related [Kurdish] groups as terrorist groups, and it doesn't want anyone to deal with them, be it the UN, the Syrians or the United States.”

Tastekin added, “The presence and acceptance of the SDF in the international arena goes against Turkish policies."

Omar, when asked if the Kurds find such indicators serious, said they had received assurances from the United States, France and some other members of the US-led coalition "that there will be no serious political process without the Kurds and representatives of northern and eastern Syria in the negotiations to find a solution.”

However, he added, "It's still too early to talk about the political [solution] because the Syrian crisis will take years [to resolve], and this is all at the expense of the Syrian people.”

Omar said there were two rounds of June meetings in Oslo between a delegation from the self-administered area and UN Special Envoy for Syria Geir Pedersen. He noted that the two sides “exchanged views on the Syrian crisis and discussed contradictions on the ground, the political solution and the need to have all components of the Syrian people take part in the solution and in the committee drafting the constitution.” Omar added that more meetings will be held with Pedersen in the future.

Gabriel Moushe Gawrieh, who represents the opposition on the constitutional committee, told Al-Monitor, “There were reports that representatives of the autonomous administration might be included in the negotiating body and the constitutional committee, but this has yet to be confirmed. For his part, head of the Syrian Negotiation Commission Nasr al-Hariri repeatedly said that it was never approached by any country regarding this matter [of including Kurds].”

France, Gawrieh said, “takes a great interest” in involving Kurdish representatives in the negotiation process, and this is why it has launched an initiative to sponsor a Kurdish-Kurdish dialogue and open channels of communication between the Syrian Democratic Council (SDC, the political wing of the SDF) and other parties from the Syrian opposition.

As opposed to the declared stance of the Turkish-backed rebels, Gawrieh, who is based in Qamishli and who previously headed the Assyrian Democratic Organization, believes "it would be useful for representatives of the northeastern regions to participate in the negotiating process and the drafting of the constitution because of the weight they represent and because this participation will give greater impetus to democratic trends. This would also boost the opposition’s stance vis-a-vis the regime, which refuses to make any meaningful changes to its authoritarian structure."

Along those same lines, Eldar Khalil, leader of the Democratic Society Movement (TEV-DEM, the multicultural governing coalition of Rojava), told Al-Monitor that those calling for the involvement of the Kurds and representatives of Rojava in the negotiations for a solution to the crisis are “serious.”

He believes, however, that reaching such a decision requires an international agreement and a unified stance.

"The Swedish position is positive but requires support from other countries, and this is what I expect to happen in the future," Khalil said.