A shocking tale of sexual abuse and exploitation has Turks reeling now that an investigative journalist has published new details about the cult of Ugur Korunmaz. 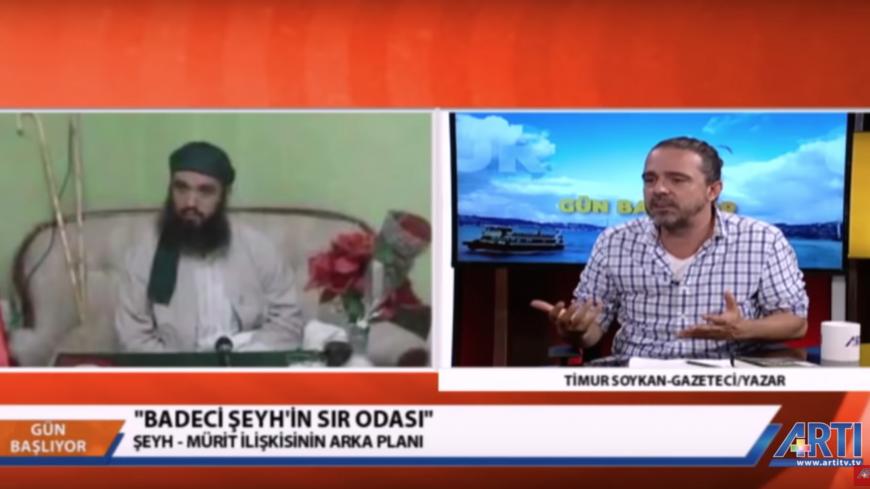 Further shocking details have emerged about rampant sexual exploitation by certain Islamic religious cults in Turkey thanks to a respected Turkish investigative journalist. Timur Soykan has published his findings in a new book, “Badeci Seyh’in Sir odasi,” or “The secret chamber of the sheikh who engages in oral intercourse.”

The modus operandi of the randy sheikh illustrates what Soykan argues is deep rooted and systemic abuse by a multitude of cults that continue to operate unhindered in violation of a 1925 law introduced by Turkey’s secularizing founder, Mustafa Kemal Ataturk. The law banning sheikhs and dervishes and shuttering their lodges was intended to break their hold over segments of society, but it apparently failed. Soykan notes that while they have existed for centuries, the “tarikats,” as the sects are known, are currently enjoying “a golden age” under President Recep Tayyip Erdogan’s Justice and Development Party (AKP).

Their influence was brazenly flaunted by the likes of Islamic preacher Adnan Oktar, among a panoply of similarly flashy other peddlers of phony faith. For decades, the cult leader lured followers from across the globe using an army of busty blonde sirens and Armani-clad male gigolos, making millions of dollars along the way. He was finally arrested last year and charged with fraud and sexual abuse.

The subject of Soykan’s book, however, is Ugur Korunmaz, who led an obscure cult in the western province of Bursa until his arrest in 2011. In an interview with Minez Bayulgen of the independent online news publication Diken, Soykan said that in all his reporting on Islamic sects, “it's the first time I’ve seen one like this.”

Korunmaz claimed his sexual organ was “a fountain of light” and persuaded male and female followers to perform oral sex on him. “He would then order them to swallow, telling them that this alone would open the gates of heaven,” explained Soykan in emailed comments to Al-Monitor. The second stage of initiation was “submission” in which Korunmaz would engage in full intercourse with his victims, all the while filling his coffers with mandatory donations. All of it unfolded in the intimacy of the sheikh’s “secret chamber.”

It wasn’t until two defectors blew the whistle on Korunmaz that he was busted in a police raid. A seemingly unrepentant Korunmaz told interrogators if he did not allow his flock to have sex with him in the wake of routine sessions of “dhikr" or ritualistic chanting they “would go insane.” Detained followers defended the sheikh, saying they saw him as “the lord of the universe” and viewed his private parts as they would “my mother’s breast.” Few if any of the followers questioned what was going on.

“When I first began writing my book I was convinced these people were drawn to such groups because of sexual deprivation but I came to realize I was wrong, that their primary motivation was religious,” Soykan told Al-Monitor. “For centuries, the tarikats, be it through dhikr or other rituals, established a system that erased individual character, deified the sheikhs and led followers to believe that they did not even have the right to think.”

Soykan said his primary motive for writing the book was to expose the degree to which “the danger remains, how followers’ faculties of reasoning, questioning are being eroded within the tarikats.” He interviewed numerous members of Korunmaz' cult and pored over their police and court testimonies, all peppered with graphic detail.

Most shockingly, prosecutors deemed it unnecessary to investigate cult members’ claims that Korunmaz had sex with minors, including with his own son.

Korunmaz was sentenced to six years in prison but in 2014, after lengthy legal debates over the sentence, an appeals court overturned the decision and slapped Korunmaz with a total 188 years for sexual crimes.

A rare and prominent Islamic fraternity to face the AKP’s wrath is the Gulenists, led by the Pennsylvania-based Sunni preacher Fethullah Gulen. Long reviled by the military-led secularist establishment as a dangerous reactionary, he emerged from the shadows to become Erdogan’s informal coalition partner until they fell out in a protracted power struggle. Their quarrel ostensibly culminated in the failed July 2016 coup attempt, which the government blamed on Gulen. It has since set about purging and jailing tens of thousands of his alleged disciples in the media, bureaucracy, security services, academia and the business world.

The vacuum left by the purge has been filled with members of the Menzil sect, among the largest and mightiest in Turkey, Soykan said. Based in the predominantly Kurdish province of Adiyaman but spread across the country, the Menzil steered clear of politics, focusing instead on charitable causes. But now its adherents are aping the Gulenists, filling posts in the security services, government ministries and elsewhere, according to Soykan.

That said, there remain numerous religious orders that contribute positively to Turkish society. The best-known internationally are the Mevlevis of “Whirling Dervish” fame who in the words of scholar Beatrice Hendrich are committed to “a focus on high culture and spiritual development.”