With Erdogan blaming Pennsylvania-based cleric Fethullah Gulen for masterminding the recent coup attempt, there have been increasing calls for his extradition from the US to Turkey. 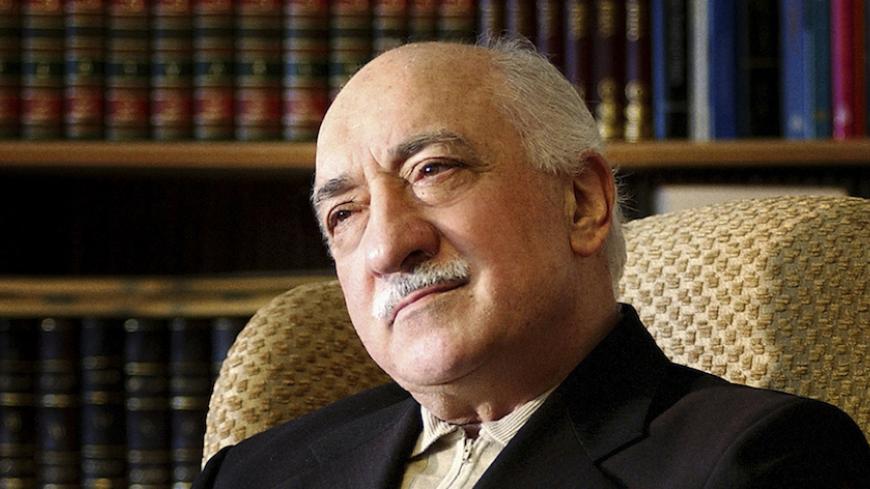 Who was behind Turkey’s bloody coup attempt, which cost more than 160 lives, saw the nation’s parliament bombed and brought the country to the brink of brutal military rule for the first time since 1983?

Since the first moment of the coup attempt, the government pointed to the Fethullah Gulen community, an Islamic sect with a clandestine network within the Turkish state. No wonder the coup plot was followed by a massive crackdown on “Gulenists,” as they are called, within the military, judiciary, police and other institutions. Many observers in the West, however, seem quite reluctant to accept that the Gulenists had anything to do with the coup, saying that there is no evidence. Some even suspect that the coup attempt might be a hoax by President Recep Tayyip Erdogan, his version of the Reichstag fire.

There are two likely reasons for this skepticism: Lately Erdogan has pumped out many fantastical conspiracy theories, as I have criticized repeatedly in Al-Monitor. Also, Erdogan’s deepening authoritarianism rightly concerns people about Turkey, and many observers think that this is the main problem in the county. However, some conspiracies are real, as evidenced by the coup plot itself. Moreover, the Gulenist problem is not just real, but lethal, as shown by the events of the past several days.

The Gulen movement has hundreds of thousands of members, who all seem to believe that the former mosque preacher has some special divine guidance and wisdom. People from the group's inner circle have personally told me that they see him as the “chosen one” — the Mahdi, the Islamic version of the messiah concept. This belief makes the community very tight knit with full obedience to Gulen. There is no room for any dissent, let alone criticism.

Now, if the Gulenists had merely established schools, charities and nongovernmental organizations all over the world — which seems to be the case at first glance — then there would no problem. (Over the years, I personally have gotten to know the “civilian” side of the Gulen movement and met many nice people, for whom I had only sympathy.) However, as numerous events, anecdotes and journalistic reports show, the Gulenists also have a dark side: their covert organization within the state, a project that's been going on for decades with the aim of establishing bureaucratic control over the state.

I had written about this dark side for Al-Monitor about two years ago, by interviewing Hanefi Avci, an ex-police chief who exposed Gulenist infiltration of the police force back in 2010 with a bestselling book only to be quickly imprisoned on trumped-up charges. Avci had explained how Gulenists obtained state secrets and committed other crimes by illegal wiretaps and forging documents. He also warned that the Gulenists were very powerful in the military as well — and that they could try to use that influence as a last resort in their existential war with Erdogan.

This is the background of Friday's coup plot. Notably, it came about a month before the annual reshuffling of the Turkish military, in which Erdogan was planning to purge or demote suspected Gulenists. Most of the officers who became involved in the plot had been promoted to their ranks after the notorious Sledgehammer case of 2009, run by the Gulenist prosecutors who were then endorsed by Erdogan as his allies against a secularist coup — one must appreciate the irony.

That Sledgehammer case, which imprisoned more than 300 secularist officers for years, was exposed as a hoax by Dani Rodrik, a Harvard professor who also happens to be the son-in-law of one the top generals accused in the case. Hence Rodrik, who is a Western liberal and certainly no fan of Erdogan, can be considered as a knowledgeable voice in these matters. In his recent piece for Project Syndicate, “Turkey’s Baffling Coup,” he noted the following about the Gulenist involvement:

“The claim is less outlandish than it may seem. We know that there is a strong Gulenist presence in the military. … In fact, the military was the last remaining Gulenist stronghold in Turkey, since Erdogan had already purged the movement’s sympathizers in the police, judiciary and media. We also know that Erdogan was preparing to make a major move against the Gulenists in the military. … So the Gulenists had a motive, and the timing of the attempt supports their involvement.”

It is also quite possible that some non-Gulenist, secular officers, who despised Erdogan for other reasons, might be involved in the coup plot, as pointed out by Metin Gurcan in his own analysis for Al-Monitor. Yet the claim that Gulenists must be the driving force is no crazy conspiracy theory. It is the most plausible theory.

So what does this all mean? It means that Gulen, based in Pennsylvania since the late 1990s, must face trial. Previous accusations were made against him by the Turkish government on admittedly shaky grounds. For example, the corruption probe Gulenists launched against government members in December 2013 were dubbed by the government a “coup attempt,” whereas it could be only seen as “a corruption probe with covert political motives,” as I then argued in Al-Monitor. But last Friday's bloody coup attempt is at a whole new level. It is a horrendous attack on Turkey that has to be prosecuted and punished.

In other words, Gulen must face trial, and for this, the US government must extradite him to Turkey. Naturally, there will be worries about whether he will face a fair trial with due process. There were similar worries for Abdullah Ocalan, the leader of the terrorist Kurdistan Workers Party, when he was captured in 1999 by the Americans and handed over to Turkey. Ocalan faced a fair trial; Gulen must face one, too. This is vital for not just Turkish-American relations, or for calming the dangerous political euphoria in Turkey and initiating normalization. It is vital also for justice.