Cause or cult? What it means to be a Gulenist 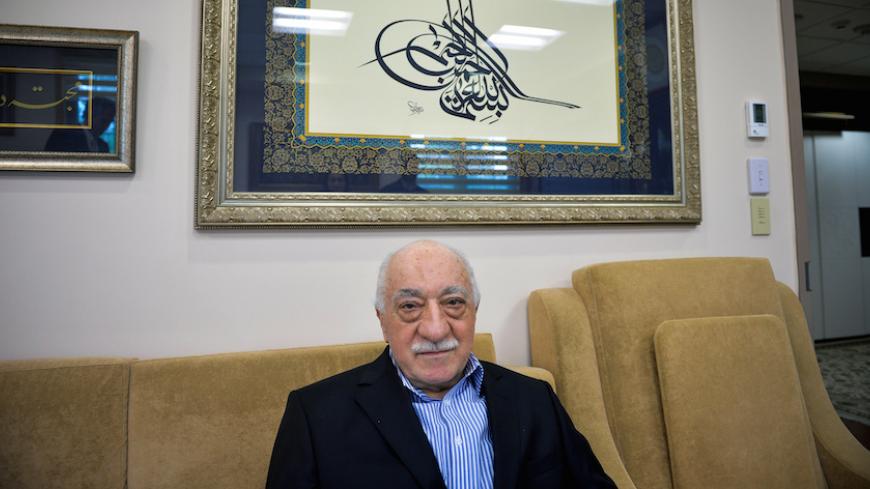 The attempted coup in Turkey mobilized the nation against not just the plotting officers, but also the religious group that at least some of those plotters seem to belong: The Islamic community led by Fethullah Gulen, a US-based Turkish cleric.

Turkish President Recep Tayyip Erdogan, his supporters and almost all people across the political spectrum in Turkey now see Gulenists as the main culprit of the coup, as well as many other shadowy crimes of the past decade.

Yet how could this be possible, many wonder, especially given the group's appearance of being a peaceful movement devoted to love, tolerance and dialogue? Here is my personal story, which may shed some light on this complicated matter.

As an aspiring writer on Turkish and Muslim affairs in the early 2000s, it didn't take long for me to become acquainted with the Gulen community, which was Turkey's most active, prolific and globalized Islamic group. I first met the editor of the daily Zaman, the main Gulenist paper, where I published a few op-eds and even worked for a few months. I also met the directors of the Journalists and Writers Foundation, the flagship organization of the group, and helped them organize "interfaith dialogue" events. After a conference in Washington, I even met Gulen himself in late 2004 as part of a delegation of Turkish journalists. He was polite and modest, and everyone around him was impeccably obedient.

In those years, in fact throughout the first decade of the 21st century, Turkey was divided: On one side was the "Kemalist establishment" — the ultrasecular military and its allies. On the other side were Erdogan's Justice and Development Party (AKP), the Gulenists and most liberals. I was firmly with the latter, believing that a post-Kemalist Turkey would be not only more religious but also more democratic. Kemalism was a secular yet authoritarian ideology, whereas its Islamist foes had matured to become real democrats — or so I hoped.

By 2010, some troubles cropped up in this neat story. A series of widespread arrests of secular military officers and their allies took place under controversial cases known as "Ergenekon" and "Sledgehammer." I began to feel that the arrests went too far and began to raise criticisms in my column in the pro-AKP daily Star. The AKP people were all still agitated against the secularists, but the Gulenists were even more aggressive. They still liked me, but they didn't like my criticism. Soon, my appearance on a nationwide TV show on Kanalturk, a Gulenist channel, was terminated.

Two events in particular served as wake-up calls for me at that time: Hanefi Avci, a conservative police chief who stood up against the "soft coup" of the late 1990s, wrote a book exposing that not only had Gulenists infiltrated the police heavily, they also used libel and even fake evidence to get rid of anyone in their way. Then, alas, the right-wing Avci was arrested in late 2010 on the ridiculous charge of being a member of a little-known communist terror group. This was ludicrous, I argued in several pieces defending Avci, only to be chided by Gulenists for "siding with the putschists."

The second definitive event was meeting Harvard professors Dani Rodrik and his wife, Pinar Dogan, in early 2011. The top general who was being tried in the Sledgehammer case, Cetin Dogan, was Pinar Dogan's father, which obviously raised questions about bias, but their argument was too convincing to be dismissed: Some of the documents presented as evidence of a coup plot in 2003 were clearly written several years later to embellish the evidence. Rodrik then told me in late 2011, "All evidence suggests that Gulenists within the police created false evidence."

I distanced myself from the movement. Still, I was unsure about something: Was the anti-secular witch hunt in Turkey the work of a rogue element within the community? Did Gulen himself know about these things and give his consent, let alone his orders? I had no idea. Moreover, I read a piece in Zaman by Gulen himself sometime in 2011 with the headline "Wrong methods cannot be used for a right cause." Maybe, I said to myself, some Gulenists in Turkey became too fanatical and Gulen was scolding them. At least I wanted to give him the benefit of the doubt.

When I published my book "Islam Without Extremes: A Muslim Case for Liberty" in the United States in August 2011, a new chapter began in my story with the Gulenists. This was a book defending "liberal Islam." The Gulenists in America, who had needed a Turkish author to give that message, invited me for a talk. One of the first things I said, however, was, "Your people in Turkey did very wrong things of which I don't approve." To my positive surprise, they responded, "We agree. Turkey’s context made them too fanatical, we are very different here."

In the next two years, 2012 and 2013, I spoke and signed books at more than a dozen Gulenist events in America. I met people who gave all their lives to a missionary cause, which was, for them, only about showing the beautiful truth of Islam to the world. They were all kind, modest, good-hearted people for whom I only had sympathy. I was convinced, as I still am, that these people — in fact, most Gulenists — had no idea about the dark side of their group.

After the AKP and Gulenists parted ways in December 2013, the Gulenists led a corruption investigation of prominent AKP members. That was a watershed event that initiated incredible enmity between the AKP and Gulenists, as both sides believed the other's ugly face had been exposed. For me, however, both sides were exposed. The corruption within the AKP proved to be massive, and the scope of Gulenist infiltration and espionage also proved substantial.

A key point among the exposures was Gulen's full control over his organization. In a wiretapped conversation between Gulen and one of his followers, posted on YouTube in early 2014, the latter was asking Gulen what to do about a refinery in Africa, planned gifts to Turkish businessmen and even campaigns on Twitter. Gulen, it turned out, was really not the ascetic Sufi we were told about, but a micro-manager of a global organization based on secrecy and hierarchy. "He really controls everything," I was told in June 2014 by Huseyin Gulerce, the man who introduced me to Gulen himself 10 years ago in Pennsylvania, but who had defected by that point.

In the next two years, I kept arguing that the AKP should indeed disestablish the Gulenist "parallel state" within the state, but not attack the schools, companies or charities of the Gulenists. The latter must engage in "self-criticism" about their misdeeds, I added, while the AKP must be honest about corruption. Surely, neither side liked these arguments.

Here is an admission: I did not see the coup plot of July 15-16 coming. My sense was that the Gulenists had already had their heyday, which they squandered horribly, but now they were the victims of Erdogan's excessive revenge. "The covert organization of the Gulen movement within key bureaucratic institutions was a real problem for Turkey," I wrote three weeks before the coup plot, "but the regime's witch hunt is now a bigger one." I could not imagine that Gulenists could go for something as wild and violent as a bloody takeover, overshadowing every other political problem in Turkey.

Deep down, what is the main problem with the Gulen community? In my view, it is over-idealistic collectivism. There is a sacred cause, a single leader with supra-human wisdom and a cadre of devotees who sacrifice their lives and individual minds for the utopia. The sincerity one sees here is admittedly admirable. But the self-righteousness and the aggressiveness it breeds are destructive — to others, and ultimately to itself.

Can anything good come out of this stunning story? I would say yes, if all those good-hearted, innocent people in the movement can open new chapters in their lives as post-Gulenist individuals. There are signs that some of the more open-minded people in the group are now engaging in real self-criticism, arguing against "absolutism, utopianism, sense of chosenness," and "loss of the individual." They should be encouraged in such soul-searching.

Meanwhile, other Turks should realize that the problem is not merely one single ambitious cult, but any "cause" that venerates itself, demonizes its opponents and justifies all means for its ends.