Prime Minister Mohammad Shtayyeh believes the Palestinian economy's future lies in encrypted digital currency, though there are plenty of pitfalls. 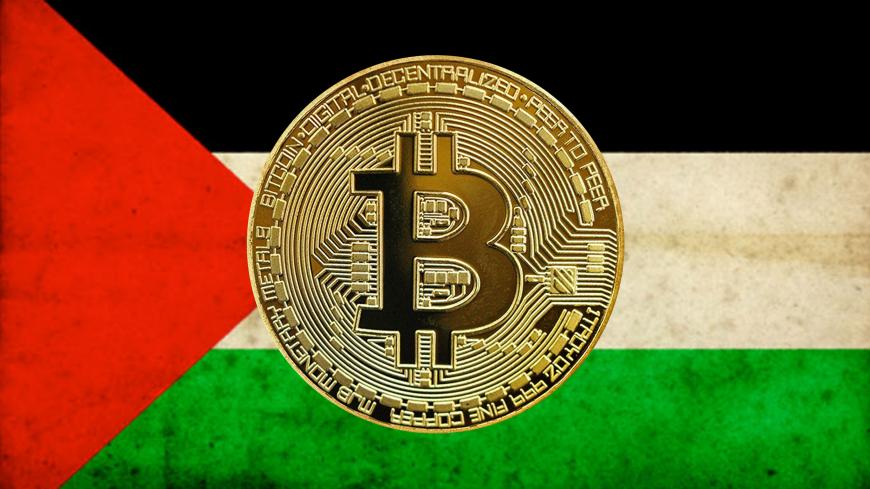 GAZA CITY, Gaza Strip — The new Palestinian government wants to launch its economy into cyberspace to reach a long-time goal: dispensing with the Israeli shekel.

Palestinian Prime Minister Mohammad Shtayyeh recently confirmed his government's plans to use cryptocurrency to overcome obstacles imposed by Israel on the Palestinian economy. Shtayyeh spoke July 9 at the opening of the Palestine Center for Computer Emergency Response in Ramallah.

He said he will consider every possibility that Israel won't be able to block, reiterating the pledge he made April 13 when he first assumed the premiership to find an alternative currency.

“The Palestinian economy has about 25 billion shekels [$7 billion] circulating in the local economy, but we're not forced to remain dependent on the shekel,” he said when he made his first appearance on Palestine TV after taking office.

Shtayyeh is keen on a national cryptocurrency — a digital form of money encrypted for security. However, the prime minister’s recent statements have raised questions about the idea's economic feasibility and the Palestinian government’s ability to achieve this quantum leap in breaking its economic reliance on Israel.

The Paris Protocol, signed by Israel and the Palestinian Liberation Organization (PLO) in April 1994, vested the Palestinian Monetary Authority (PMA) with the powers of a central bank, but without the ability to issue banknotes. Pursuant to this protocol, the Israeli shekel is one of the main circulating currencies in the Palestinian market, along with the US dollar and Jordanian dinar. The protocol stated that the shekel shall be used “as means of payment for all purposes including official transactions.”

The PMA introduced the idea of developing a sovereign digital currency in 2017, saying it hoped to have a cryptocurrency in place within five years. But it remains a daunting task.

Bakr Shtayyeh, an economic and social sciences professor at Najah University in Nablus, doesn't believe that a cryptocurrency would be economically feasible for Palestinians or that it would help break the dependency on Israel. He told Al-Monitor, “If Palestine has its own currency, will it be able to prevent Israel from withholding tax clearance funds or controlling crossings and the movement of exports and imports? Will Palestine be able to conclude direct commercial deals with neighboring countries without the imported or exported goods passing through Israeli commercial ports? The problem of the Palestinian economy is not the currency but rather a complex economic and political reliance on Israel.”

He pointed out that a cryptocurrency at the present time would be a mere sovereign symbol and a kind of political challenge to Israel's policies. “I doubt this would achieve any economic gain,” he said. "There are 170,000 Palestinians working in Israel who earn their salaries in the Israeli shekel. Add to this, 80% of the trade exchanges with Israel are in shekels. Israel won't accept dealing with another currency, and the shekel surplus predicament in Palestine will remain unchanged.”

Before the Palestinian Authority (PA) can issue a cryptocurrency, he said, it needs to assess its own ability to maintain the stability and value of the currency, and whether Palestinians will even trust it. “Political tension with Israel will directly lead to a devaluation of this currency, which would make it difficult for it to gain the confidence of traders.”

The professor continued, “Is the PA capable of repelling cyberattacks and cyberpiracy that Israel could launch against the Palestinian cryptocurrency, especially since Israel is advanced in the field of software development? Palestine needs an economic base capable of embracing this currency by promoting its production in all its forms, especially as Palestine is a consumer country and production is what strengthens the value of a currency. … We must not rush into a decision that the government may regret later."

Mazen al-Agha, an economics professor and researcher at the Palestinian Planning Center, told Al-Monitor, “Palestine isn't prepared at the economic, political and security levels to issue a Palestinian currency to be traded among Palestinians. How can it persuade foreign parties to deal with this currency?”

He added, “In theory, it's possible to issue this currency, but in practice, there are a lot of difficulties. Before issuing it, the PA needs to create a favorable economic environment.”

He believes the prime minister's statements were designed to get Israeli authorities' attention, to say that the PA has other alternatives. “A currency needs time to gain the citizens’ trust. The PA would have to exert great effort and raise awareness on the use of any new currency. Israel would not take this lying down. … All of the PA’s dealings with Israel are in shekels, and breaking the PA’s reliance on Israel would greatly affect [Israel's] economy.”

The PA would have to pressure Israel to adjust its economic policies by "suspending joint security coordination, canceling the Oslo Agreement that governs political and security aspects of the relations between the PLO and Israel, and mobilizing popular resistance — especially since Israel isn't interested in igniting the security situation in the West Bank.”

Another economics professor, Noureddine Abu al-Rab at the Arab American University in Jenin, assured Al-Monitor that issuing a Palestinian cryptocurrency would be a viable, but tough, option for the PA to overcome its suffocating financial crisis. “The PA government must gain the people’s confidence, protect its currency and maintain the stability of its value. This is very difficult, as the government currently has no hard currency to support a cryptocurrency,” said Rab.

Rab did highlight one advantage of moving toward cryptocurrency: "The Central Bank of Israel will lose the revenue it earns as a result of the current use of its national currency in the Palestinian markets."

Abu al-Rab doesn't rule out the idea that the government’s recent talk about embracing cryptocurrency might be designed to squeeze political gains from Israel. “The Israeli authorities are capable of analyzing whether the [PA] government can issue such currency or not. The government should put its money where its mouth is to strengthen the citizen's confidence in it.”