Over the past few months, the IDF has increased its operations against Hezbollah, which is taking over abandoned military outposts in the Syrian Golan Heights. 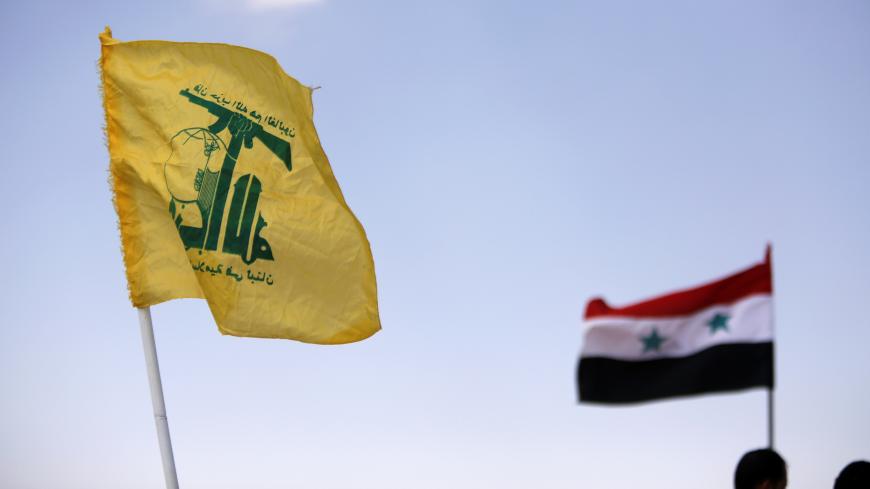 Zidan Mashour, a Druze resident of the Syrian Golan Heights village of Hader, was driving July 22 near the town of Quneitra when his car exploded and he was killed instantly. A missile fired from an unmanned aircraft reportedly hit his car. The killing was attributed to Israel, which did not take responsibility for the attack.

According to Syrian media reports, Mashour was a key activist in the “Golan File,” a covert Hezbollah operation to establish a frontline base against Israel on the Golan Heights that Israel exposed this past March. His job was to recruit local residents for a secret militia being established by Hezbollah along the border with Israel. The militia was tasked with storing weapons, explosives and anti-tank missiles for the Shiite organization, familiarizing itself with the border and readying for the day when Hezbollah Secretary General Hassan Nasrallah opens a new front against Israel. According to the “Golan File,” Hezbollah’s militia is mostly local mercenaries. It is reportedly led by Hezbollah operative Ali Moussa Daqduq (nicknamed Abu Hassan Sajad). This unit is supposed to collect intelligence information, identify Israeli weak points, monitor the movement and SOPs of the Israeli military units deployed along the border and entrench Hezbollah in the arena.

This is the same type of activity that was led a few years ago by Jihad Mughniyah, the son of one of the Hezbollah founders Imad Mughniyah, and subsequently by Samir Kuntar. Both were killed in mysterious 2015 assassinations in Syria. Hezbollah has always aspired to establish a frontline base on the Syrian Golan, thereby expanding its Lebanon-based front against Israel. Syrian President Bashar al-Assad was adamantly opposed to the plan, according to Western intelligence sources. However, after Iran and its Hezbollah allies saved Assad’s regime during the Syrian civil war, he has lifted his veto on the militia’s entrenchment in the Golan. Assad is not involved, not interested and, according to some assessments, is not familiar with Hezbollah’s operations on the Golan. His attention is focused on the final rebel holdout in northern Syria and in the complex battles by his army to take the Idlib enclave. Nasrallah, according to Israeli intelligence, has free rein in the Syrian Golan.

Israel exposed the “Golan File” in order to deter Nasrallah and try to convince Hezbollah to drop the idea, but it failed. Hezbollah continued to establish a military option for itself on the Golan, according to Israeli intelligence. “Currently they are putting together their force,” a senior Israeli military source told Al-Monitor in March, when the covert Hezbollah operation was revealed. “We do not intend to let this happen. We will not allow Hezbollah to extend its front with Israel to the Syrian Golan, too. It will not happen.”

To build its new front, Hezbollah is using existing Syrian infrastructure, including abandoned or manned military positions, observation posts and vehicles adapted for intelligence gathering. If Israel was indeed behind Mashour’s killing, the Syrian Golan is currently the only front on which the IDF carry out “targeted killings,” an MO Israel has avoided in recent years along its “active” front with the Gaza Strip. His “elimination,” as Israel dubs such assassinations, is clearly designed to signal local activists signing up for Hezbollah that Israeli intelligence is keeping an eye on them. Prime Minister Benjamin Netanyahu himself said as much when the “Golan File” was exposed: “Israel knows what you’re doing; Israel knows where you’re doing it. … Israel will continue to use all means overt and covert to block Iran’s efforts to use Syria, Lebanon and Gaza as forward bases against Israel.”

Israel’s operations against Hezbollah and Iran’s Golan entrenchment include attacks on infrastructure, according to foreign media reports. As always, Israel does not admit to any of the mysterious aerial attacks on Syria, but local media and Syrian opposition activists consistently claim that the Israel air force is responsible. Such an attack occurred on July 23, the day after Mashour’s assassination. Unidentified aircraft attacked infrastructure targets in Tel al-Hara, a strategically located site overlooking Israel. There were similar attacks on the site on June 11 of this year and several months earlier.

Tel al-Hara is considered a valuable observation post for intelligence gathering and signal intelligence about events and military deployment on the Israeli-held side of the Golan Heights. Both sides appear equally determined regarding this site: Israel, according to foreign media reports, continues to bomb and “mop up” in real time the military infrastructure being established on the Syrian Golan, while Hezbollah continues to try its luck despite the heavy price its people pay.

For now, Israel is keeping up its campaign against Hezbollah. The rules of the game set by Nasrallah, according to which Hezbollah responds to any Israeli military operation against it in Lebanon, do not apply to events on the Syrian Golan. Nonetheless, Israel is raising its preparedness level and taking into account that Nasrallah will want to avenge the attacks attributed to Israel on his operations in Syria at some point.

In the meantime, all indications point in a different direction. The Hezbollah chief has not responded to the attacks, not even in his speeches. Hezbollah has other problems — its budget keeps shrinking, Iran’s aid is declining in light of Western sanctions on its regime and it is not available for any more military adventurism. Nonetheless, events in the Persian Gulf and the continued escalation of US-Iran tensions, to the extent of frontal military clashes, underscore the possibility that Iran would seek to exert pressure on the United States via the front with Israel. If that happens, the Syrian Golan could serve as an Iranian pilot project, field trial or demonstration model vis-à-vis Trump. Israel hopes not to reach such a stage, but to be as prepared as possible in case it does.