By stating that Israel will never again evacuate settlements, Prime Minister Benjamin Netanyahu officially denied any intention of pursuing his 2009 recognition at his Bar Ilan speech of the two-state solution. 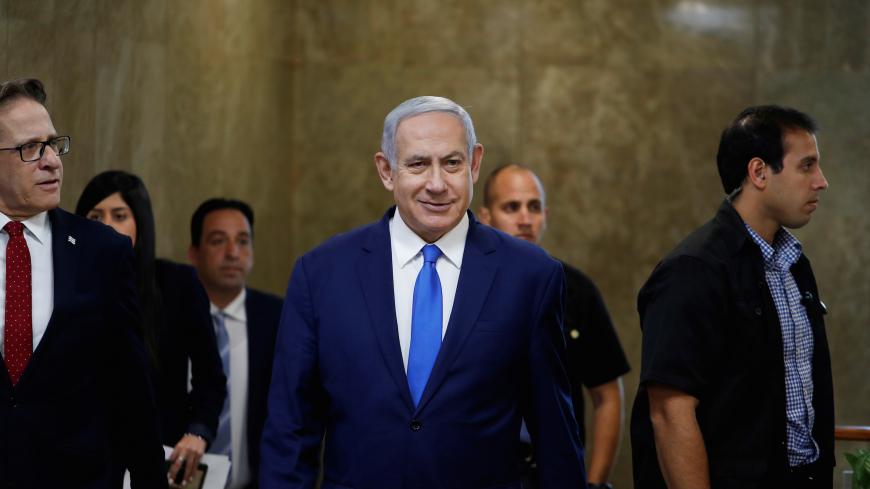 In fact, in that same July 13 interview, the leader of Israel’s religious right also expressed his desire “to impose Israeli sovereignty over all of Judea and Samaria”, i.e., the entire West Bank.

Peretz, head of the United Right party, has no qualms about openly admitting that Israeli sovereignty would not grant equal rights to all those living in the territory to which he refers by its biblical names “Judea and Samaria,” which remains "the West Bank" for its 2.5 million Palestinian residents. Peretz generously pledged to “take care of [the Palestinians’] needs and make sure it is good for them … but of course, they would not be able to vote.” As far as he is concerned, call it “apartheid” if you want. He knows better than most that apartheid has been a reality in the territories east of the Green Line for 52 years and there are no signs of improvement.

The revulsion engendered by the education minister’s vision notwithstanding, one must remember that Peretz represents a small party that temporarily enjoys the lack of general political stability generated by the April elections. (Israel is now ruled by a transition government ahead of the September elections.) His declarations do not have an iota of international or regional implications, unlike every word uttered by Prime Minister Benjamin Netanyahu regarding the Israeli-Palestinian conflict. The political and media storm generated by the chair of the United Right overshadowed a far more important pronouncement by Netanyahu three days earlier at a July 10 event marking the 40th anniversary of the establishment of the Judea and Samaria regional council (the settlements’ umbrella organization), when he publicly declared the demise of the two-state solution. “This is a pledge, write it down,” he told the thousands of guests at the event held in the settlement of Revava. “I am making it in my name, but it is unlimited in time. I will not allow the uprooting of any settlement in Israel in any diplomatic [peace] plan. We simply won’t uproot communities — not of Jews and not of Arabs.”

The meaning of perpetuating the existence of the dozens of settlements spread around the West Bank is glaringly clear: It precludes any possibility of a sovereign Palestinian state on contiguous territory and with full control of its natural resources. Netanyahu also declared that the Israel Defense Forces (IDF) and all other security agencies “would continue to control all of the territory up to the Jordan [River].” In other words, not even a previously discussed option of a demilitarized Palestinian state that controls its own borders; from now on, the correct expression is “an Israeli security presence throughout the West Bank.”

This is an appropriate time to cite select passages from the landmark speech Netanyahu delivered 10 years ago (in June 2009) at Bar Ilan University. “The truth is that in the area of our homeland, in the heart of our Jewish homeland, now lives a large population of Palestinians. We do not want to rule over them. … In my vision of peace, there are two free peoples living side by side in this small land, with good neighborly relations and mutual respect, each with its flag, anthem and government …” Not only that, Netanyahu clearly pledged in 2009 that until a permanent status agreement is reached with the Palestinians, “we have no intention to build new settlements or set aside land for new settlements.” In fact, 32 outposts have been erected since then in the West Bank and the number of settlers has ballooned from 296,000 to 413,000 (according to Peace Now data as of the end of 2017, not including East Jerusalem). It should be understood that natural growth does not only occur with Israelis but also with their neighbors.

The symmetry that Netanyahu sought to create between government policy regarding the uprooting of Jewish and Palestinian communities is a mockery. How very noble of him. He knows better than anyone that the thugs living in the West Bank outposts, burning Palestinian fields and uprooting their trees are doing his work for him, with IDF and police forces looking on from the sidelines. Data on Palestinian emigration has already been discussed in the Knesset years ago. In June 2016, the Knesset was informed that over the past 15 years, more than 175,000 Palestinians had been registered at the Allenby Bridge, which connects the West Bank with Jordan, who left and never returned.

Is it possible that Netanyahu does not know that the Civil Administration — the IDF’s arm tasked with Palestinian civilian affairs — rarely approves new Palestinian construction permits in Area C of the West Bank under total Israeli control, and systematically razes every building erected without a permit? What's more, his ruling coalition has pushed through the so-called Regularization Law that allows the expropriation of privately owned Palestinian land and its legal registration under the names of the Israelis who settled on it. And what about the designation of thousands of square miles of land as “military areas,” allegedly for holding military exercises but in fact designed to distance Palestinians from the lands that provide their source of income?

Netanyahu’s annexation declarations are obviously linked to the Sept. 17 elections. The Blue and White party, which aspires to the crown, has a duty to pick up this hot gauntlet, and Benny Gantz and his fellow party leaders must present the Israeli public with a clear response to the idea of imposing Israeli sovereignty over the territories and the resulting disenfranchisement of all their Palestinian residents. They must overcome their fear and reticence about using the word “apartheid.” There is no better example of one nation ruling over another, especially when the ruling nation is turning into a minority. Back in March 2018, official data shared with the Knesset Foreign Affairs and Defense Committee put the number of Arabs residing between the Mediterranean and the Jordan River at 6.5 million, compared with 6.4 million Jews.

True, it is far easier for Blue and White to protest the comments of an unenlightened, right-wing rabbi than to protest against the expulsion of Palestinians from their homes in East Jerusalem. It is also far more palatable to wage a campaign against a prime minister suspected of corruption. However, Israeli voters have to know that on Sept. 17, they will decide whether they will be bequeathing their children a Jewish, democratic, peace-loving state, or an apartheid state forever living by its sword.