The Israeli peace camp must rise to the challenge and craft an effective message during the 50-year celebration of Israeli occupation. 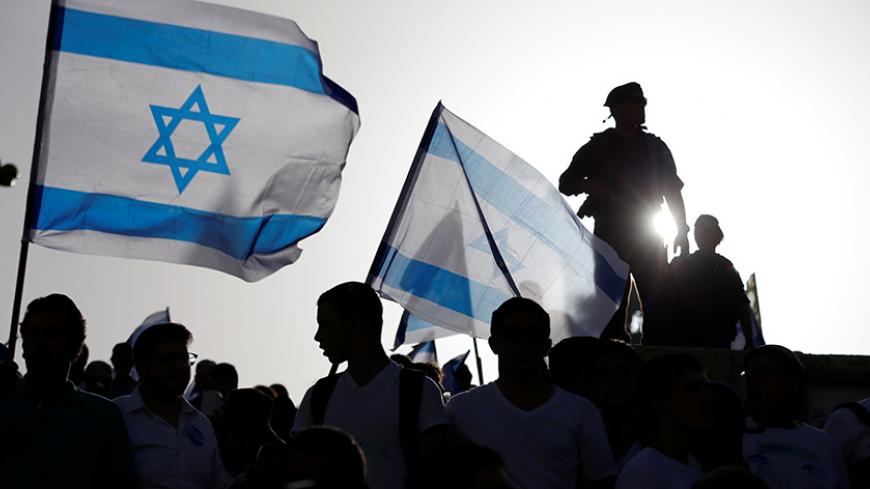 A May 15 letter sent by the Israeli Education Ministry’s pedagogic administration to school principals throughout the country announced that “50 Years of a Unified Jerusalem” will be the theme of the upcoming school year, which starts Sept. 1. The heads of the educational institutions were informed that they will have at their disposal a “program to deepen the students’ affinity and connection to Jerusalem.” The letter stated, “The program is designed for the country’s entire student body” with “certain adaptations for the unique characteristics of various population groups.” It would be interesting to know how the program is being adapted for Arab students who are Israeli citizens. Even more interesting would be the “unique adaptation” for the school children of the annexed Shuafat refugee camp.

The government was quick two years ago in forming a steering committee composed of representatives of government agencies and the Jerusalem municipality to prepare 50th-anniversary celebrations for the unification of Jewish West Jerusalem and Palestinian East Jerusalem. On Aug. 11, the Cabinet approved the recommendation of Prime Minister Benjamin Netanyahu, who is also communications minister, to issue a stamp denoting the 50th anniversary of the unification of Jerusalem and a stamp marking 50 years of Jewish settlement in the Golan Heights and in the Jordan Valley and Judea and Samaria. The Jerusalem municipality, the Yesha Council (settler umbrella organization), the settlements and wealthy right-wing organizations such as Elad, which effectively controls the eastern part of Jerusalem’s Holy Basin, are already in the throes of preparations. The leadership of the Labor Party, whose past leaders initiated the 1967 annexation of Jerusalem and established the first West Bank settlements, will surely be guests of honor at the celebrations.

There are many in Israel for whom June 2017 will mark the unilateral annexation of East Jerusalem and of dozens of its surrounding villages. For them, the settlement beyond the Green Line runs counter to the interests of a Jewish and democratic State of Israel, not to mention constituting a prolonged display of human rights violations against the Palestinians, who have been living in these areas for generations. As far as they are concerned, the settlement enterprise constitutes an obstacle to peace with their neighbors.

This is the time to ask the Israeli public whether 50 years of occupation are enough. Can a people be ruled forever without being granted civil rights? Do the Jewish Zionists really want their great grandchildren born 50 years from now to live in a state where a Jewish minority rules over a non-Jewish majority?

Close monitoring of the activities within the left-wing nongovernmental organizations (NGOs) ahead of the 50th anniversary of the Six-Day War already suggests a totally missed opportunity. The long years of occupation have given rise to countless peace and human rights organizations. Hundreds of salaried employees and volunteers, largely well-intentioned people, are dedicating their time and energy to fanning the embers of peace and Palestinian rights. They are not deterred by hostile legislation and wild incitement on the part of the prime minister and his band of associates. They are the ones warning the international community about the injustice of the Israeli occupation and maintaining what’s left of the belief that Israel’s Jewish citizens are intent on peace.

As Shlomi Eldar wrote Aug. 12 in Al-Monitor, almost every such NGO has a “foreign minister” tasked with expanding ties with international organizations and with governments that exert influence over Israel. The piece cited Rabbi Arik Ascherman, who recently left Rabbis for Human Rights — an important organization that he established and led — to set up a rival organization, Khakel: A Covenant of Human Rights Defenders. The founder of Ir Amim (City of Nations or City of Peoples), Danny Seidemann — one of the country’s leading experts on Jerusalem — established a group called Terrestrial Jerusalem. Retired Maj. Gen. Amnon Reshef founded Commanders for Israel’s Security, which competes with a group called the Peace and Security Association.

The only initiative by the peace camp on the horizon ahead of the 50th anniversary of the occupation is coalescing around Peace Now. The vague slogan chosen for the campaign — “Deciding at 50” — is designed to appeal to concerned Israelis from the political center and moderate right who are put off by “controversial” definitions such as “left,” “occupation” and “apartheid.” The fate of initiatives to organize peace rallies and protests against the occupation in June 2017 hangs in the balance.

The right is marketing victory celebrations, while the left plays the role of the doomsday prophet and party pooper. In recent weeks, the various peace organizations have held discussions on how to rise to this challenge. The right has at its disposal an abundance of public funds, a mass circulation and free daily newspaper (Israel Hayom, owned by the US billionaire and Netanyahu patron Sheldon Adelson), populist television channels (such as Channel 20), an obedient education system, Jewish donors, generous evangelists and assorted tax-exempt organizations. The left-wing organizations are chasing a handful of donors and must deal with significant funding cuts by the European Union and its member states following the economic crisis on the continent and the need to help masses of refugees from the Middle East. Civics teachers are careful not to bring up values that are perceived in today’s Israel as being “leftist,” such as equal rights, and subscribers of the daily Haaretz are considered virtual traitors.

In the absence of an effective partisan opposition, civil society is the last remaining hope of the peace and democracy camp. It is too important and too weak to be split. The 50th anniversary of the “unification of Jerusalem” presents a rare opportunity to close ranks in the defense of values that were once Israel’s inalienable assets.