The recent statement by Mossad chief Yossi Cohen, warning of missed opportunities for peace, indicates his belief that Prime Minister Benjamin Netanyahu must act now and reach out to the Palestinians. 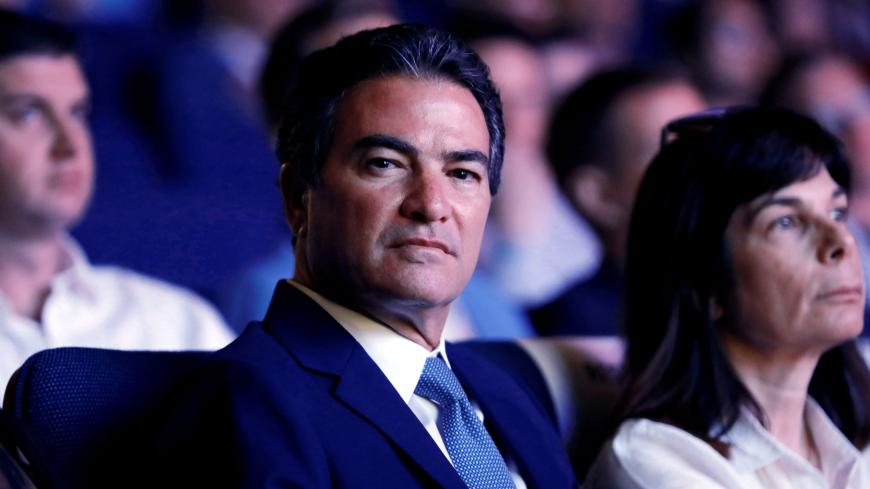 It’s finally official. Mossad Director Yossi Cohen announced at the Herzliya Conference that there was a one-time window of opportunity to reach a comprehensive peace agreement in the Middle East. Peace is no longer relegated to being the dream of various naive individuals; it is the professional assessment of a special unit in the Mossad, charged with identifying diplomatic opportunities. This information was made public by Cohen, a Netanyahu appointee, who served as head of the National Security Council before being named director of the Mossad by Prime Minister Benjamin Netanyahu himself.

For the past few years, Cohen has also served as Netanyahu's unofficial foreign minister. The fact that he chose to say what he did means that he no longer wants to settle for echoing his boss. Netanyahu appoints people who meet a certain profile, but he is unable to clone them and turn them into doubles of himself. Over time, most of them turn out to be people with something to say. Some even disagree with Netanyahu and criticize him publicly. It is quite possible that the director of the Mossad will be joining that select group.

On the face of it, Cohen’s analysis highlights the prime minister’s achievements. These include his close relationship with the Donald Trump administration, his frequent meetings with Russian President Vladimir Putin, the partial restoration of diplomatic ties with the Gulf states and Netanyahu’s contribution to creating opposition to Iran as a common denominator among Israel’s neighbors. All of this has led to the emergence of a new situation. In more practical terms, however, he seems to be calling out a challenge. What Cohen is effectively saying is that Israel is faced with an opportunity that it could miss, and that Israel is not taking advantage of the current circumstances to achieve a comprehensive peace.

It should be obvious that Israel is facing an exceptional opportunity. There have been sweeping changes in the Arab world, while opposition to Israel’s very existence has all but been eliminated with the release of the Arab League’s 2002 peace initiative. That initiative determined that the Arab — and Muslim — world would recognize Israel and establish normal relations with it, if it reaches a peace agreement with the Palestinians. The problem is that every Israeli government since then has allowed this opportunity to elude it. Then-Prime Minister Ariel Sharon managed to dilute the importance of the Arab League’s decision, and none of the prime ministers who succeeded him was willing to engage in peace negotiations based on the Arab League’s initiative. While the growing Iranian threat made the decision even more relevant, improved relationships with the Gulf states, much like closer relationships with the superpowers, were taken in a totally different direction.

No one needs US Ambassador to Israel David Friedman to pick up a sledgehammer and break ground on some road in East Jerusalem — as he did this week, participating in a ceremony of opening an archaeological tunnel in East Jerusalem. Israel could forego that “achievement” with ease. There has been no change in the Golan Heights after US President Trump decided that it is part of Israel, and it remains to be seen whether the settlement named after Trump (Trump Heights), which was put up so hastily, will even have residents, given that the earlier settlement on the same spot was abandoned. When there is a government in Israel that decides to make peace with Syria, it will return the Golan Heights, with or without the generosity of the US president, under pressure from his settler-ambassador. Even the decision — which was correct in principle — to recognize Jerusalem as Israel’s capital, should have been part of a broader recognition that Jerusalem is home to two capitals: of Israel in the west and of Palestine in the east. Trump’s decision — much like his decision to symbolically transfer some of the embassy’s authority to Jerusalem — will only be fulfilled when the Palestinians recognize it.

What Cohen is actually saying is that the stars are currently aligned. He says that Israel must take advantage of this rare situation before it passes and achieve a comprehensive peace between Israel and the Palestinians, at a price that can’t be beat. No brilliant team, even one headed by the president’s son-in-law Jared Kushner himself, can find a better alternative to the one proposed in former US President Clinton’s Parameters of 2000 and laid out in detail in the Geneva Initiative of 2003.

Anyone who wants to can interpret Cohen’s remarks as sharp criticism of his immediate superior (Netanyahu) for wasting a rare international opportunity on a handful of pathetic gestures, instead of achieving historic peace for Israel in fortuitous circumstances, especially when compared to what happened in the early 1950s. Back then, President Dwight Eisenhower and Secretary of State John Foster Dulles pressured Israel to agree to territorial compromises and to turning Jerusalem into an international city.

If it is true that Netanyahu agreed to a proposal by US Secretary of State John Kerry just a few years ago that peace between Israel and the Palestinians would be based on a two-state solution per the 1967 lines but with mutual adjustments — a claim that Netanyahu has “clarified” is inaccurate, though people in the know, who were there at the time, will swear that it is — there is a better chance to achieve this now than there was during the rocky relationship between the Arab states and the Barack Obama administration.

A senior source I spoke with from one of the other security branches responded with a grin to the title of the Mossad chief’s talk. He told me that the opportunity had been in place ever since 1600 Pennsylvania Avenue became home to a president who states openly that he will do whatever we want, whether it is one state, two states, or anything else. It should be clear that this is a rare opportunity, and that if we don’t take advantage of it now, we will regret it for many years to come. Everyone understands what the Mossad chief was saying. No one in the other branches of the defense establishment contests his remarks. Israel is losing its Jewish majority, and this is more than just a devastating blow to the Zionist dream. It is a serious security risk. If the border between Israel and the Palestinians is drawn with a president as supportive as Trump standing beside Israel — and possibly even prepared to get involved in funding reparations to the Palestinian refugees — it would be the best way to take advantage of the current opportunity in the region. After all, it is like so many other opportunities: It may seem as if it is here to stay, but it is, in fact, just a passing phenomenon.