Iraq plans to diversify its oil exports via new pipelines through Jordan and Syria. 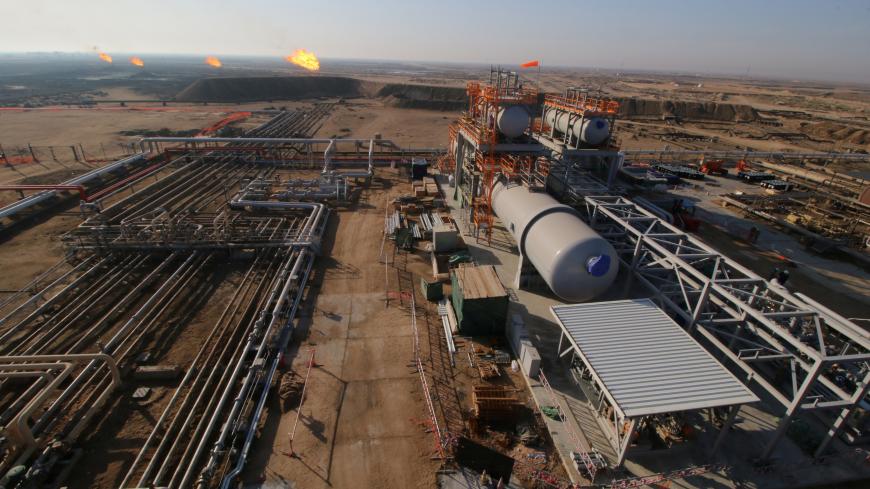 BAGHDAD — As Iraq exports most of its crude oil production, the Iraqi government is trying to diversify its oil export outlets in a bid to avoid any damage that could result from the tense security situation in the Gulf region.

Iraqi Prime Minister Adel Abdul Mahdi said in a press conference July 9 said that the government was considering export routes through Syrian and Jordanian territory, and added that Baghdad is “worried about the current events in the Strait of Hormuz and their potential impact on the Iraqi economy.”

Last month, Iraq's production of crude oil reached 3.52 million barrels per day exported through the port of Basra, situated on the Persian Gulf, and the pipeline extending from Kirkuk to the Turkish port of Ceyhan.

Iraq and Jordan agreed in February to activate the agreement to extend an oil pipeline with a capacity of 2 million barrels per day from Basra to the Jordanian port of Aqaba.

Some reports also point to Baghdad's intention to build a new pipeline to Turkey to replace the current pipeline, which is subject to ongoing acts of vandalism.

Assem Jihad, a spokesman for the Ministry of Oil, told Al-Monitor, “The ministry is considering the extension of an Iraqi oil pipeline through Syrian territory to the Mediterranean Sea, and is in the process of studying the economic feasibility of the project and the appropriate geographical and security conditions.”

He said the idea had been proposed in 2004 but delayed due to unstable security conditions in both countries.

As for the oil pipeline to Jordan, Jihad said, “The project was voted upon by the Council of Ministers after its implementation was agreed upon with Oman and 1 million barrels of Iraqi oil will reach the port of Aqaba every day. We are currently studying investment offers from international companies that will establish the pipeline in return for a percentage that will be deducted for each exported barrel.”

Asked why Iraq chose Syria and Jordan, he said, “The goal is to increase Iraqi export outlets and find markets for the increasing oil production. This has nothing to do with the security situation in the Gulf. The construction of the pipeline will take four to five years, and by the time it is ready, the situation might have changed.”

This contradicts Abdul Mahdi’s statements about the increasing threats facing navigation in the Strait of Hormuz, which Iran has repeatedly threatened to close.

The equivalent of one-third of the world production of crude oil goes through this strait on a daily basis.

Two Norwegian oil carriers were attacked in June in the Gulf after a similar attack on Saudi tankers off the Emirati coast in May. Washington said Iran was behind the attacks, which suggests that the region is to witness further tension that could eventually disrupt the export of oil through the Strait of Hormuz, which links the Gulf to the Indian Ocean.

Of note, the pipeline expected to go through Syria would be the second of its kind if completed. A former pipeline extending from Kirkuk to the Syrian port of Banias on the Mediterranean was no longer operational after Damascus supported Iran its war with Iraq in 1980. And after 2003, the tense security conditions on both sides of the border did not allow for the construction of the new pipeline. The desert areas were and still are controlled by terrorist groups such as al-Qaeda and the Islamic State (IS).

Hamza al-Jawahiri, an oil expert and former adviser in the Iraqi Oil Ministry, said, “Britain's detention in Gibraltar of the Iranian [oil] carrier headed to Syria led Iran to pressure Iraq on July 4 into supplying Syria with oil.”

Early July, Gibraltar police announced the arrest of the captain of the Iranian oil tanker after a throrough search of the ship. Last week, Britain accused Tehran of trying to prevent a British tanker from entering the Gulf.

This is not the first time that Iranian vessels have headed to Syria via Gibraltar to avoid going through the Suez Canal. Saudi Arabia has significant investments in the canal zone.

The sanctions imposed on the export of Iranian oil prevent Tehran from supplying Bashar al-Assad’s regime with oil products via declared official means and lead to smuggling.

Haybat al-Halboosi, the head of the Committee on Oil and Energy in the Iraqi parliament, told Al-Monitor that his committee “does not know the details of the oil pipeline project between Iraq and Syria and is seeking to know its objectives from the competent government agencies.”

“We believe that increasing our oil export outlets can help reduce the damage that could result from an expected conflict in the Gulf. This is why we are in principle in favor of this project,” he added.

Iran's moves are not limited to the oil pipeline project as Tehran also has behind the railway project between the Imam Khomeini port in Iran and the Syrian port of Latakia through Iraq. These projects may be subject to internal and international sanctions that could prevent the Iranian side from breaking the economic siege.