After many years, Iraq and Iran have decided to form a joint committee to resolve differences about the oil fields between the two countries and the supply of a new oil pipeline to Iran. 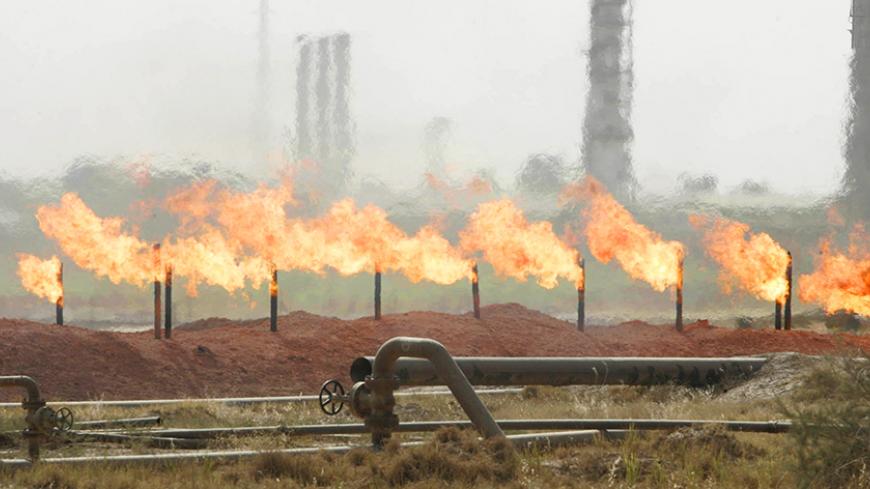 On Feb. 20, the Iraqi Oil Ministry signed a memorandum of understanding with the Iranian Oil Ministry to settle disputes over the joint oil fields and examine the possibility of building a pipeline to export crude oil from the Kirkuk fields, in the north of Iraq, through Iran. The ministry also wants to study moving Iraqi crude oil to the Iranian Abadan refinery.

According to an Iraqi Oil Ministry statement, Iraqi Oil Minister Jabbar al-Luaibi agreed with his Iranian counterpart Bijan Zanganeh during the latter’s visit to Iraq on coordinating their stances in the Organization of the Petroleum Exporting Countries (OPEC) to achieve balance in the global oil markets, support oil prices and study the construction of pipelines to export crude oil from Kirkuk fields through Iran.

Five Iraqi oil fields are situated along the border with Iran: Dehloran, Shahr, Paydar Gharb, Aban and Al Noor. Baghdad and Tehran share the fields of Majnoon, Abu Ghraib, Bazerkan, Al-Fakkah and Khana. These fields contain huge reserves of light crude oil close to the earth’s surface and reserves exceeding 95 billion barrels. This is the largest reserve of hydrocarbons in the Middle East.

On Feb. 2, Iranian companies resumed drilling 20 new oil wells in the southern Azadegan field, which is one of the shared oil fields between Iraq and Iran.

Oil and Energy Committee member of parliament Ahmad Madloul told Al-Monitor that most disputed oil wells are Iraqi, according to the maps that were published before the Iran-Iraq war. But Iran believes otherwise. The agreement will be decisive for settling the dispute. He said, “If a joint committee is not formed, the oil wells will bring bigger problems in the future for both countries.”

He asked that the committee identify, when formed, the proprietorship of the lands first to find out who rightfully owns the oil wells on the shared borders.

Iraq and Iran occasionally accuse each other of overstepping when it comes to the shared oil fields. As a result, the formation of a committee to solve the disputes was requested.

The Institute of Development Studies, based in London, indicated in its 2012 report that Iraq lost around $17 billion due to Iranian violations of the shared oil fields, which means around 14% of the state’s yearly revenues. The report noted that Iran extracts around 130,000 barrels a day from four shared fields — Dehloran, Shahr, Paydar Gharb and Aban.

Oil experts at the Iraqi Ministry underlined the importance of the agreement with Iran. Hamza al-Jawahiri, an oil expert, told Al-Monitor, “The activity in these fields must be specified in an agreement to allow for its development from both Iraq and Iran.”

As for building oil wells between Kirkuk and Iran, Madloul said, “Kurdistan would not allow this because the pipeline would have to pass through Sulaimaniyah in the Iraqi Kurdistan region.”

He added, “If Iran and Iraq implement the above idea, the federal government in Baghdad will make do without the pipelines under the Iraqi Kurdistan region’s control, which transfer oil from the north of the country to Jihan Port in Turkey. Then, it is loaded on board ships.

Jawahiri said that a pipeline between Kirkuk and Iran would be highly beneficial because Iraq needs more ways to export oil. Moving Kirkuk’s oil through Iran would give Iraq more flexibility in exporting the oil from northern fields if the Turkish Jihan pipeline is out of order.

He added that if Sulaimaniyah refuses to build the pipeline, the Iraqi government will resort to peaceful ways to convince it, noting that military force can be legally used against Sulaimaniyah if it does not cave in.

Kurdish members of parliament have another opinion in the issue of building a pipeline through Iran. Tareq Sadiq, a member of parliament with the Kurdistan Alliance, told Al-Monitor, “Extending a pipeline from Kirkuk to Iran is impossible. The project will not go through due to its high cost, political situation and partisan disputes that would impede it. Sulaimaniyah will not allow it.”

According to Zanganeh, Iran wants to implement several strategic projects to enhance its cooperation opportunities with Iraq. He seemed reassured about the improvement of global oil prices, following OPEC’s decision to reduce production in December.

Strategic expert Abdul Rida al-Hamid, an academic at the Faculty of Management and Economics at the University of Baghdad, said that the agreement was signed with Iran because successive Iraqi governments have not adopted clear economic policies, in general, and oil policies, in particular. The state lacked a specific identity. He told Al-Monitor, “The Iraqi government’s oil policy faces many challenges, including international willpower, the domestic political situation and the connection between the state’s existence and the oil pipelines.”

He added, “The government will not resort to exporting oil through a long and costly pipeline. It can make up for this by establishing a pipeline from Kirkuk to Basra, which is more efficient economically and less costly. It would also shield the Iraqi economy from political fluctuations and would open thousands of job opportunities for the unemployed.”

Hasty governmental solutions that the Iraqi government has been adopting to rescue itself from the various crises will only multiply its woes and will not stabilize the Iraqi economy. 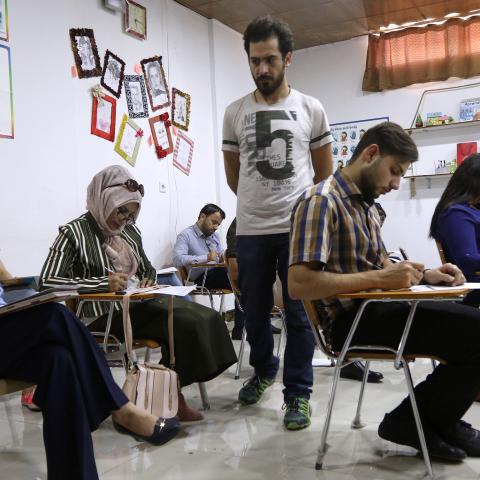