The oil swap deal between Iran and Iraq represents an opportunity to counterbalance Saudi-Iraq ties. 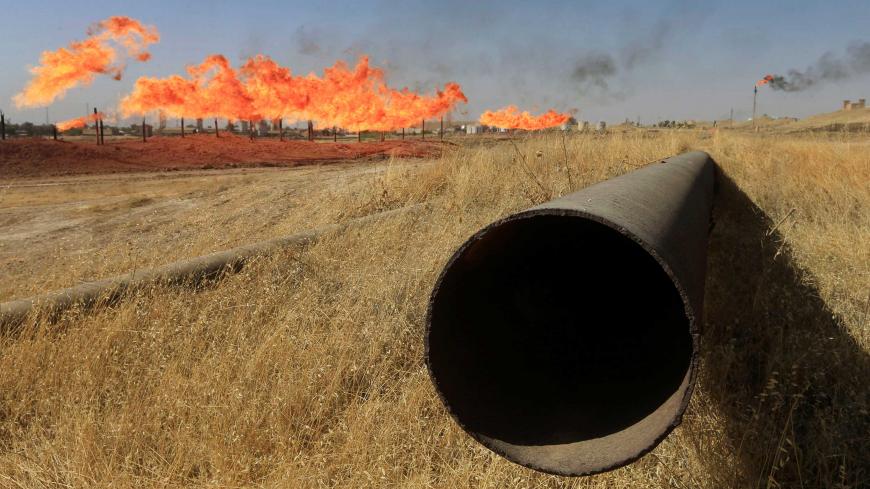 In December 2017, Iran and Iraq signed an oil swap deal, and on Jan. 14, Iraqi Oil Minister Jabbar al-Luaibi announced that Iraq will start exporting oil from the northern Kirkuk fields to Iran before the end of January. This new level of Iran-Iraq cooperation, which brings back memories of the so-called Friendship Pipeline between Iran, Iraq and Syria, is liable to disturb leaders in both Saudi Arabia and Turkey, especially as controversy flares over Turkey’s surreptitious oil trade with the Kurdistan Regional Government (KRG) and Saudi Arabia realizes that 2017 oil export increases from Iraq and Iran may have consequences on the kingdom’s export monopolies and power within OPEC.

Iraq's plan to start exporting crude oil from the northern Kirkuk fields to Iran before the end of January depends on logistics, Iraqi Oil Ministry spokesman Assem Jihad told Argus Media in November 2017. As Reuters reported last December, “The agreement signed … by the two OPEC countries provides for Iran to deliver to Iraq’s southern ports, on the Gulf, [refined] oil of the same characteristics and in the same quantities as those it would receive from Kirkuk.” Tanker trucks from Kirkuk will deliver crude oil to the Kermanshah border area where Iran has a refinery.

Both parties agreed to swap up to only 60,000 barrels per day (bpd) of crude produced. This is below 25% of the 2014 Iran-KRG pipeline's expected capacity, and it is much less than the 90,000 bpd that Baghdad ships to Ceyhan, Turkey. Nevertheless, it can be a game-changer for both parties, opening the way for increased oil trade. As Iranian Oil Minister Bijan Zanganeh told state-run news agency IRIB during the 173rd OPEC meeting, “Although it [the oil swap deal] is considered a small contract in the oil industry, it is a strategic partnership.” Iranian authorities also announced that they are planning to build a pipeline to carry the oil from Kirkuk. The pipeline could replace the existing export route from Kirkuk via Turkey and the Mediterranean by pipeline. It was originally planned to transit the oil via Syria before that country descended into civil war.

In a further sign of the agreement’s strategic importance, Iran’s Oil Ministry newsletter noted that “Iraq entering Iran’s energy transit routes can expand Iran’s role as an energy hub in the region and boost economic benefits. A closer relationship between the two countries that are competitors in the oil market, an increase in the export of crude oil from Kirkuk, less reliance on Turkey and finding new routes to export are among the positive implications of this agreement for the Iraqi side.”

The Iraqi parliament’s vote to ban Kurdish engineering firm Kar Group from operating in Kirkuk’s oil fields is a further sign of support for this trend. Moreover, for Iran, the oil swap deal with Iraq represents an opportunity to counterbalance the Saudi-Iraq ties renewed by the 18 memorandums of understanding signed between Baghdad and Riyadh in December.

For Iraq, the deal opens a new trade route for its northern fields and enhances its position in front of Turkey for oil export routes. It also has the advantage of muddying up Saudi Arabia’s ranking in the market.

Turkey’s Ceyhan port has served as the export point for Kirkuk since 1977, despite a host of political and technical disruptions. Since 2013, the KRG has used the port for an independent pipeline operated by the KRG without Baghdad’s approval to connect the twin Kirkuk-Ceyhan pipelines on the border with Turkey. After Iraqi military forces advanced on the KRG’s fields in October 2017, pumping in the fields was supposed to be on hold. However, Ankara seems not to be strictly adhering to Baghdad’s decision and may be continuing with some business with the KRG. Groups such as Argus Media have reported the KRG’s pumping rate to Ceyhan is still reaching some 320,000 bpd. While this is a 40% decrease from the usual 550,000 bpd before the independence referendum crisis, it is enough to question Ankara’s support for Baghdad's objective of sanctioning the KRG’s independent oil exports.

In a period of growing tensions between Saudi Arabia and Iran, the oil-trade rapprochement between Iran and Iraq will certainly influence Riyadh’s relationship with Baghdad. And if this deal turns into a strong energy cooperation, it might be enough to grab the market and challenge Saudi Arabia’s position as OPEC’s de facto leader and the largest player in the global oil market.

In 2017, Iran and Iraq both challenged Saudi Arabia’s oil export volume. According to ship tracking data from Bloomberg, in October 2017, Iraq exceeded Saudi Arabia in both its exports to the United States and its exports to India. (Bloomberg noted Iraq’s average sales to India were 794,000 bpd in 2017, compared with 738,000 bpd by the Saudis.)

Iran has ramped up output as well, doubling its exports. For example, Iranian exports to China have almost equaled Saudi numbers. According to Bloomberg, Saudi Arabia shipped 833,000 bpd to China in September 2017, compared with 600,000 bpd from Iran.

It remains unclear if Turkey or Saudi Arabia should panic over this oil swap deal. After all, Iran and Iraq have gone through a number of tentative cooperation initiatives before that ultimately fell through (e.g., the Friendship Pipeline). However, if the deal does ultimately turn into a larger strategic partnership, then Ankara and Riyadh may need to start preparing to rework their own energy strategies as well.

Ali Kiani contributed to this report.