Iraq is reaching the final stages of a project that would bring oil from Iraq through Aqaba to Jordan and Egypt, reports Omar al-Shaher. 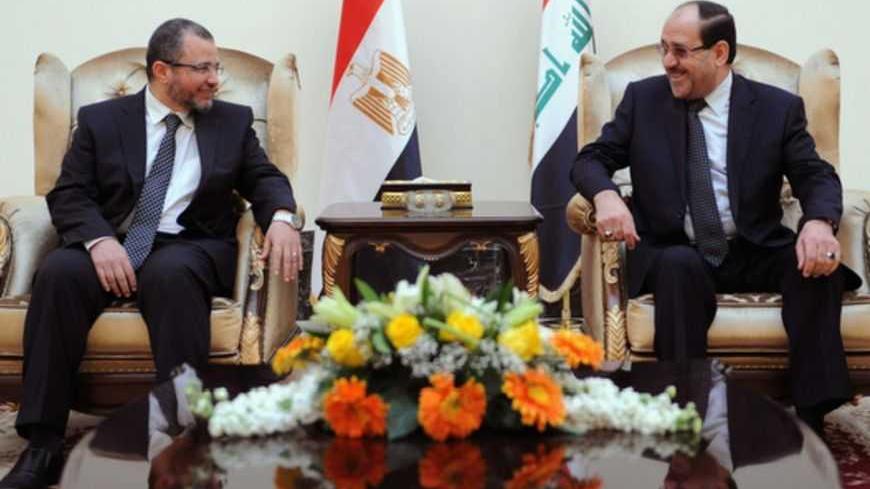 Iraq is close to completing design of a pipeline to carry Iraqi oil to Jordan and Egypt through the Gulf of Aqaba. Once completed, the project is to be handed over to a specialized company, pursuant to investment regulations.

It is expected that this pipeline will fulfill Iraq's needs for oil derivatives; Iraq will use Egyptian refineries in exchange for supplying Egypt with around four million barrels of crude oil per month. In this regard, the Iraqi spokesman at the Ministry of Oil, Assem Jihad, said that “Iraq has extended a pipeline from the oilfields of Basra to the Haditha region in the far west of Anbar, near the Jordanian border. Iraq has formed a set of technical committees to design the pipeline that will extend from Haditha to the Jordanian port of Aqaba. The project will be open for investments."

He added, “The export capacity of the pipeline amounts to one million barrels per day. A gas pipeline will shortly be built.”

The part of the pipeline situated within the Iraqi borders provides oil to many cities across the Euphrates, and several refineries in Anbar.

During his visit to Baghdad at the beginning of the month, Egyptian Prime Minister Hesham Kandil discussed supplying Iraqi oil to the Egyptian refineries with his Iraqi counterpart, Nouri al-Maliki.

“We discussed supplying the Egyptian refineries with crude via a pipeline across the Gulf of Aqaba, which is considered a vital route to bolster the Iraqi, Egyptian and Jordanian economy,” said Maliki in a statement.

Maliki noted that it was agreed that they would hold a bipartite ministerial meeting chaired jointly by both prime ministers in Cairo to sign the new agreements pertaining to the fields of industry, agriculture, oil, trade and tourism.

At the end of his short visit to Jordan last year, Maliki announced the agreement concluded with the kingdom to extend a pipeline from Iraq to the Port of Aqaba.

During the same visit, Maliki signed “agreements in the fields of economy, oil and energy with the Jordanian prime minister, in addition to trade, agricultural and transportation agreements that included the extension of a pipeline through the Port of Aqaba — with an export capacity of one million barrels per day — and a gas pipeline,” according to a statement issued by the office of the Iraqi prime minister.

“In addition, they agreed to a bolstering of the cooperation in transportation and striving to connect both countries through railways,” the statement added.

The pipeline aims to meet the oil needs of Jordan. The kingdom is currently acquiring around 12,000 barrels of crude oil per day from Iraq, in compliance with the agreement that stipulates an amount of 10,000 barrels of crude per day, to be raised to 15,000 and 30,000 barrels at later stages, in addition to 1,000 tons of heavy oil.

Ali Musawi, a spokesman for Maliki, has declared that “initially, each country was supposed to cover the costs of the pipeline construction taking place within its borders; however, Iraq seems to be currently heading towards paying all of the costs.”

“Once the work of the technical committee is through, the project will be set forth for investment,” he added. Musawi believes that this project will reap benefits for Iraq, Jordan and Egypt together.

Currently, the price of an Iraqi barrel of oil sold to Jordan, which is supposed to amount to $18, is scaled down to only $5, given the transportation and insurance costs Jordan has to cover.

Last November, the Iraqi government announced the offer of 100,000 barrels of crude oil as a donation to the Jordanian people.