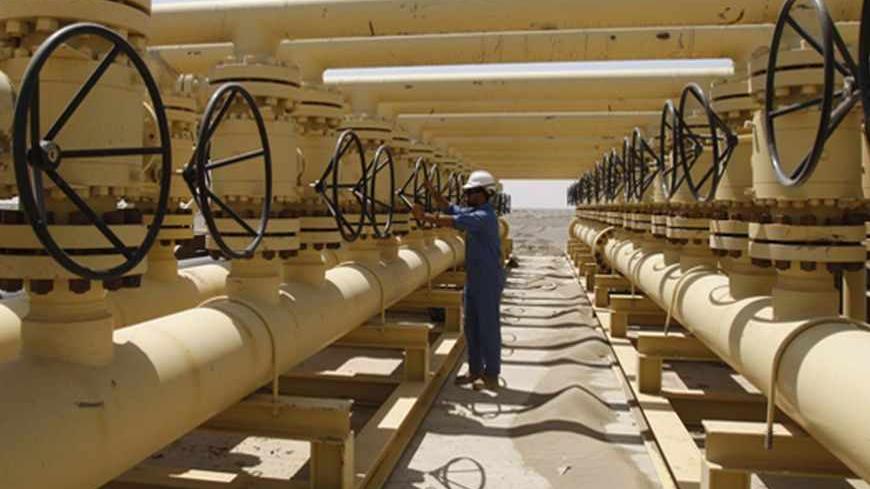 Iraq announced that its oil exports during the month of March rose to nearly 75 million barrels, compared to its exports in February, which amounted to 71 million barrels. Meanwhile, the deputy chairman of the Finance Committee in the Iraqi parliament said that the Oil Ministry is using these figures to [divert attention from] the fact that it failed to deliver on its commitments to achieve a real increase in the volume of exports.

A spokesman for the Iraqi Oil Ministry, Assem Jihad, said in a statement received by Al-Monitor that the crude oil exports for the month of March witnessed an increase in the exported quantities and revenues, as the volume of exports reached 74.9 millions barrels with a revenue that amounted to $7.77 billion.

Jihad said, “The exported quantities of crude oil for the month of March last year include oil from Basra (in the south), whose total exports reached 65.1 million barrels,” explaining that “their revenue amounted to $6.76 billion.” He went on to say that oil exports from Kirkuk (in the north) amounted to 9.8 million barrels with revenue that reached $1.08 billion. “The average selling price was $103.77 per barrel,” he added.

The ministry's statement did not mention the volume of daily exports, but according to the announced numbers, Iraq currently exports about 2.5 million barrels per day. This represents an increase of about 200,000 barrels from the size of Iraqi exports reached before the toppling of former Iraqi President Saddam Hussein in 2003 by US forces.

Jihad said that “28 companies of various nationalities transported oil to Jordan from the ports of Basra and Khor al-Amaya on the Arabian Gulf, and to the Turkish port of Ceyhan on the Mediterranean Sea using road tanks.”

But Ahmed Hassan Faizullah, deputy chairman of the Finance Committee in the Iraqi parliament, told Al-Monitor, “If we divide the figures announced by the Ministry of Oil by the number of days in the month of March, we would discover that Iraq's daily exports did not significantly differ from those of previous months.”

The Oil Ministry announced last month that Iraq's oil exports fell to 71 million barrels in February, given that this month only has 28 days.

Faizullah, a senior member of the Kurdish Alliance, which regularly criticizes the oil policy of the Iraqi government, said that "the declared numbers do not match the plan announced by the Ministry of Oil on increasing exports.”

“They declare an increase in exports without showing the numbers that they previously pledged to achieve but failed,” he added.

In 2010, Iraq concluded contracts with international companies to develop a number of oil fields, aiming to produce about 6 million barrels per day by 2017. But experts in the energy sector rule out that Iraq could achieve this volume of exports by the year in question for several reasons, including the limited export capacity.

Faizullah believes that “this is like the power issue; the government has been vowing since 2005 that the following year would witness the end of the electricity crisis in Iraq. Every year, it reiterates the same pledge without anything materializing on the ground.” He continued, “In the oil sector, they declare an increase in exports, but what about the numbers that they vowed to achieve? Did they achieve them? Not at all.”

“Comparing Iraq's investment in the oil field — which is nearly $15 billion in the budget year 2013 — to the export revenues, leads us to discover that little profit was made.”