Iraq has announced that it will stop the export of oil to Iran from Kirkuk fields to abide by the new wave of US sanction on Iran imposed Nov. 5. 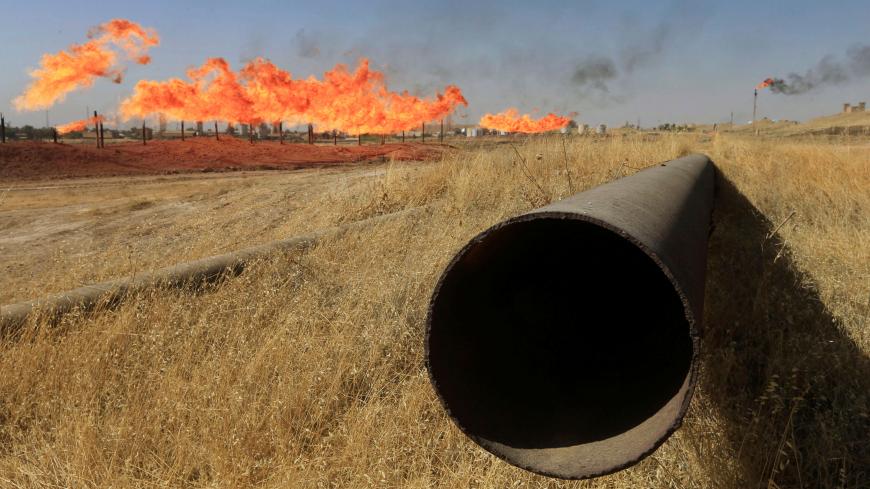 Iraq's new Prime Minister Adel Abdul Mahdi has opted for the policy of his predecessor, Haider al-Abadi, by committing himself to the US sanctions on Iran. A few hours after he was sworn in, Abdul Mahdi stated Oct. 26 that when it comes to said sanctions, priority will be given to Iraq’s interests and independence.

Nevertheless, Iraq is seemingly incapable of doing without Iran, given their close bilateral economic ties. For this reason only, Iraq demanded that the United States allow the country to continue to import vital Iranian gas and energy supplies and food products. Washington consented Nov. 2, provided that payments not be made in US dollars. Oil exports from the Kirkuk field, however, are excluded. Iraq's new Oil Minister Thamer Ghadhban stressed that his country will “review” its current oil exports to Iran.

Sources at Iraq’s Oil Ministry indicated Oct. 26 that in the second half of November, Iraq will stop transporting its crude oil from the Kirkuk oilfields to Iran in conformity with the US sanctions imposed on Tehran.

Speaking to Al-Monitor, spokesman for the Oil Ministry Asim Jihad indicated that “complying with the sanctions imposed on Iran will be less detrimental for the Iraqi economy. This is following the rise in Iraq’s oil exports, which exceeded 3 million barrels per day from the southern ports of Basra province in October 2018 and made more than $8 million in revenues.”

“In parallel to such a significant surge in oil exports, the Iranian exports, estimated at less than 30,000 barrels per day, are not that much. Hence, the boycott would be of little impact on oil revenues,” he added.

Hamza al-Jawahiri, an oil expert for the Oil Ministry, told Al-Monitor that “not complying with sanctions will have political consequences. First and foremost, Iraq depends on Iran in the power sector. When sanctions enter into force, [Iraq] will lose 5,000 megawatts of power, which it cannot make up for elsewhere. This will cause popular uproar, political instability and insecurity, which were [previously] reflected in the protests in the southern and other parts of the country.”

On the other hand, Jawahiri believes that “regardless of how hard the situation is, Iraq is required to comply with sanctions, which were adopted under Chapter 7 [of the United Nations Charter]. Not complying with the sanctions would cause a big problem, namely confiscating Iraqi funds, and will subsequently perturb bilateral ties.”

Political analyst, researcher and secretary of the Iraq Media Observatory Mahmoud al-Hashimi said that “Iran’s allies, be they political forces or the factions that battled against the Islamic State [IS] organization, are against harming ties with the neighboring country.”

Based on that, he expressed his view that “remarks about Iraq complying with the sanctions, including boycotting the oil sector, are promotional statements made for political reasons.”

Hashimi expected that “any rupture of oil ties with Iran will fail. This is due to the trade balance between the two countries, which exceeds $12 billion. To boot, 15,000 factories have stopped operating in Iraq, which also suffers from agricultural recession in parallel with the water and power crises. Hence, it is crucial to maintain the flow of the trade via the Iraqi-Iranian border.”

There are other reasons that make the rupture of oil ties hard between the two countries. Analysts reported Oct. 27 that the length of the boundary between the two countries will prevent sanctions on Iran from being fully applied. The same scenario was witnessed as the United States imposed sanctions on the former Iraqi regime in the 1990s. Given the extensive border between Jordan and Iraq and developed bilateral ties, Jordan did not comply with the US sanctions.

Ali Abdul Kareem al-Moussawi, director general of the Gas Filling Company — which is a company of the Oil Ministry, indicated Oct. 28, that “the US sanctions will have an indirect effect on Iraq.”

Nevertheless, Salam Smisem, economic expert and adviser for the Iraq Private Banks League, told Al-Monitor that “both Washington and Baghdad are aware of the threat that an oil boycott would cause Iraq. This is why, according to Reuters’ Nov. 2 article, Iraq was allowed to continue to temporary import Iranian gas used for power generation. This is because power shortages will cause a popular resentment that Washington does not want the new government to face.”

Smisem believes that “this will maintain good Iraqi-Iranian ties,” and he underlined that “on Nov. 5, a new system of payment [entered] into force in Iraq and makes it difficult for Iraq to trade with Iran in dollars, given the harsh supervision on Iraqi banks. This affects Iraq’s economic situation and stability. Keen to maintain stability in Iraq, Washington will show flexibility when it comes to Baghdad dealing with Iranian products.”

Pro-Iran media outlets have circulated reports that the government in Baghdad is ready to stand by Iran’s side in this crisis and is determined to cross all lines to save its neighbor given their close ties following the fall of the Saddam regime, the enemy of Iran, in 2003. Yet it is clear that the Iranian oil dossier and sanctions will consist of a key challenge to the new government and could prompt Baghdad to mediate between Washington and Tehran or to convince the United States to exempt Iraq from Iranian sanctions.