The US is allowing Iraq to keep purchasing gas from Iran without sanctions, to allow Baghdad time to develop alternate sources. 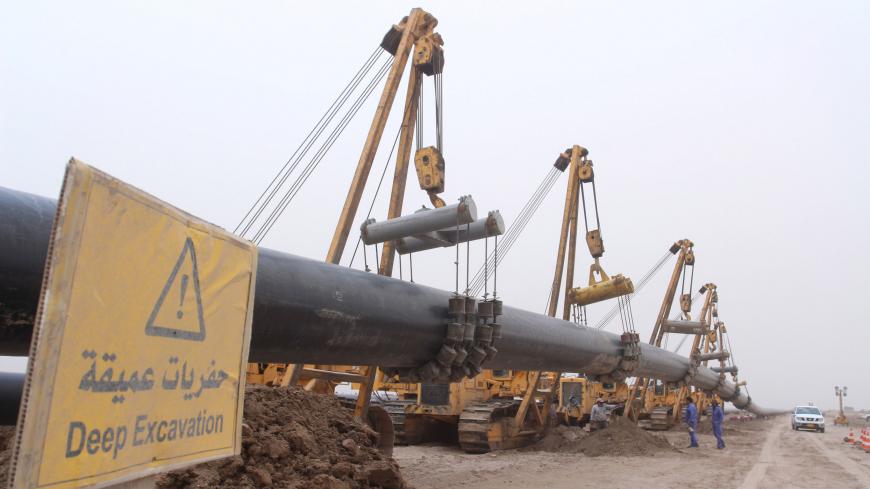 The United States has decided to grant Iraq a third 90-day sanctions waiver so it can continue to purchase gas from its sole provider, Iran, giving Baghdad some much-needed breathing room. On May 22 in Baghdad, Joey Hood, US chargé d'affaires in Iraq, stressed to reporters that the waivers will not continue indefinitely, so the United States is working with Iraq to reduce its dependence on Iran.

The announcement came a week after Iraqi Oil Minister Thamer al-Ghadhban said at a news conference that Baghdad is prepared for a gas shortage if one develops, but hopes that taking such action will not be necessary. He did not offer any details. Iraq's power grid is fueled by gas purchased from Iran.

Iraq is already in the position of having to stretch resources. Ghadhban's message was intended to assuage public concern about the possibility of extensive power cuts over the summer, when temperatures routinely exceed 105° F. Officials already expect a wave of protests against the worsening electricity situation in the second half of the year and are concerned that they might pose a threat to Prime Minister Adel Abdul-Mahdi’s government. Last summer, mass protests over electricity cuts turned violent in the south.

Hassan Montazer Torbati, director of the National Iranian Gas Company, spoke on May 14 of an anticipated jump in exports to Iraq, which are expected to hit 40 million cubic meters a day, an increase of nearly 12 million cubic meters. The figures are for total Iranian exports to Iraq, which include gas for uses other than electricity, such as cooking.

Musab al-Mudarres, spokesperson for the Iraqi Electricity Ministry, told Al-Monitor, “Iraq currently relies on Iranian gas to generate 2,800 megawatts. This is by importing 28 million cubic meters of Iranian gas per day through the Diyala and Basra pipelines.”

Iraq will increase its gas imports for electricity to between 35 million and 38 million cubic meters beginning in June, Mudarres said. “These imports will not be affected by the US sanctions,” he asserted. “This is because Iraq is committed [to the sanctions] and is using the Iraqi dinar when dealing with Iran, not US dollars. All financial transfers are being made via the central bank and in a transparent manner.”

Washington has encouraged Iraq to make deals with US companies and improve its electricity capacity. In April, Baghdad tentatively agreed to a deal with Saudi Arabia that would connect the countries via some 150 miles of power lines. A feasibility study must first be conducted, and building and establishing the actual connection would take about a year, according to Mudarres.

Iraq is currently seeking to develop gas fields to meet its own needs and is establishing gas- processing plants that are expected to be completed in 18 to 24 months. Its power plants will continue to rely on Iranian gas until work at the processing plants is completed, according to Assem Jihad, a spokesperson for the Oil Ministry.

Hamza al-Jawahiri, an Oil Ministry employee, explained to Al-Monitor how Iraq has no pipeline network with any country other than Iran, noting Qatar's distance from Iraq. “The US is well-aware that Iraq has no alternative to Iranian gas. Thus, it will not pressure [Iraq] on the matter, [but] the Iraqi government must hasten to complete the plants it already started constructing to attain self-sufficiency and end its reliance on Iran.”

In exchange for extending the waiver, the United States is expected to impose conditions, perhaps a time limit and a program to help Iraq invest more effectively to boost the country's own gas resources. According to media reports, Iraq has almost 131 trillion cubic feet of gas reserves, but as much as 700 million cubic feet of it is burned off daily through inefficiency.

Iraq's geography and natural resources basically leave it with two options — speed construction of gas-processing plants to ensure a steady power supply or build networks with countries beyond Iran.