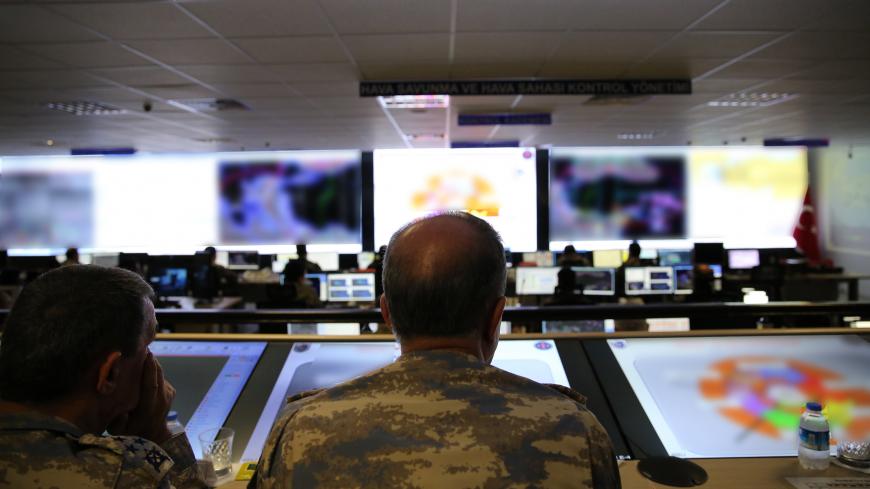 In another incident, Turkish fighter jets on late June 27 targeted two civilian cars on Kurtak road at the foot of the Qandil Mountains in Iraqi Kurdistan, killing three persons from one family and wounding five civilians from another family, including children. Ankara’s reasoning for the strikes is to target the Kurdistan Workers Party (PKK) in the area.

The PKK, a Kurdish guerrilla force struggling for autonomy in Turkey, was formed in the late 1970s by Abdullah Ocalan, who is now imprisoned. The PKK launched an armed war against the Turkish army in 1984 that continues today. The PKK is described by Turkey, the United States and the EU as a "terrorist" organization.

The Qandil Mountains, a rough mountainous triangle area of northern Iraq stretching to the borders of neighboring Iran, is the stronghold of PKK fighters. Ankara, which accuses the PKK of launching assaults from the Kurdistan Region, has been targeting the region for decades; consequently, thousands of Kurdish villagers have been killed, injured and forced to evacuate their farms and orchards.

Bakr Baiz, the mayor of the town of Qaladze, 136 kilometers (85 miles) northwest of Sulaimaniyah, told Al-Monitor, “The Turkish fighter jets bombarded two civilian cars on Kurtak road, which connects Choman, Soran and Raniya districts; consequently three members of one family — a father a daughter and a son — were killed inside a minibus. Five other civilians from another family were injured inside the second car.”

“This is the third time in recent years that Turkish jets have massacred entire members of a family, as they are either targeting cars or civilian houses,” the mayor added.

He emphasized that the PKK fighters neither have activities in the area targeted by Turkish jets — as the area has no shared border with Turkey — nor any direct clashes with the Turkish army.

He said those killed were Abbulla Ali Mina, 53, his daughter Kurdistan Abdullah, 30, and his son Haryad Abdullah, 21.

A Turkish airstrike June 26 in the Bradost area, 70 kilometers (43 miles) northeast of the Kurdistan capital, Erbil, killed one civilian and wounded another, increasing the death toll to four civilians in that area in one week, locals told Rudaw.

The Kurdistan Regional Government (KRG) said in a statement Saturday that the incident happened because of “PKK fighters’ deliberate presence within the villages,” thus “jeopardizing civilians’ lives.” The statement stressed that Erbil is not accepting the use of “its territory as a launch pad for attacks against neighboring countries,” and asked Turkey not to target civilians.

However, Balambo Muhammed, a Kurdish lawmaker from the Patriotic Union of Kurdistan in the Kurdistan parliament and a member of the permanent committee on internal security, said such Turkish attacks on civilians cannot be accepted for any reason.

He told Al-Monitor that his party and others are trying to get the Kurdistan parliament and the KRG to tell Turkey to "cease its savage and inhumane deeds against civilians and seek a peaceful solution to the issue.”

He said that Iraq under the ousted Baath regime and Turkey had an agreement to use each other's territories to safeguard their borders, and that the KRG should have ended that agreement after the 1991 Gulf War. He said that if the KRG “cannot terminate the agreement, it is the duty of the Iraqi federal government to review previous agreements with Ankara.”

When he was still Turkish prime minister last year, Binali Yildirim said his country had set up 11 regional bases in the Kurdistan Region. Last week, Al-Monitor columnist Metin Gurcan, citing security sources, wrote that Ankara “is planning to maintain a permanent presence in northern Iraq in the aftermath of the ongoing land and air operations.”

Meanwhile, Kawa Muhamad, a member of the Iraqi parliament from the Kurdish Gorran (Change) Movement, raised a petition June 29 with the signatures of 55 Iraqi lawmakers, calling on the presidency of the parliament to discuss the issue of Turkey's violation of Iraq’s sovereignty, Turkey's military presence in the Kurdistan region and Turkey's targeting of innocent civilians. Lawmakers asked that Iraqi Prime Minister Adel Abdul Mahdi, the country's interior minister and other important officials be invited to the parliament to “know the reality of the decades-long issue and finding a serious and permanent solution for it.”

The Iraqi Foreign Ministry, in a June 29 statement, spoke of the four civilians killed and four others wounded as the result of airstrikes by two Turkish fighter jets that day. “While we are keen to establish long-term strategic relations and to prevent acts emanating from Iraqi territory against the security of neighboring Turkey, we believe that unilateral acts of war violate Iraqi sovereignty and contradict the principles of good neighborliness that govern the relations between two countries and pose a serious violation of international humanitarian law,” the statement read.

The ministry said that no matter Ankara's justifications, Turkey should stop its bombardment of Iraqi areas, respect Iraq’s sovereignty and undergo joint cooperation to protect the border security of both countries.

Repeated civilian casualties as a result of Turkish airstrikes, artillery and cross-border operations, coupled with Baghdad and Erbil’s incapability to stop the violations, has led to the establishment of a new force from the Qandil Mountains under the name Self-Defense Forces in the Kurdistan Region. The new force said it will target Turkish army bases inside the Kurdistan Region, thus fueling further instability for a region whose government still does not have a Cabinet, even though a president and prime minister were recently elected.

Several Kurdish political parties denounced what was termed the Kurtak massacre. Social media users across the Kurdistan Region posted photos of the victims, stirring a massive resentment toward the Turkish military presence in the region, and raising fears that Ankara under Erdogan's presidency plans to revive the Ottoman Empire’s Mosul Vilayet and annex the Kurdistan region to Turkey.