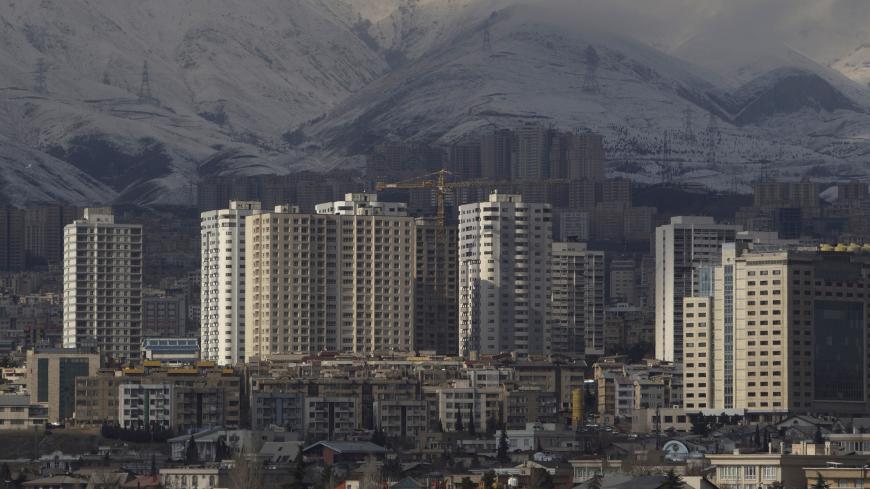 A general view of housing complexes in northwestern Tehran on a clear day, Feb. 12, 2011. - REUTERS/Morteza Nikoubazl

Iran’s housing sector is in a dire state, with prices skyrocketing and sales plummeting across the country, especially in metropolises. The government of President Hassan Rouhani and the parliament have several major initiatives in the works, but do they really stand a chance at turning the faltering sector around?

When President Donald Trump announced in May 2018 that the United States was withdrawing from Iran’s nuclear deal with world powers and unilaterally imposing harsh economic sanctions, a currency crisis developed in Iran that shot up inflation. The immense inflationary wave soon hit the housing sector, which had just exited its longest recession in recent history.

Since then, housing affordability has considerably declined across Iran, leading to lower home sales and a stagnant properties sector.

But the bustling capital Tehran, which has traditionally accounted for one-third to half of all home deals in Iran, is having it the worst. According to the latest report published by the Central Bank of Iran, the average price of each square meter of a home in Tehran reached 133 million rials ($3,166 at the official rate) during the third Iranian month that ended June 21, signaling a whopping 104.3% annual increase. Only about 6,000 homes were sold in Tehran in that month, indicating a 59.8% drop compared to the same month of the year before.

In this backdrop, the general public naturally looks to the government to make things better for the ailing middle to lower classes whose purchasing power, which was mostly not enough to buy an average home, even before the past year’s surge in expenses, has taken a major hit. This has prompted the Rouhani administration to strive to accelerate implementation of longstanding plans, even if the short-term results will not meaningfully improve conditions for average Iranians.

Most importantly, the government earlier this month announced that it had begun implementation of its long-awaited social housing construction campaign, the National Action Plan for Production and Supply of Housing.

Promised for over two years, the major project entails construction of 400,000 small- and medium-sized apartments (70-100 square meters) across the country, particularly in the province of Tehran. About half the homes are to be constructed in Tehran’s suburban “new towns,” such as Parand in the west and Pardis in the east. The project is slated to be completed by early 2021.

“While people expect government intervention at times of hardship, the reality is that such interventions more often than not lead to disturbances,” housing expert Mehdi Soltan Mohammadi told Al-Monitor. “This does not mean that government initiatives will have no effect, but the main role of the government in these scenarios should be to facilitate flow of private capital to the housing sector.”

Indeed, Iran has had ample experience with failed large-scale state projects. The most infamous is Mehr Housing, a huge plan launched by the government of former President Mahmoud Ahmadinejad to provide housing to low-income families during an economic recession. It aimed to build more than 1 million homes, but ultimately came to be known as not much more than a populist project.

In addition to heavily tapping into central bank resources, creating a lasting challenge for the banking system and the economy at large, it was also criticized for poor construction and planning. Mehr units were among the buildings that suffered the most damage during the 2017 earthquake in the western Kermanshah province. The Mehr project continues to be a thorn in the side of the Rouhani government that has yet to be able to finish it about a decade after its launch.

Perhaps this is why Rouhani’s project is designed differently: The Ministry of Roads and Urban Development will provide the land for new developments and exert supervision, but it will enlist private sector construction firms that will be able to bid for contracts and receive state loans and subsidized building material.

Either way, even as massive property price hikes seem to be relatively cooling, it would be very unlikely for Iran’s housing markets to become affordable for average Iranians in the near future.

“That would require a successful tackling of inflation, a significant reduction in political risks, an easing of construction regulations that are actually tightening by the day and boosting quality housing supply to suburban areas that are mostly unattractive due to inaccessibility and lack of infrastructures at the moment,” said Soltan Mohammadi.

The expert believes that under current circumstances, even as markets are poised to move toward a more stable price outlook, the number of home deals will not experience a meaningful increase for at least another year due to the significantly reduced public purchasing power.

In addition to building homes, the Rouhani government is coordinating with members of parliament to implement two important tax initiatives: one to tax empty homes and one to tax capital gained from engaging in the housing market. Both are aimed at combating speculative activities in the housing market that have only picked up as prices grew.

Parliament has approved the general outlines of both plans as Iran eyes tax incomes as a major way of boosting locally generated income in the face of US sanctions.

The approved proposal for the capital gains tax calls for a 5% levy on home deals during the first year of implementation, a rate that will grow to 10% and 15% in the second and third years. The proposed tax rate will rise to 20% from the fourth year onward.

While the housing capital gains tax is expected to be levied in the foreseeable future, implementation of the empty homes tax seems farther off. It requires a national system to keep track of the estimated 2.6 million empty homes and a further 2.1 million second homes across the country, some of which are luxury homes unaffordable for most. The last deadline for launching such a system was due last year when former roads minister Abbas Akhoundi was in office, but it may still be several years until it is launched.

According to Soltan Mohammadi, even if the two tax initiatives are successfully implemented, they cannot be expected to affect more change than partially reducing speculative activities.

“The common perception that the empty homes are some sort of a grand ploy to yield huge profits are misconstrued,” he said. “To accurately measure the impact of the tax initiatives, we first have to know why these homes are empty, and reasons could be as diverse as recession, owners living offshore, owners living in other homes and, partly, speculation.”