Egypt is preparing to launch work on the Golden Triangle project in Upper Egypt, with the aim to develop the region, boost the economy and create job opportunities. 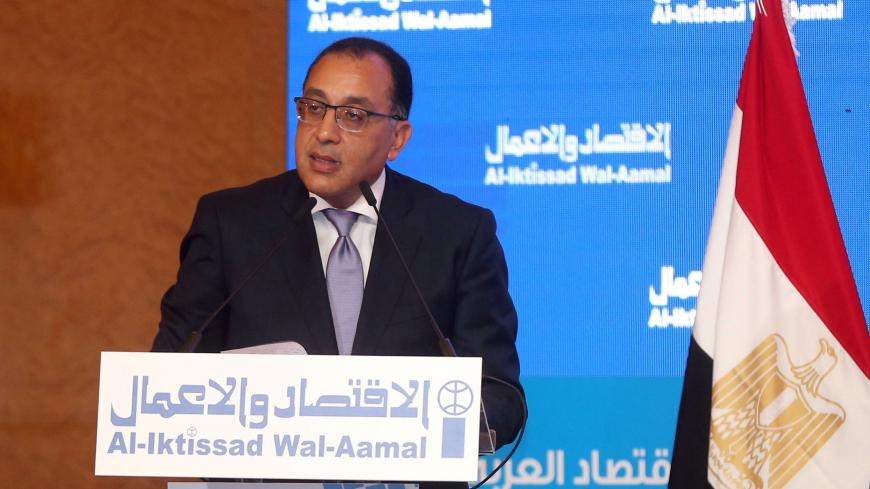 Egypt is starting the execution of a major development project called the Golden Triangle project, which will serve the governorates of Upper Egypt with the aim of developing the region and creating job opportunities for its residents.

Prime Minister Mustafa Madbouly held a meeting July 21 with officials responsible for the project in order to follow up on its implementation. Madbouly stressed that the Golden Triangle project is considered a major national development plan, serving the Red Sea cities and the southern region of Egypt, that largely depends on existing mineral resources.

In addition, Madbouly said that the Italian consultancy office RINA Consulting (formerly D'Appolonia) had finished its feasibility study of the project and it is now ready for implementation.

Based on the study, he entrusted a working group to develop the project’s execution phase in order to initiate the development and utilization of this area.

The Golden Triangle project, which will cost $19 billion, is located in the Red Sea governorate and is prepared by the government-affiliated National Authority for Remote Sensing and Space Sciences in order to develop the area between Safaga, el-Qoseir overlooking the Red Sea and Qena in Upper Egypt.

The project was announced in March 2015, and a presidential decree was issued in July 2017 to establish the economic zone of the Golden Triangle. The General Authority for Urban Planning is funding the project. The Italian consultancy firm set out the blueprints of the project in 2015, in cooperation with the Industrial Development Authority; the $1.7 million fees for the firm were paid through a grant by the Kuwaiti Fund for Arab Economic Development.

Economists have praised the project, saying it would attract investments to Upper Egypt as well as Red Sea governorates, create job opportunities for residents and boost the Egyptian economy.

Ahmed el-Shami, an economist and professor of feasibility studies at Ain Shams University, said that the Golden Triangle project consists of building industrial entities based on mineral and agricultural components.

“This project is going to create a commercial, agricultural, industrial, tourism and economic zone in the region. It also [works on exploiting] many minerals, including copper, gold, lead, tin, heavy metals and rare elements, as well as raw materials such as limestone that is an important source of the cement industry in Egypt,” Shami told Al-Monitor.

According to Red Sea Gov. Ahmed Abdullah, the region already has the infrastructure and the area is ready for investments. “There are ports and airports in the region that are necessary to start development projects,” he said in a press statement.

Tourism experts say that in addition to natural resources, the area of the Golden Triangle has many important archaeological sites, dating from the ancient Egyptian ages through the Greco-Roman era to the Coptic and Islamic times, such as the Ottoman Castle in el-Quseir, Wadi Hammamet and Dendera Temple.

According to the experts, the archaeological sites can give a major push to the country’s tourism industry through promotional campaigns and in light of development projects being carried out in the region.

“Many tourists — especially those fond of cultural tourism — would be interested in visiting this area that has an abundance of important tourist sites. The area has good infrastructure and other development projects that can serve tourists are being implemented,” Hossam Akawy, a tourism expert and head of the General Coalition for Tourism Professionals, told Al-Monitor.

Egypt’s tourism industry has been suffering following the January 25 Revolution. However, in recent years the sector has started to pick up with intensified government efforts in this regard.

According to data released July 4 by the Central Bank of Egypt, the country's tourism revenue rose by 29.5% in the first nine months of last fiscal year compared to the same period in 2017-18. Tourism revenues recorded about $9.4 billion in the first nine months of fiscal year 2018-19 compared to about $7.25 billion during the same period last year, data showed.

“The Golden Triangle project will help in the establishment of an economic, tourism and logistics center that would increase exports [of mineral and agricultural products], create key industries and push for development,” Shami concluded.