Egypt’s tanneries complex gets revamp, to be turned into tourist, cultural hub

The old tannery complex is located inside Magra El-Oyoun Fence, which is a historical site dating back to the Mamluk era. 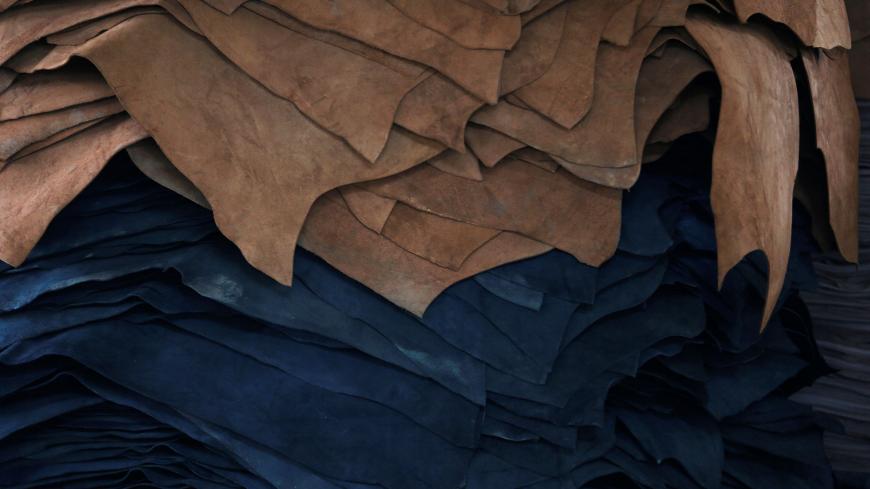 “It is way better than before,” said Abdel Hameed Harb, a tannery worker, referring to the relocation of all tannery workshops and factories to an eastern Cairo neighborhood.

Harb is among hundreds of tannery workers who have been relocated as part of a government plan to turn its decadeslong tannery complex into a tourist and cultural hub. The old tannery complex is located inside Magra El-Oyoun Fence, a historical site dating back to the Mamluk era. It was built during the era of Sultan Al-Ghuri in the early 16th century.

Harb is now located in Robbiki, a neighborhood in eastern Cairo where workshops and factories are well equipped, which he said are "very different from the old dilapidated workshops."

On Feb. 19, the Egyptian government announced the completion of removing all tanneries in the area. The construction of the cultural hub in the area will be carried out in two phases. The first stage will take two years and the second stage will be completed within 5 years.

The project includes the construction of two theaters, one of which will be open air, cinemas, restaurants, markets, a handicraft center, plastics art galleries, multipurpose halls and studios with accommodations where actors could stay.

Basem al-Ashqar, director general of antiquities affairs in ancient Egypt and al-Fustat area at the Ministry of Tourism and Antiquities, told Al-Monitor that the steps to develop Magra El-Oyoun Fence include a modern planning vision aimed at maximizing the benefit of this region on the social and economic levels.

Ashqar said that the development work aims to revamp the dilapidated lands spanning an area of 90 acres inside historic Cairo, mainly to create alternative activities and uses that highlight Cairo's role as a cultural tourism center.

“The fence is considered a miracle of Islamic water architecture in Egypt, and in the sector of Islamic and Coptic monuments it is called the fourth Islamic pyramid of architecture,” Ashqar added.

The project is set to develop the region and conduct cultural activities such as handicrafts and give a space to showrooms and industries related to the archaeological area and museums open to the area behind the fence.

It will be divided into various areas for leisure activities, including areas for culture and arts, international cuisine, cafes, hotels, handicrafts, markets, multipurpose empty spaces, landscapes and green spaces.

Prime Minister Mustafa Madbouly also suggested installing a cable car between Al-Fustat Park and Al-Azhar Park to highlight the civilization and greatness of Egypt and its ancient history.

Tourism experts say that the project will give a major push to the country’s tourism industry and revive an ancient archaeological site that would attract many tourists.

Hossam Akawy, a tourism expert and a member of the Red Sea Tourism Investors Association, said that the idea of renovating Magra El-Oyoun Fence was put forth several years ago, but it was never implemented because of the massive relocation of residents and tannery workers.

“However, the current government has succeeded in providing compensation for them by providing decent workshops and houses for those who were relocated,” Akawy told Al-Monitor.

Economists also said that the new project would boost the leather industry in Egypt as the workers will have better equipment and workshops.

“Most of the old tanneries were dependent on a technology that went back a hundred years or more, despite the great development in this industry worldwide,” Ahmed El-Shami, an economist and a professor of feasibility studies at Ain Shams University, told Al-Monitor.

He noted that relocating the workers to Robbiki is a great move from an environmental, economic and civilizational point of view.

“It relieves the capital of overcrowding and population density in that slum area and it helps to develop an industry that is one of the most important industries that serve the Egyptian consumer at home and the national economy with its hard currency,” he said.