An exhibition of Egypt's sports heritage in the Egyptian Museum in Cairo shows that sports was clearly for all in Egypt — from rulers to women. 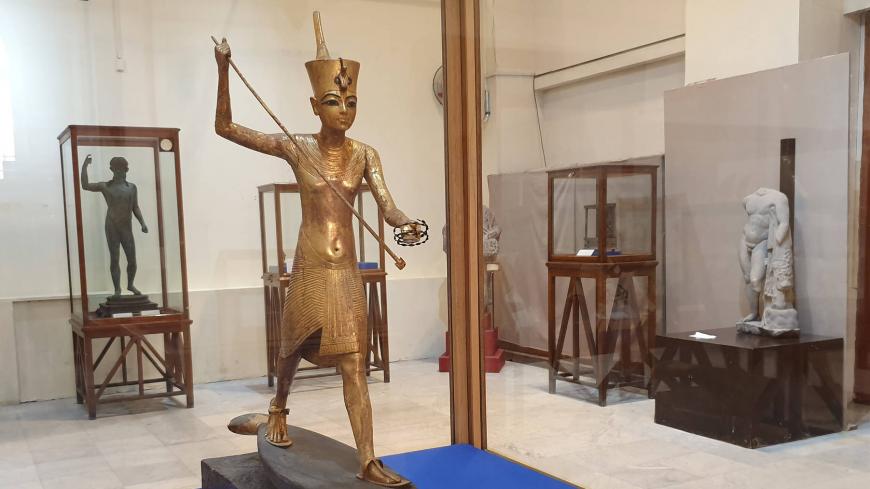 A statue of King Tutankhamun holding a javelin is on display at the exhibition “Sports Through the Ages,” which is being held at the Egyptian Museum in Cairo, June 23, 2019. - Salwa Samir

A statue of King Tutankhamun holding a javelin in his right hand and a bronze chain in his left greets guests at the exhibit “Sports Through the Ages” at the Egyptian Museum in Cairo.

The exhibit, which will run until Aug. 20, pays homage to Egyptian sports heritage as the country hosts the 32nd Africa Cup of Nations (Afcon). The cup, which began June 21, runs to July 19; it is being held in six stadiums in the governorates of Cairo, Suez, Alexandria and Ismailia.

"Sports Through the Ages,” organized by the Ministry of Antiquities, was opened by Minister of Youth and Sports Ashraf Sobhi on June 20. He told local media that the exhibition is “a promotional message for Egyptian tourism” and a homage to the country’s commitment to sports throughout the ages. He said hosting the Africa Cup of Nations tournament was “a global success for Egypt."

The exhibit displays a collection of artifacts and statues to highlight the different sports ancient Egyptians practiced — from boxing and wrestling to athletics and swimming.

Visitor Nadia Ibrahim snapped a selfie with the gilded wood figure of Tut and told Al-Monitor the statue "is a stunning piece of art representing the javelin throw. I am glad to see such priceless items at an exhibit celebrating old sports that are still being practiced.” The statue also is the official mascot for Afcon 2019.

The exhibition has more than 90 artifacts. While 80 of them are part of the Egyptian Museum’s collection, others are borrowed from institutions such as the Museum of Islamic Art, the Prince Mohamed Ali Palace Museum, the Gayer Anderson Museum and the Luxor Museum. 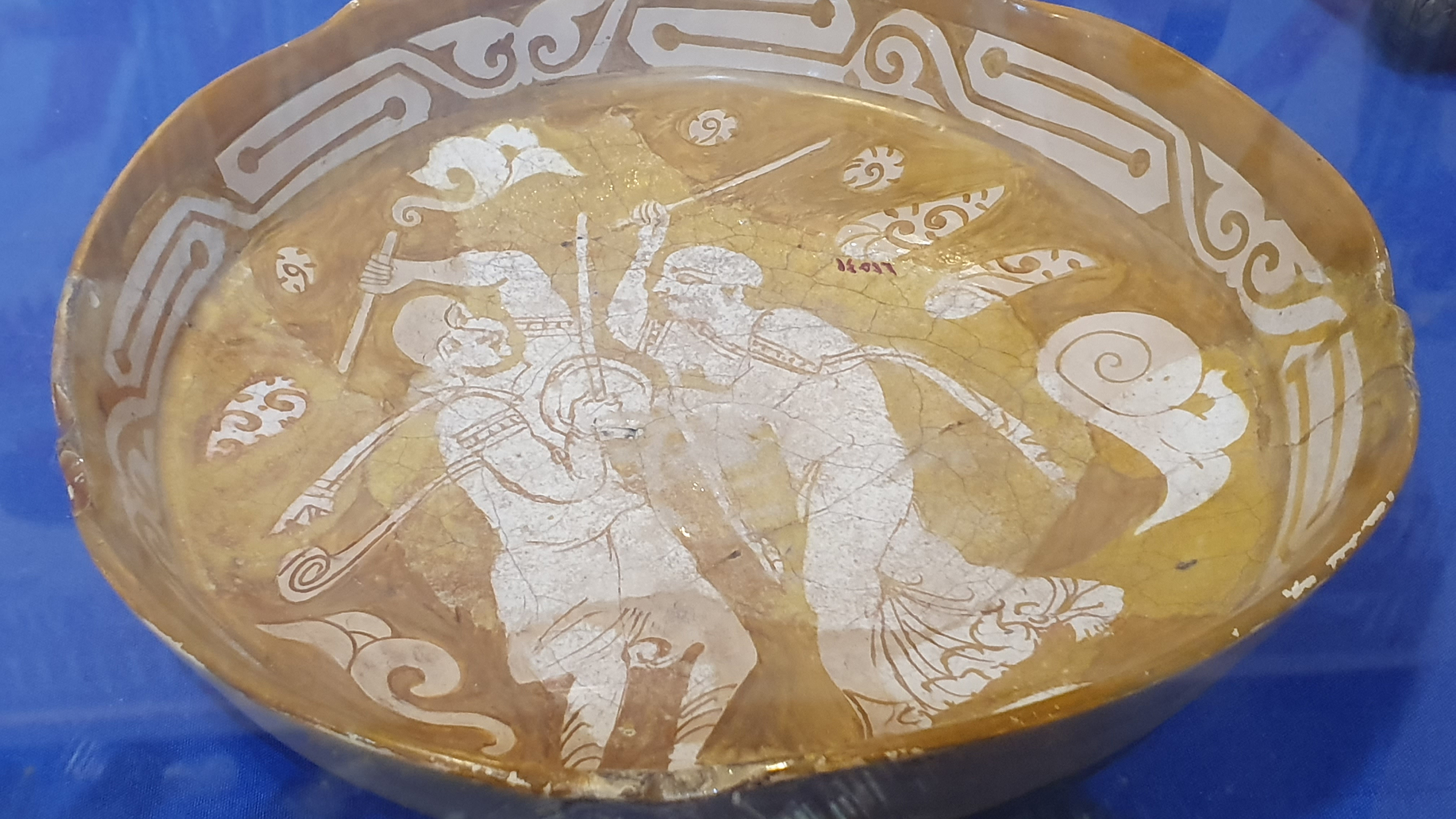 A luster-painted ceramic plate showing two men practicing tahtib is on display at the “Sports Through the Ages” exhibition at the Egyptian Museum in Cairo, June 23, 2019. (Photo by Salwa Samir)

One of the paintings — which was originally found in a wall inside the 21st century B.C. tomb of the ancient Egyptian official Baqet III — shows 220 pairs of wrestlers spread over six rows. These figures throw, pin, take down or punch each other, and the same pose is never repeated.

The exhibition also displays a statue of King Amenhotep II, who ruled between 1427 and 1400 B.C. The 68-centimer (27-inch) statue made of schist represents the king, famous for his athletic abilities, standing proudly and showing off a muscled body. The sportive king is also shown on an engraving riding on a chariot with the reins tied about his waist and shooting arrows at a copper target.

A luster-painted ceramics plate from the Fatimid era (909–1171 A.D.) shows a scene from tahtib, a traditional stick-fighting Egyptian martial art that dates to 2500 B.C.

The exhibition also shows that Egyptian women were involved in sports historically. A painting in one of the Beni Hasan tombs in Minya shows four girls playing handball.